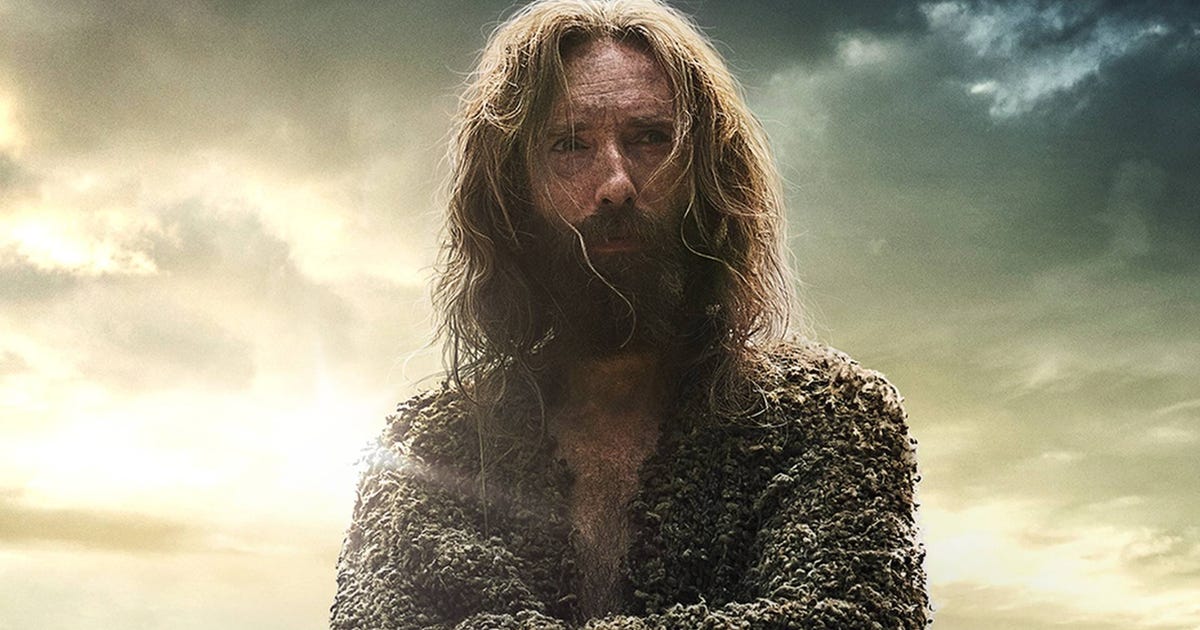 The fifth of eight episodes in this first season of The Rings of Power is now available to watch on Prime Video, and there’s still one huge mystery we’re no closer to solving. Despite loads of screen time, it still isn’t clear who The Stranger is. From the moment he crashed onto Middle-earth in a ball of fire, audiences have been speculating wildly as to who this might be, but nothing has felt conclusive. Is this meteor man friend or foe? Will this character play a pivotal role in the end of the season or will the mystery persist into the next? It’s tough to know for sure.

In a July interview with Screenrant during San Diego Comic-Con, actor Daniel Weyman had the following to say about his time as The Stranger.

“They were pretty clear at the beginning that what they were bringing me was a character who had, at his core, a really deep and primal purpose. He had a need to accomplish something; he had a desire to accomplish this thing. Once I began to tap into that, and feel that deep in the core, then other things flowed out of that.

As much as we don’t know about him, I think what we’re going to do — if we can stay with him — is to see that the way that he impacts communities around him is going to be dramatic. We are going to learn and learn and learn, and finding out what exactly is going on might not be so quick.”

We many not know for sure who it is, but there’s plenty of information in lore and interviews and what we’ve seen on screen to rule out a few things. Here are the top guesses I’ve found across the internet, with some details about how likely it is for a given guess to be correct.

At this point in the story, Sauron has vanished to build his strength and take on Middle-earth through his grand plan. To enact that grand plan, he needs to be at the seat of power in a way that nobody suspects he’s got evil in his heart. In Tolkien’s stories, Sauron appears as a disguised elf named Annatar and uses his skills as a master craftsman to get Celebrimbor’s attention. Together, they make a whole lot of very pretty rings you might have heard of.

While it would be interesting for Annatar to make a grand appearance like this, arriving in a ball of flame that Gil-galad himself saw streak across the sky, and maybe claiming to not remember his past, The Stranger probably isn’t Annatar. The biggest reason is the ears. As the lovable Harfoot Poppy points out, he hasn’t got pointy ears and he isn’t handsome.

It’s worth adding here that, according to the showrunners in a recent interview, Sauron hasn’t yet appeared on screen. That could be a deflection, as Sauron is known to disguise himself, and the shirtless tavern guy seemed to think that starfall was a sign of the dark lord’s impending arrival. Or it could be that this meteor man isn’t Sauron, which seems plausible.

Peter Jackson’s films are fantastic, but they did Glorfindel dirty. In the books he is at the Council of Elrond after having rescued Frodo from the Ringwraiths and not Arwen. As much as I enjoyed Liv Tyler’s performance as Arwen, in the books Glorfindel went toe-to-toe against multiple Ringwraiths because he’s just that strong, and that power is never present in the movies. That’s probably because he killed a Balrog by himself when he was young, and so was a little overpowered for those movies, but that’s not a big problem for The Rings of Power.

Glorfindel is described as having been sent back to Middle-earth in the Second Age with powers that rivaled those of the Five Wizards, which would explain the Wizard-like powers shown in the first two episodes. He also attempts to communicate through constellations, which is something ancient Elves like Glorfindel would have been well-versed in.

Unfortunately, Glorfindel is also described as a beautiful elf with golden hair. While it’s possible The Stranger just needs a bath and a shave to transform into a fairer being (look it up, actor Daniel Weyman cleans up nice) the lack of pointy ears makes this less likely.

He’s older, gray-ish and seemingly wields magic powers — that’s gotta be Gandalf as he’s arriving in Middle-earth, right? It’s a reasonable guess given what we’ve seen on screen, including the many forms of magic this character is capable of wielding, but this probably isn’t Gandalf.

Gandalf the Grey, alongside Radagast the Brown and their leader Saruman the White, don’t arrive in Middle-earth until a ways into the Third Age. That means The Stranger landed in front of Nori a very long time before Gandalf is sent to help fight Sauron, at least according to Tolkien. If this show is going to mess with when Gandalf arrives in Middle-earth, there had better be a great explanation for why.

Gandalf and the other two Wizards didn’t land in Middle-earth until the Third Age, but there are actually five Wizards of Middle-earth. The other two are most commonly referred to as the Blue Wizards, since Tolkien describes their robes as a sea blue. While these two are equal in power to Gandalf or Radagast when they arrive, their contributions are not well documented by Tolkien. We don’t know a ton about what these Wizards were doing here, only that when Allatar was sent here he asked Pallando to join him and Tolkien described the two as having “had very great influence on the history of the Second and Third Age.”

It’s possible Allatar and Pallando were separated when they first arrived in Middle-earth, and the language barrier between him and Nori could be temporary while he identifies his powers in this new place. But if it’s really one of the Blue Wizards, it’s extremely odd they did not arrive together or clad in blue.

Another extremely fun Tolkien character who was done dirty by the Peter Jackson films, Tom Bombadil is one of the oldest living beings in Middle-earth, and his powers are just sort of unknown. Glorfindel suggested during the Council of Elrond that the One Ring be given to Tom to destroy, because one of the most powerful Elves alive at the time thought he was up to the task single-handedly.

Tolkien didn’t write much of anything about what Tom was up to during the First Age or the Second Age, only that he was in Middle-earth hanging out with his wife, Goldberry, who was also a river spirit. Tom and Goldberry are known to have had frequent interactions with Hobbits, making it likely they were familiar with ancestors like the Harfoots. Maybe it was the kindness of Nori Brandyfoot which lead Tom to be so kind to Hobbits?

When most people hear the term Balrog, they immediately think of the giant smoke and fire monster Galdalf fights at the end of Fellowship of the Rings and the beginning of The Two Towers. And for the most part, that’s a fairly safe bet (though worth pointing out there’s a fair bit of debate amid the Tolkien community as to whether these monstrous beings have wings or not) when imagining a Balrog.

That having been said, The Stranger is unharmed by his magic fire and survived a ridiculous landing and there’s only a handful of beings capable of either. This group of beings are known as Maiar, the primordial beings used to help shape the world before it was populated by any living beings. That’s right, Wizards and Balrogs are made of the same stuff and as such have a lot of the same abilities. This includes the ability to change shape.

Tolkien never wrote of Balrogs as anything other than large demons who serve Morgoth, and of course that incident in Khazad-dûm, so calling it a stretch that The Stranger is a Balrog is something of an understatement. But it is technically possible given what Tolkien wrote, and we do know from the trailers that a Balrog will be making an appearance at some point in the show.

Still, he’s probably not a Balrog.