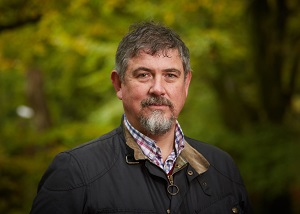 The early 2020s will be studied by historians as a time of global uncertainty when an unknown pathogen caused a public health emergency that brought the world to the brink.

It may also be remembered as a time of unparalleled cooperation and advancement in technologies, prompted by the Covid pandemic, that provided enduring benefits for generations to come.

Just as the two world wars of the 20th Century were the deadliest and most attritional in history, they also triggered developments in medicine, jet propulsion and cryptology that ultimately led to the general prescribing of penicillin, mass air transit and the dawn of the computer age.

The quickest and most obvious legacy of Covid was mass vaccination programs around the world which has already led to a step change in public perceptions of diagnostics and population-wide inoculation.

The profile it gave to the industry has since led to greater investment in methods and devices for detecting a wide range of conditions, most notably for sexually transmitted infections.

In addition, we can expect established, over-the-counter tests for things like fertility and pregnancy to become more informative. Diagnosing serious illnesses, including cancers and heart disease, is likely to become simpler and quicker, because of advances in diagnostic technology created by interest in the sector generated by Covid.

Some people are now wearing wristwatches that tell them their blood pressure, average altitude, and their heart rate and the routine of carrying a test and being tested has become deeply ingrained in the public consciousness.

Are we getting to the stage where people will regularly be testing themselves for cholesterol, blood pressure and heart rate?

In the 1960s the medical profession promised there would be a pill for every ill. No matter what you got, they would be able to cure it. They quickly realized however that just because you could test patients for something didn’t mean they could do something about it. Far better not to have it in the first place.

Also, by improving testing and diagnoses, we need to ensure that we are not widening health inequalities. Those who push for better and earlier treatment tend to be educated, middle-class people with a bit of money who are used to dealing with systems and being heard. There’s a whole other class of poorer, particularly older people, who are less likely to push and more likely to accept what they are told.

So, what other than advances in diagnostic technology, has the experience of Covid given us? Here are just a few examples.

AI has changed the way disease outbreaks are monitored and managed, saving lives. During the pandemic, applications included tracking people with novel strains by detecting visual signs of the virus on computerized tomography (CT) lung scans and monitoring changes in body temperature through the use of wearable sensors.

AI has also been applied to open-source data to track the spread of the disease allowing public health planners to predict potential new case numbers by area as well as identify most at-risk populations.

Other applications include delivering medical supplies by drone, disinfecting patient rooms, and scanning approved drug databases for medicines that might work against the virus.

Blockchain technology – normally associated with the production of cryptocurrencies – emerged as a key technology to help decision-makers produce fast, robust, transparent, and inexpensive solutions during an unprecedented public health emergency.

As well as helping to track the spread of the disease, it was also used to manage insurance payments and maintain medical supply chains and donation tracking pathways.

Blockchain technology was particularly useful in monitoring outbreaks by creating ledgers that were both secure and could be updated hundreds of times per day. It also improved diagnostic accuracy and treatment effectiveness, streamlined isolation of outbreak clusters, tracked drug supply chains and supplies, managed clinical data, and identified patterns of symptoms.

In the face of extraordinary restrictions on population movement and contact, new and more creative uses of existing telehealth technologies were required to permit clinicians to continue treating patients while complying with contact and travel rules and stay-at-home orders.

Because of the high virulence of the disease, especially within hospitals, telehealth technologies became a cost-effective means of slowing transmission rates, reducing pressures on hospital capacity by filtering out those with moderate symptoms and keeping them at home.

The use of 3D printing as a disruptive technology came into its own, keeping costs down and saving lives.

It allowed hospitals and public health authorities to use computer-aided design (CAD) and locally sourced materials to produce often small numbers of critical products. One area in which 3D printing was crucial was in the development of entirely new products, including plastic door handle adaptors that enable easy elbow opening to prevent the further spread of the virus.

From public health officials reporting the Covid outbreak to the World Health Organization (WHO), it took scientists only a fortnight to isolate the virus and figure out the full sequence of its genetic material.

The disclosure of the genetic code went a long way to pinpointing the origins and the spread of the disease, and also to pharmaceutical targets for drug development.

6. Nanotechnology
Νano-based products were developed and deployed to assist in the containment,
diagnosis and treatment of Covid-19. Nanotechnology is a multi-disciplinary field that utilizes nano-sized particles and devices for different applications, including diagnostics, targeted drug delivery and the production of therapeutic materials.

Nanoparticles of gold and silver have been used in biomedical and diagnostic applications, for the detection of viral particles. Nanotechnology has been shown to help treat viral infections through various mechanisms. Nanoparticles can act as antiviral drug delivery systems, interacting and binding to a virus, thereby preventing it from attaching and entering a host cell.

Covid presented an ideal, real-world test case for scientists to use biology, engineering, genetics, chemistry, and computer science to substantially alter the genotype of the virus.  In the context of the pandemic, synthetic biology is seen as the next phase in the progress of vaccination development. Because it is being utilized as a design tool, it is helping to make vaccines more effective than ever.

The Bill and Melinda Gates Foundation and the National Institutes of Health invested in synthetic biology to help engineer vaccines that would be scalable to a level of billions as well as being able to work without refrigeration.

The synthetic biology body Ginkgo Bioworks gifted $25m of resources to public and private teams to help cure, prevent and treat novel coronaviruses. In addition, several companies worked to develop experimental vaccines containing synthetic strands of RNA or DNA that code for protein molecules on the surface of the virus.

8. Drones
Throughout the pandemic, drones have been deployed on the front line to help contain the spread of Covid.

As well as being used for purposes of disinfection, street patrols and food and medicine delivery in quarantined districts, the Chinese government adopted and co-opted industrial drones to help improve disease detection and crowd management.

Robots were also used to help contain the spread of Covid, including disinfecting hospitals, decontaminating public and private spaces and handling biohazardous waste as well as delivering food and medication.

Robots continue to be used for a range of clinical functions, including taking patients’ temperatures and substituting as medical assistants to help minimize person-to-person transmission.

In China, robots were adapted to provide security, inspection, and delivery services. In Hong Kong and South Korea, the Israeli Temi robot was used in nursing homes to allow families to communicate with quarantined residents through video calls, as well as being utilized in hospitals, airports, and offices.

About Ivor Campbell
Ivor Campbell is the CEO of Snedden Campbell, a UK-based recruitment agency for the global medical technology industry. IvorIvor has been in candidate search for more than 30 years. Prior to launching Snedden Campbell, in 2001, he held senior roles for some of the UK’s biggest recruitment companies. Fed up with men in grey suits, pointless KPIs and sharp practice, he decided to launch a new kind of retained medical technology search consultancy that would bring approachability to headhunting, where clients and candidates would be treated equally, and where nobody ever said ‘touching base’. He now spends his time meeting clients and delivering on projects around the UK, Europe and worldwide.