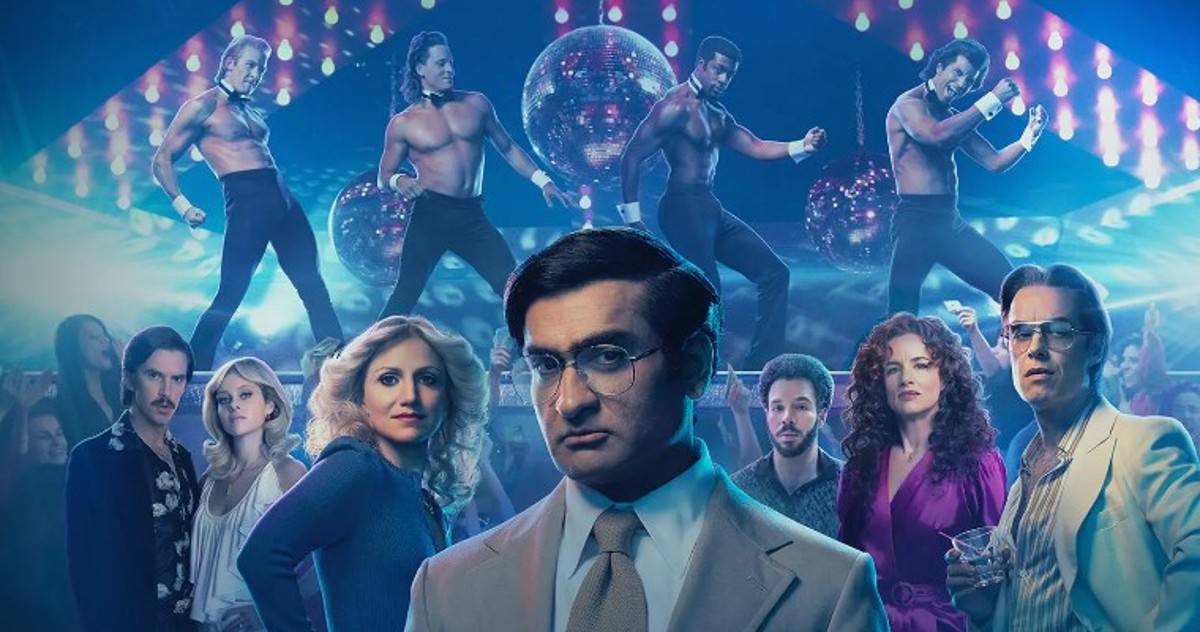 Plot: A sprawling true-crime saga that tells the outrageous story of Somen “Steve” Banerjee, an Indian immigrant who became the unlikely founder of the world’s greatest male-stripping empire—and let nothing stand in his way in the process.

Review: An overwhelming majority of limited series these days are based on true crime stories. I feel deja vu just writing the words “true crime” as I start any review over the last year as it starts to all run together. Most of the big-name stories have been covered with niche tales adapted from podcasts and network exposes taking the next round. With fewer marquee stories to choose from, now is the time for lesser-known but no less sensational crimes to get the spotlight. One such story is Welcome to Chippendales, a story that meets all of the requirements for being too crazy to not be true. With development going back years with filmmakers like Tony Scott and Craig Gillespie attempting to bring it to screen, the sordid tale of Steve Banerjee and the creation of the infamous strip franchise is finally realized with a sensational cast led by Kumail Nanjiani, Murray Bartlett, and more from director Matt Shakman and writer Robert Siegel.

Opening in the late 1970s, Welcome to Chippendales follows Somen Banerjee, an immigrant from India with dreams of creating his own business empire. Emulating Hugh Hefner, Somen adopts the name Steve and saves money while working at a gas station which he parlays into a backgammon club in Los Angeles. After a chance encounter with Paul Snider (Dan Stevens), a Canadian nightclub promoter, and his wife, Playboy Playmate Dorothy Stratten (Nicola Peltz), Steve rechristens the club Chippendales and shifts to a business model no one else had attempted before. Soon, Steve enlists the services of choreographer Nick De Noia (Murray Bartlett) who has his own aspirations. At first, the pair are a successful team, but a rift forms when Nick wrests more control over the Chippendales brand while Steve tries desperately to cling to his golden goose. Eventually, their relationship takes a dark and murderous turn.

Spread over eight episodes, Welcome to Chippendales wastes no time in spilling blood. By the end of the first episode, there are dead characters that serve as a foreboding sign of what is to come. While a quick search of Steve Banerjee and Nick De Noia can give you the unfiltered truth of how this story ends, the journey is worth the investment. Kumail Nanjiani gives his first truly dramatic performance as Steve Banerjee. At times, there is some humor underlying this story and Nanjiani is adept at leaning into those moments without turning them into comedy. Much of the main cast is comprised of talented comedic actors, especially Murray Bartlett and Annaleigh Ashford, but no one here is playing this story for laughs. Everyone in this story is a person wearing a mask of confidence that hides jealousy and paranoia. Couple that with the sex and drugs that pervade the 1980s time period and this story becomes a ticking bomb.

The central performances in Welcome to Chippendales are all quite good but the standout is Murray Bartlett. While this series is certainly a showcase for Kumail Nanjiani’s acting chops, Bartlett continues to add to his resume of playing broken characters imbued with a lot of humanity. After The White Lotus and Physical, Bartlett plays Nick as an Emmy winner thirsting for more success and acclaim. When he finds that with Chippendales, as well as an attraction to one of the dancers and a creative partner in Denise (Juliette Lewis), he tries to take over from Steve who is more focused on the wealth he is accumulating. Steve also finds love with accountant Irene (Annaleigh Ashford) who shares his business acumen and drive. With these four characters starting out as fast friends, the fallout from their mistrust and scheming sends everything to a very dark place.

Showrunner Robert Siegel, best known for writing The Wrestler and The Founder, condenses the timeline that led from the creation of Chippendales to the tragic crimes that begin and end this story but never sensationalized them. While set in the peak of 1980s excess, Welcome to Chippendales is focused on the individuals who worked behind the scenes as well as the dancers wearing bowties and thongs. Director Matt Shakman (WandaVision) keeps the attention on the motivations of these characters and what led them to do what they do but never makes this series feel pulpy, melodramatic, or condescending. Much of the heavy lifting in stories set during this time period is relegated to the wigs and costumes, but Shakman and the other directors of this series make this feel as authentic as possible without relying on overt pop culture references or nostalgia.

Welcome to Chippendales is a tragic story full of characters who make bad decisions and yet you cannot help but sympathize with them. Thanks to the immersive acting which never portrays these people as caricatures but rather as real people who made the wrong decisions, this story becomes far more impactful and resonant. I never thought the sordid tale of a male stripper empire would be as good as this is and it works because the actors all seek the core behind their characters rather than playing them as villains or victims. Welcome to Chippendales starts out fun but before the first episode end-titles start, you know you are in for something unsettling. If it were not for the fact this is based on real events, this series could have made for an entertaining ongoing drama. As it is, Welcome to Chippendales is one of the better true crime series of the year because it doesn’t try to be a true crime series at all.

Welcome to Chippendales premieres on November 22nd on Hulu. 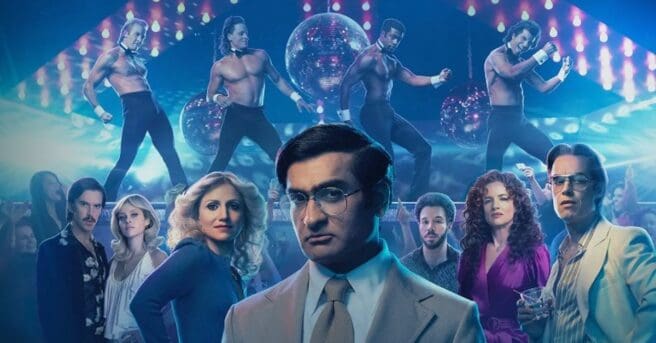