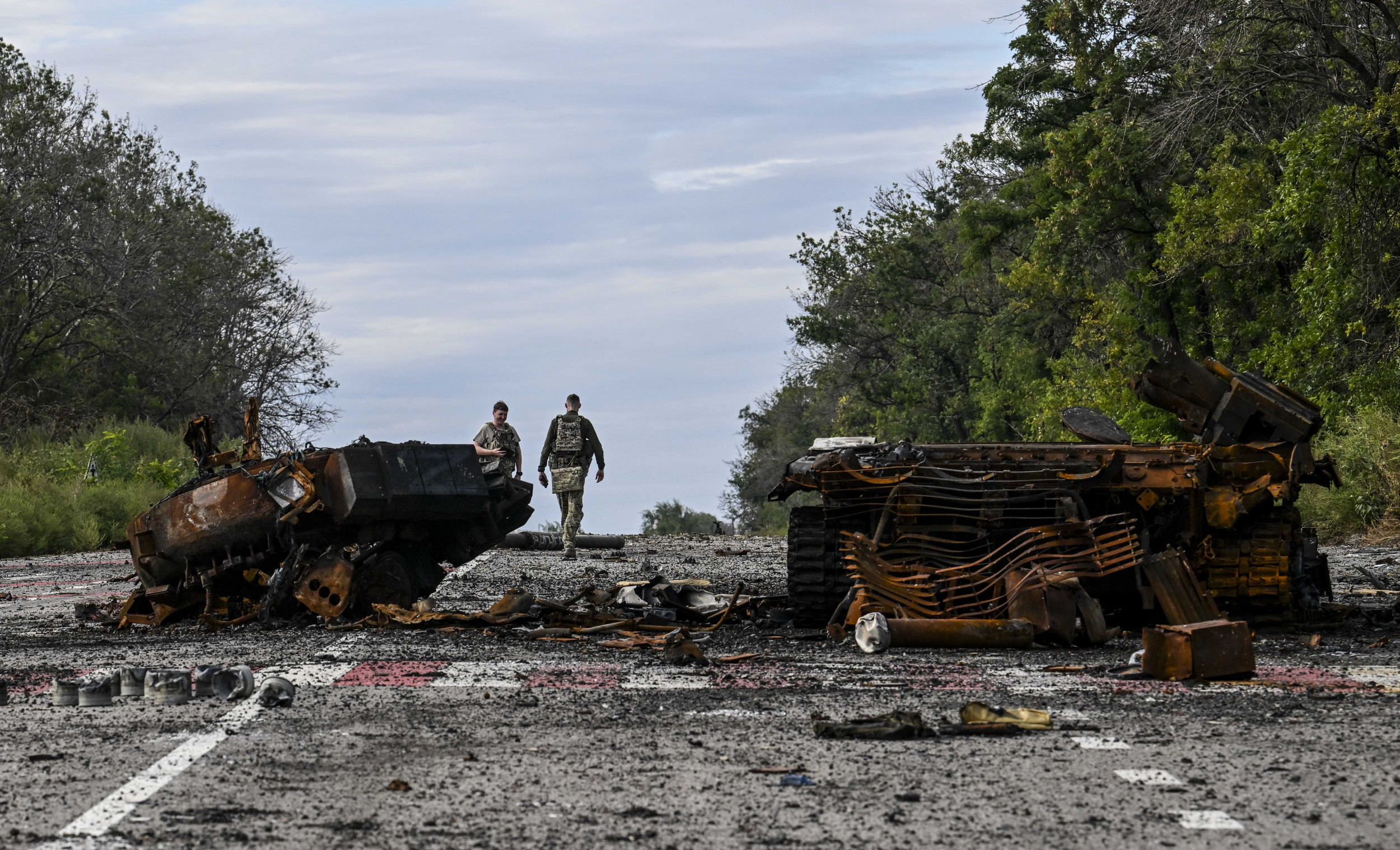 A map shows Ukraine’s counteroffensive has made significant advances as Russia’s invasion of the country reaches its 200th day.

Ukrainian forces have “penetrated Russian lines to a depth of up to 70 kilometers in some places” and retaken more than 3,000 square kilometers of territory since September 6, according to an assessment from the Institute for the Study of War (ISW) on Saturday.

It amounts to more territory than Russian forces have captured in all operations since April, the ISW said.

The U.S.-based think tank’s control-of-terrain map shows just how much progress Ukraine’s counteroffensive has made in the Kharkiv region in recent days.

George Barros, an analyst at the ISW, tweeted an animated GIF that showed the progress of the Ukrainian counteroffensive over the past five days. With the reported capture of the town of Velykyi Burluk, Ukrainian forces are now some 25 kilometers (15 miles) from the border with Russia, Barros said.

Russian forces are not conducting a controlled withdrawal but are “hurriedly fleeing” the region to avoid being encircled in the city of Izyum, according to the ISW.

Ukrainian forces will capture the city “in the next 48 hours if they have not already done so,” the ISW said. “The liberation of Izyum would be the most significant Ukrainian military achievement since winning the Battle of Kyiv in March.” Near the start of the war, Russian forces fell back after failed attempts to seize the capital, Kyiv.

“These days, the Russian army is showing its best—showing its back,” Ukrainian President Volodymyr Zelensky wrote alongside a video posted on his Telegram channel on Saturday night. “And, in the end, it is a good choice for them to run away. There is and will be no place for the occupiers in Ukraine.”

It comes after Ukraine’s security service, the SBU, said Ukraine’s troops had entered the eastern city of Kupiansk, which has served as a railway and logistics hub for Russia since it was seized in February.

The British Defense Ministry said capturing Kupiansk would deliver “a significant blow” to Russia because it lies on supply routes to the Donbas front line.

In an intelligence update on Sunday, the ministry said Ukrainian forces have continued to make significant gains in the Kharkiv region over the past 24 hours.

“Russia has likely withdrawn units from the area but fighting continues around the strategically important cities of Kupiansk and Izium,” the update said.

Russia’s Defense Ministry announced on Saturday that it was pulling back troops from the Balakliya and Izyum areas.

Spokesperson Igor Konashenkov said those troops will be sent to the Donbas region of eastern Ukraine—home to two separatist regions that Russia has declared sovereign—”in order to achieve the stated goals of the special military operation to liberate Donbas.”