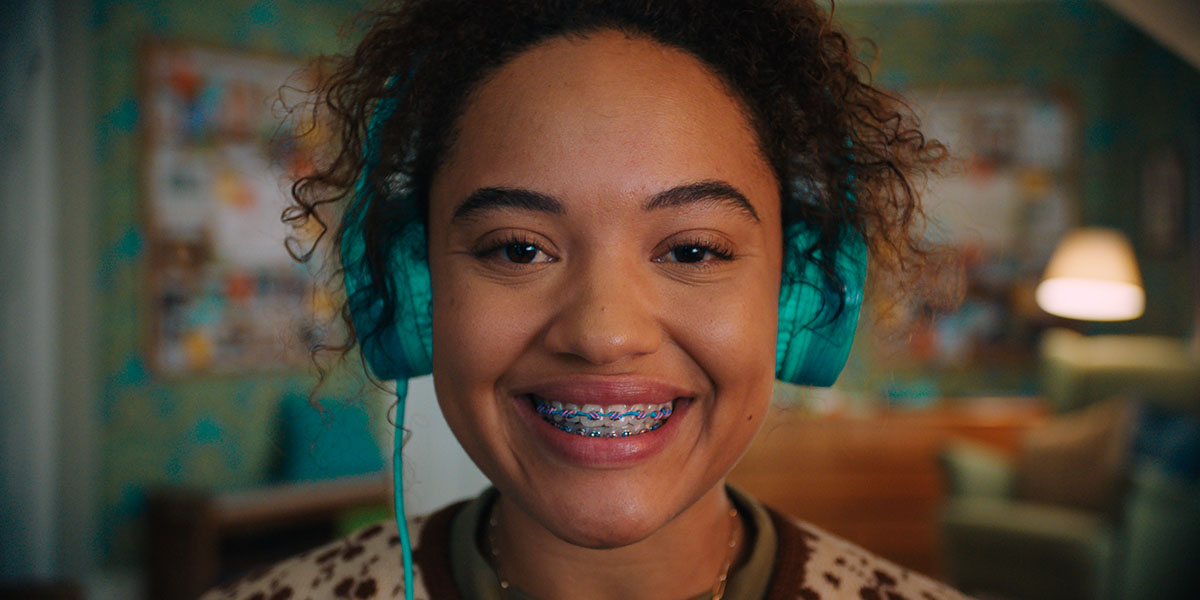 Sophie Kargman is a director, writer, producer, and actor based in Los Angeles. Her short film “Query,” which she also co-wrote and produced, had its world premiere at the 2020 Tribeca Film Festival. It then played at over two dozen festivals around the world before being acquired by Canal+ in France, Movistar in Spain, HBO Europe, and both Amazon and Apple TV+ in the United States. Kargman starred in Dev Patel’s directorial debut, “Home Shopper,” which garnered a Short Film Grand Jury Prize nomination following its premiere at the 2018 Sundance Film Festival. The short was also shown at the 2018 Cannes Festival. As a writer, Kargman sold a true-crime series to Mark Gordon Company/eOne.

“In Her Hands” is screening at the 2022 Toronto International Film Festival, which is running from September 8-18.

SK: A young woman in a small town in middle America has a true crime podcast that no one listens to. One day, a fellow classmate at her community college goes missing, and she sees this as an opportunity to prove her sleuthing skills. The story goes off the rails from there, raising the question: how far would you go to capture an audience?

SK: I was interested in making both an elevated genre film and detailed character study that speaks to our universal drive for love and validation. On the surface, “Susie Searches” is a darkly comedic mystery. But the story is really a cautionary tale about our society’s current fixation with insta-celebrity—and how it can even damage good people with positive intentions.

SK: Although her actions are extreme, I want the audience to relate to Susie’s emotions. I want them to empathize with her as a person. And I want them to root for her. Because at the end of the day, we should be able to see ourselves in Susie. I certainly do.

The film’s universal appeal lies in the dilemmas it presents: If you could achieve your lifelong dream overnight, would you do it? Especially if you felt you truly deserved it? And under what conditions would you commit a seemingly victimless crime? How far would you go not to get caught?

SK: We had planned to film “Susie Searches” in the summer of 2020, but the pandemic forced us to push several times, first to the U.K., when everything in the U.S. had halted and the only films shooting were in Europe. But when England’s third national lockdown occurred after the Christmas holiday, we had to push again. Eventually, we decided to move back to the U.S. for a multitude of reasons, setting our sights on a fall of 2021 shoot in upstate NY.

A week before official prep, we moved a final time from Upstate to Westchester. So: all of the previous locations I had scouted were of no use. This situation was not ideal, especially for someone like me who thrives on preparation. Sometimes we even had to tech scout new locations after a long day of shooting. That was tough.

Another challenge: not having stand-ins. Never underestimate the importance of stand-ins! It would’ve been a huge expense to pay for them because of the new Covid protocols, so we decided to put our resources elsewhere. This proved to be very difficult for lighting purposes and I will never do that again.

W&H: How did you get your film funded? Share some insights into how you got the film made.

SK: “Susie Searches” got financed in a more traditional way. My agent- turned-manager sent my proof-of-concept short, the script, and look-book out to producers/financiers. One of those companies was 141 Entertainment, who both produce and finance. They had previously made “Ingrid Goes West” and I felt confident they understood the very unique and tricky tone of a satirical thriller. We met about six times over the course of several months and during that time, I just happened to be itching to shoot another short, “Query.”

From inception to picture lock “Query” only took a month and a day—one of the fastest things I’ve ever made. And it was actually “Query,” which couldn’t have been more stylistically different than my “Susie Searches” proof-of-concept, that apparently sealed the deal with the financiers.

The rest is history! I do understand how lucky I was and how rare this type of situation is.

SK: I’m a perpetual student of film and have been for as long as I can remember. At first, movies gave me the chance to get outside of myself, to clear my head. I was able to disappear into another world for a few hours and rest my overactive, hyper self-critical brain. But as time went on, films became so much more: They offered me a language to articulate my own thoughts and feelings, while simultaneously reminding me that there is something beyond my own experience.

Watching films still makes me feel less alone. Not only do they help me better understand myself, but they also inspire empathy—and that’s really at the heart of why I became a filmmaker. I want to tell stories that expose a truth about the human condition. Encouraging my audience to be more thoughtful, and less judgmental, about the rest of the world.

My personal journey to directing was less of a straight path. My senior year at Harvard University, I won the Jonathan Levy Prize for the most promising undergraduate actor. Since then, I’ve acted in many TV shows and independent films. Some of them were good and some of them were not. But very little of that had to do with me as the actor, which was frustrating — and also enlightening.

SK: Best advice: Making a movie is like pushing Jell-O up a hill. So just keep going!

SK: “No” is only a suggestion, nothing more.

SK: “Clueless” by Amy Heckerling. It made Jane Austen accessible to the masses. The film is at once the perfect representation of the ‘90s zeitgeist while also a biting feminist satire.

SK: As I mentioned before, I believe storytellers have a responsibility to foster empathy in their audiences. We should work to challenge the assumptions of our viewers—and showcase a variety of unique perspectives. The world might always be in a state of tumult, but at least we can strive to better know and understand each other.

Films taught me that I can’t judge people solely based on their actions. That approach is limited and limiting. People are so complex and manifest countless different perspectives based on their own uniquely personal backgrounds and experiences. So if a peer does something I don’t necessarily understand or agree with, instead of making an assessment about their character, I take a step back to try and understand the reasons why. Why this person is the way they are. What happened to make them behave this way? And when I take that step back and search beyond what’s immediately apparent, I’m able to learn quite a bit.

SK: Inclusivity is extremely important and it is imperative that what we see on screen reflects what we see in real life. While there has been some advancement, and definitely more awareness, this is an important conversation that needs to continue to be talked about — not just in front of the camera, but also behind the camera.