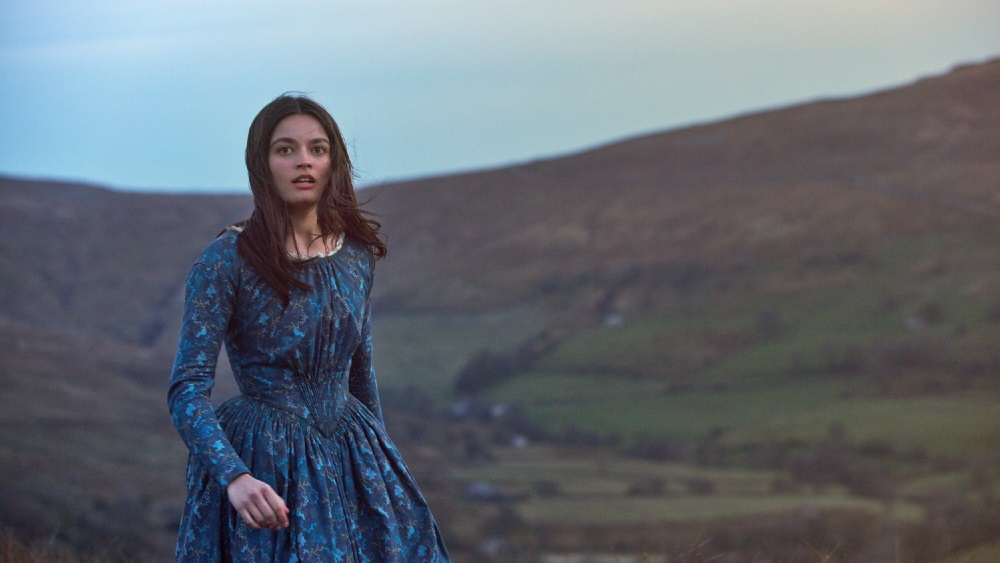 Frances O’Connor is an Australian-English actress living in London who is best known for her film roles in “Mansfield Park” and “The Importance of Being Earnest.” Her TV credits include “Madame Bovary” and “The Missing.” Her performance in both shows earned her a Golden Globe nomination for Best Actress. “Emily” marks her directorial debut.

“Emily” is screening at the 2022 Toronto International Film Festival, which is running from September 8-18

FO: In the depths of Yorkshire, a young, reclusive artist struggles to become her true self, finally triumphing over destructive forces to create her masterpiece.

FO: Emily Bronte has always been a touchstone for me in my life. She was someone who was so authentically herself and I wanted to tell a story that would bring her into consciousness for young women now.

FO: They can think whatever they want to! Maybe simply, it’s okay to just be yourself, whoever that is.

FO: Negotiating the remote locations on the Yorkshire dales through adverse weather conditions, which was physically demanding for the cast and crew, and time was limited.

And also the edit, as I was learning this process for the first time and it’s a steep learning curve, but through all the challenges, I still loved every minute of it.

FO: I wasn’t content with just acting anymore and I felt I had stories that I wanted to explore and create. Watching many wonderful directors I have worked with do their thing often inspires me, too.

FO: Any advice, good or bad, helps to solidify your own opinion.

An editor friend suggested that letting a scene breathe more would make it play faster, which it did. That was good advice.

FO: I’m just starting out as a director. I don’t really feel I have earnt the right yet to give advice! But get good people around you who believe in you and you enjoy working with.

FO:I think if you are a woman and you are telling a story, a film from your perspective, you will naturally be contributing to changing the world’s perspective, but overt films are also necessary. I loved the French film “Happening” by Audrey Diwan – it feels very timely and is political by being personal.

FO: I think change is happening on all fronts regarding this, but we still have a way to go.