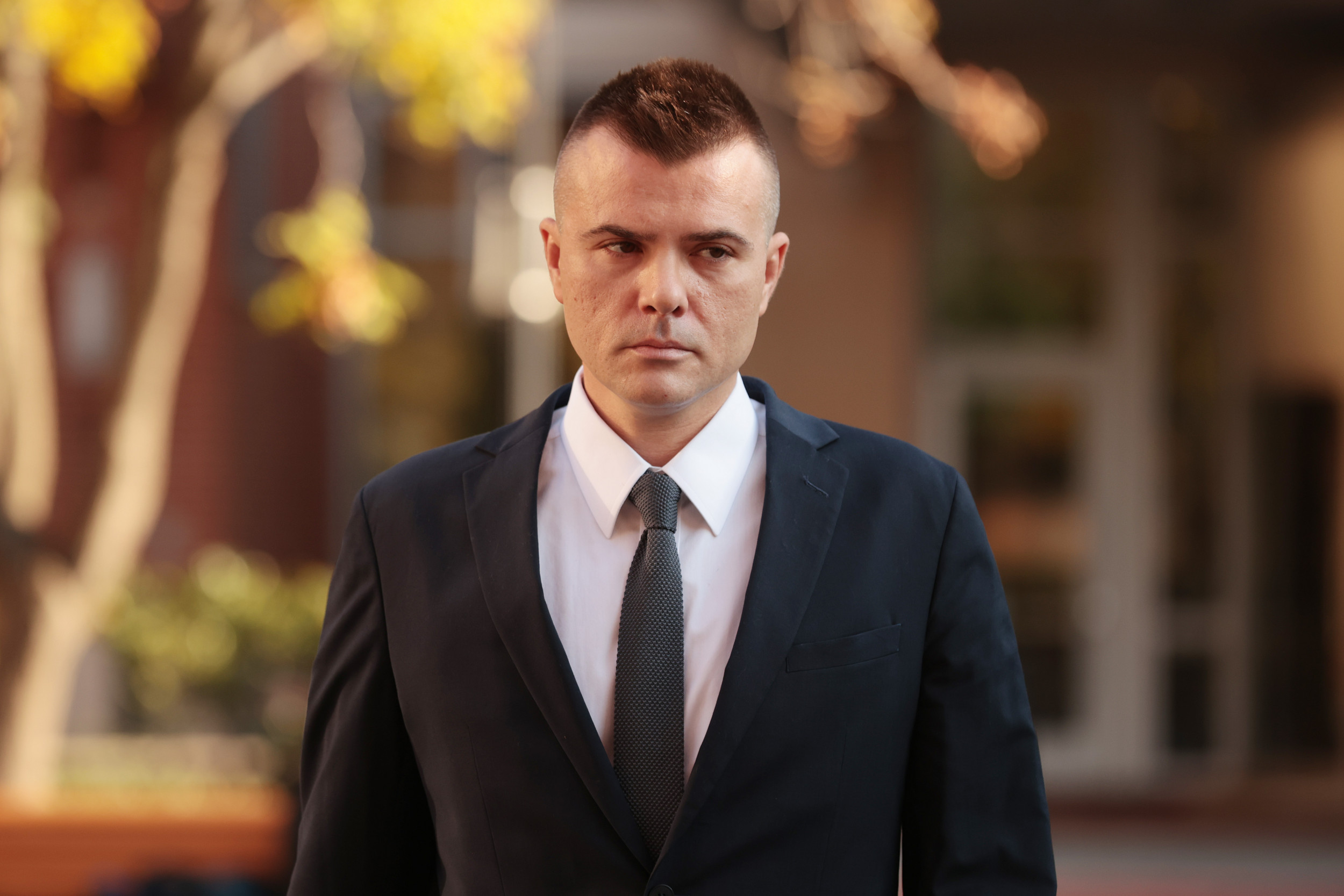 To understand the state of disrepair of our national security and law enforcement apparatus, look to the Federal Bureau of Investigation’s contrasting treatment of Russian disinformation-spinner Igor Danchenko, and whistleblowing Special Agent Steven Friend.

We recently learned the Bureau rewarded the former for his lies, while punishing the latter for his truths.

Danchenko, a Russian national, was the key researcher behind the key document—the Steele dossier—behind the key effort to undermine candidate, and then topple, President Donald J. Trump: Russiagate.

Today, we know Danchenko fabricated communications with the purported central source behind some of the document’s most salacious claims. By lying to the FBI about that, and much else that would have called into question his credibility, as well as the dossier’s veracity, Danchenko played a seminal role in corrupting our political and legal systems. He helped subvert a presidency and the will of the public, foist a fraud on the FISA court, and eviscerate the civil liberties, ravage the reputations, and drain the banks accounts of those wrongfully ensnared in the Russiagate hoax—along with our rotten Deep State.

Compounding the outrage, after the FBI learned Danchenko had misled it, it claimed in multiple FISA warrant applications used to spy on Trump campaign advisor Carter Page and Trump world that Danchenko, Steele’s “primary sub-source,” was “truthful and cooperative.”

Worse, according to a recent filing in special counsel John Durham’s five-count perjury case against Danchenko, set for trial in October, we now learn that long before helping develop the dossier, the FBI opened a counterintelligence probe into the analyst.

The FBI closed its investigation after incorrectly concluding Danchenko had left the country.

But the greatest bombshell from Durham’s recent filing is this: Danchenko was rewarded for his efforts. From March 2017 through October 2020, the FBI put him on the payroll as an informant.

Why? Consider the timing. That March, then-FBI Director Jim Comey told Congress the Trump campaign was under investigation for Russia ties, and then-Rep. Devin Nunes discovered that the Trump transition team had been spied on.

…the FBI was able to use his status to conceal Danchenko and his disclosures from congressional inquiries, such as the investigation by then-Rep. Devin Nunes led by Kash Patel. Other inquiries…could similarly be stonewalled by reference to the “sources and methods” justification for concealing the identity, and even the existence, of a CHS [confidential human source].

So by making Danchenko a CHS, the FBI shielded the disreputable researcher behind the dirty dossier behind debunked Russiagate from scrutiny, and therefore shielded itself and its Russiagate partners who continued for years to peddle “treasonous Trump-Russian collusion” from scrutiny.

The FBI bought Danchenko’s silence, and paid to protect itself—with our money.

Now consider the case of FBI Special Agent Steve Friend. Recently, Senators Chuck Grassley (R-IA) and Ron Johnson (R-WI), and House colleague Jim Jordan (R-OH) have been revealing whistleblower complaints suggesting the weaponization and hyper-politicization of our national security and law enforcement apparatus against Wrongthinkers that has been a theme of this column.

Friend, a 12-year FBI veteran, is among the ranks of the whistleblowers. For his candor, Miranda Devine reports:

He was declared absent without leave last month for refusing to participate in SWAT raids that he believed violated FBI policy and were a use of excessive force against Jan. 6 ­subjects accused of misdemeanor ­offenses.

…Friend, who did not vote for Donald Trump in the 2020 election, said he told his immediate boss twice that he believed the raid, and the investigative process leading up to it, violated…policy and the subject’s rights under the Sixth Amendment right to a fair trial and Eighth Amendment right against cruel and unusual punishment.

Friend faced reprisals for speaking up internally, his immediate boss menacingly “asking how long I saw myself continuing to work for the FBI.”

Then he was suspended, stripped of his gun and badge, and escorted from his office. He responded with a whistleblower complaint to DOJ Inspector General Michael Horowitz—who, incidentally, had disclosed corruption in the Page FISA applications, as well as other aspects of Russiagate—detailing myriad allegations of FBI malfeasance, which Devine obtained.

Friend claims that, among other things, the Washington FBI field office is manipulating January 6 cases to juice figures substantiating the idea of a right-wing domestic violent extremist threat, amid an intensifying effort to overzealously pursue cases that are at all related to the Capitol breach; Friend was removed from active investigations into child sex abuse and trafficking in favor of January 6 cases; and that innocent Americans are being pursued on domestic terrorism grounds via FBI tip line leads and surveilled Facebook messages.

Danchenko will face his day in court six years after Russiagate began because the Trump administration created the Durham special counsel. But as with the case of Clinton campaign lawyer Michael Sussmann, he is a bit non-government Russiagate player, facing a D.C.-area jury, and poised to achieve an acquittal on similar grounds. Since Team Durham apparently again is presenting the Deep Staters as dupes, rather than sophisticates, Danchenko may argue the opposite—and that, therefore, his lies were not material because the shrewd FBI pursued Russiagate irrespective of his lies.

It is not clear if Friend will receive recompense following recriminations for bravely exposing what has seemed apparent from the outside—namely, that our regime is engaged in a War on Wrongthink, using the security state to persecute foes, himself apparently included.

The Regime protects its own and punishes dissenters.

Danchenko and Friend’s cases are related.

That Durham is reportedly winding down his investigation indicates the worst of the Russiagate actors—those who most abused their positions of authority—will never be punished.

That lack of accountability paved the way for other brazen gambits: Trump Impeachments I and II, the Jan. 6 Committee and DOJ’s sprawling related pursuits, punishment of nonviolent defendants in pre-trial detention for months, the Mar-a-Lago raid, subpoena carpet-bombs, and more.

Ben Weingarten is a senior fellow at the London Center for Policy Research, fellow at the Claremont Institute and senior contributor to The Federalist. He is the author of American Ingrate: Ilhan Omar and the Progressive-Islamist Takeover of the Democratic Party (Bombardier, 2020). Ben is the founder and CEO of ChangeUp Media LLC, a media consulting and production company. Subscribe to his newsletter at bit.ly/bhwnews, and follow him on Twitter: @bhweingarten.

The views expressed in this article are the writer’s own.