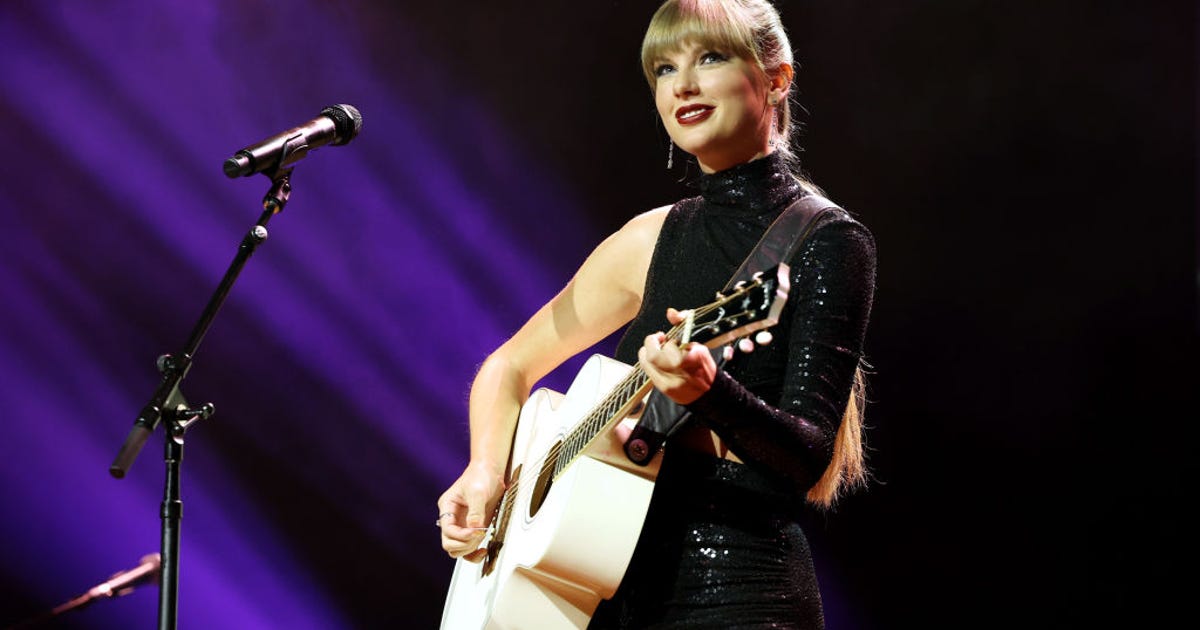 The Taylor Swift ticket saga isn’t over. On Thursday, Ticketmaster canceled Friday’s planned day of ticket sales to the general public, after earlier sales to those with presale codes didn’t go as planned.

“Due to extraordinarily high demands on ticketing systems and insufficient remaining ticket inventory to meet that demand, tomorrow’s public on-sale for Taylor Swift | The Eras Tour has been cancelled,” the company tweeted.

Tuesday brought a frantic rush to get tickets to the tour, which is scheduled to begin in March.

Before the cancellation of ticket sales to the general public, Ticketmaster released an updated statement addressing the ticket issues. The statement acknowledged that the company knew the demand for tickets would be high, but reported that historically, only 40% of invited fans actually buy tickets. But then 1.5 million people were invited to participate in the sale, with 2 million others put on a waiting list.

There may be more issues ahead for the company. Tennessee Attorney General Jonathan Skrmetti said on Thursday that his office is launching a consumer protection and antitrust investigation into Ticketmaster. And US Rep. Alexandria Ocasio-Cortez tweeted on Thursday that the company should be broken up.

Before the cancellation, I spoke to two women who attempted to get tickets to the hot tour, with only one ending up successful. Here are some takeaway lessons from their experiences.

Lucking out after five hours

Heather Reilly, 52, went after two tour tickets so she could take her 15-year-old daughter, a Swift fan for as long as Reilly can remember. After five hours, she scored two excellent, if pricey, tickets.

“I love live music, and it is one of the things I have missed the most during the pandemic,” Reilly told me.

Striking out after eight hours

Wanda Rundle wasn’t as lucky, ending up without tickets after a frustrating eight-hour online wait.

“I’ve been a Taylor fan since her debut album,” Rundle told me. “She’s my favorite artist. I was pregnant with my son when I discovered her, and he’s grown up with her music. At 15, this would be his first major concert.”

She was hoping for two or four tickets for a Chicago show but ended up with none.

I asked both women to walk me through their ticket experiences in hopes of learning what to do and what not to do for future online concert sales. But after speaking with them, and informally polling others, it seemed clear a person could follow every tip imaginable and still not get tickets. Luck, and certainly other factors, such as the popularity of your city, or your chosen concert date, are definitely involved.

That said, here are the best tips I was able to pick up for future sales. Now that Friday’s general-public sales have been canceled, however, this information may still be helpful for future shows.

1. Get that presale code

People who bought tickets Tuesday had to register before that day to receive a verified fan presale code. And now that Ticketmaster has canceled sales to the general public, that code was pretty much the only way to get tickets, though no one knew this on Tuesday.

“You went to a website and entered your info and your preferred date and location,” Reilly said. “I put in all three Philly concert dates.”

Rundle registered for verified fan presale as soon as the tour was announced, so she also got the code. In fact, she’s pretty sure her code, which came via text, arrived in the first batch sent out, per what she heard on social media.

“I got it around noon [Monday] and felt pretty good that it would be smooth sailing for tickets,” Rundle told me. Little did she know…

2. Look for a boost for buying merch

Both Rundle and Reilly said they’d ordered items from Swift’s website and that this entitled them to something called a Taylor Nation Boost. They said people who’d purchased merchandise and recordings from Swift’s official store were supposed to get this “boost,” which would earn their email address some kind of priority attached to their presale code.

Both women said they received the message confirming that yes, they did get the boost. But while it may have helped Reilly, it didn’t, in the end, help Rundle. She said her boost didn’t do anything for her as far as getting tickets.

And Rundle added that she’d heard from others who didn’t receive the Taylor Nation loyalty boost — and yet somehow did manage to buy tickets.

The presale was set to begin on the East Coast at 10 a.m. so Reilly logged in at 9:30 a.m. and “immediately got shunted into the Friday concert waiting room.”

Rundle, too, says she followed instructions and logged in to the waiting room at 9:30 a.m., though she lives in the Central time zone.

“I had verified my payment methods were correct and I was logged in to Ticketmaster,” she said.

4. If you have a provided link, use it

Numerous reminders told fans to be sure to use the link from the text with their presale code, rather than go to ticketmaster.com directly.

“There were multiple FAQs that advised that,” said Rundle, who says she followed these instructions.

There are three concerts coming to Philadelphia, but Reilly was shown a message saying her code was good only for the specific date mentioned in the text she received. She had originally listed all three Philly dates when she signed up to get the presale code, but the site picked one date for her, and she didn’t try to switch.

“When we registered for presale, we were to rank dates and venues we wanted,” Rundle explains. “We were always going to be given one date we could buy tickets for. I received Friday, June 2. The only caveat was that they added more dates after the initial announcement, and some people who signed up for presale got codes for the new dates.”

One fan shared a screenshot of a message showing that the presale code couldn’t be used for a different date.

6. The waiting is the hardest part

Some fans later posted online that they had exited out of the lengthy queue, and when they joined again immediately afterward, were quickly bumped up and allowed to buy tickets. Reilly didn’t test this theory, and we can’t confirm that the approach works, or whether it erases your spot in line completely.

“I was definitely tempted,” she said. “But honestly, I was super curious to stick it out and see what happened.”

About five hours after she’d first logged on, at about 2:30 p.m, things started to happen. The site had shown that more than 2,000 people were in line ahead of her, but then it moved to 1,300 and then to one. Once she was allowed in, she had to enter that presale code to unlock different levels of tickets. The tickets she saw available at that time were priced anywhere from $149-$900, plus fees, she says.

Suddenly, a whole new row of available tickets popped up, and Reilly nabbed two seats, then waited while her credit card was processed. Seemingly against all odds, the mother and daughter were two of the luckiest Swift fans in Philly.

Eight hours and nothing

Rundle logged in at 9:30 a.m. as instructed, and the link wouldn’t let her in the online waiting room at first. She got in about 20 minutes later.

“When 10 [a.m.] hit, I got a message that there were 2,000-plus people ahead of me,” she said. “Then it instantly switched to ‘queue is paused.’ This lasted quite some time with minimal updates from Ticketmaster.”

She isn’t kidding about “quite some time.” Rundle was on vacation with friends in New Orleans, and had no laptop access, so she sat in a cafe waiting and waited. At 1:53 p.m., the site finally let her in. She got to the checkout screen, and was suddenly sent back to the queue, and her number started over again. This happened four times between 1:53 p.m. and 3:30 p.m. Then, from 3:30 p.m. until 6 p.m., she would be let in, but when she clicked on tickets that were supposed to be available, they weren’t. Rundle saw tickets supposedly selling from between $499 and $899 but couldn’t complete a purchase even for those high prices.

“It was an incredibly disappointing experience,” she said of her frustrating day.

7. Grab any tickets you see

If you get through, know your budget and don’t spend time pondering seat choice or poking around for a slightly better deal. If you see any tickets for a popular concert like this, grab them and don’t look back. By the time you get to checkout, they may be gone, anyway.

Reilly says that when she did get through, pretty much the only tickets remaining were the high-priced “Karma Is My Boyfriend VIP package.”

8. Try other sites (certain cities only)

Ticketmaster wasn’t actually the only game in town for Swifties this time around. Another site, SeatGeek, was selling tickets for some of the concerts. (And yes, primary, first-sale tickets, not secondary market seats.)

Originally, SeatGeek was listing five Swift concerts, three in Arizona and two in Texas, saying that tickets would go on sale Friday at 10 a.m. local time. But when I checked after Ticketmaster canceled Friday ticket sales, SeatGeek had done the same. A message on their site repeats the same message Ticketmaster tweeted out about the Friday sale being canceled. A representative for SeatGeek didn’t immediately respond to a request for comment.

The lesson from this, apparently, is to snoop around for less-well-known primary ticket sellers. But don’t be surprised if they follow the Big Dog, aka Ticketmaster, if cancelations happen.