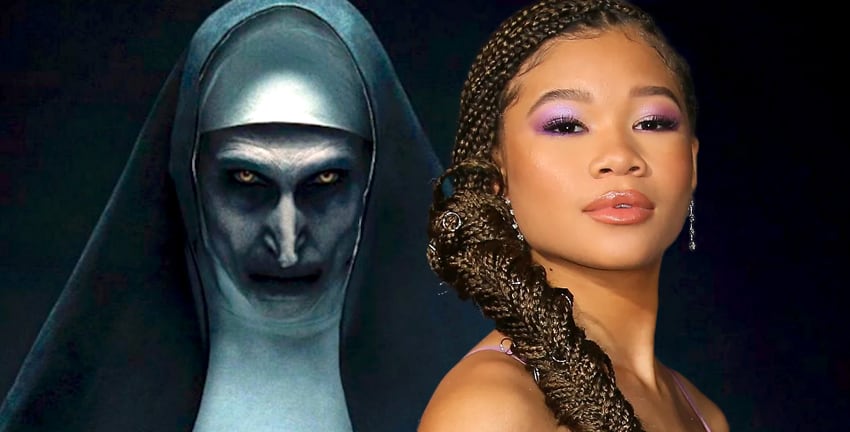 You can’t keep The Conjuring franchise down. The series has grossed over $2.1 billion worldwide, making it the highest-grossing horror series out there. THR has reported that Storm Reid (Euphoria) has scored a leading role in the next installment of the franchise, The Nun 2.

The first movie was set in a monastery in 1952 and followed a young nun (Taissa Farmiga) and a priest (Demian Bichir) as they confronted a demonic force that took the form of an evil nun. Although The Nun received the lowest reviews in the franchise, it was also the highest-grossing installment of any of the movies. We don’t know all that much about The Nun 2 yet, only that it will still take place in the 1950s and feature the return of Bonnie Aarons as Valak/The Nun. Details on who Storm Reid might be playing in the sequel are being kept under wraps. Storm Reid can currently be seen in HBO’s Euphoria, which wrapped up its second season earlier this year. She plays Gia, the younger sister of the character played by Zendaya. Reid will also appear in HBO’s upcoming live-action adaptation of The Last of Us. She will play Riley, a close friend of Ellie (Bella Ramsey).

The Nun 2 scheduled for a September 2023 theatrical release

Michael Chaves, who helmed The Conjuring: The Devil Made Me Do It, will direct The Nun sequel, which has been scripted by Akela Cooper, with current revisions by Ian Goldberg and Richard Naing. James Wan and Peter Safran will be producing through their Atomic Monster and The Safran Company production banners. Production on The Nun 2 will kick off next month, and Warner Bros. has already given the sequel a September 8, 2023 release date.