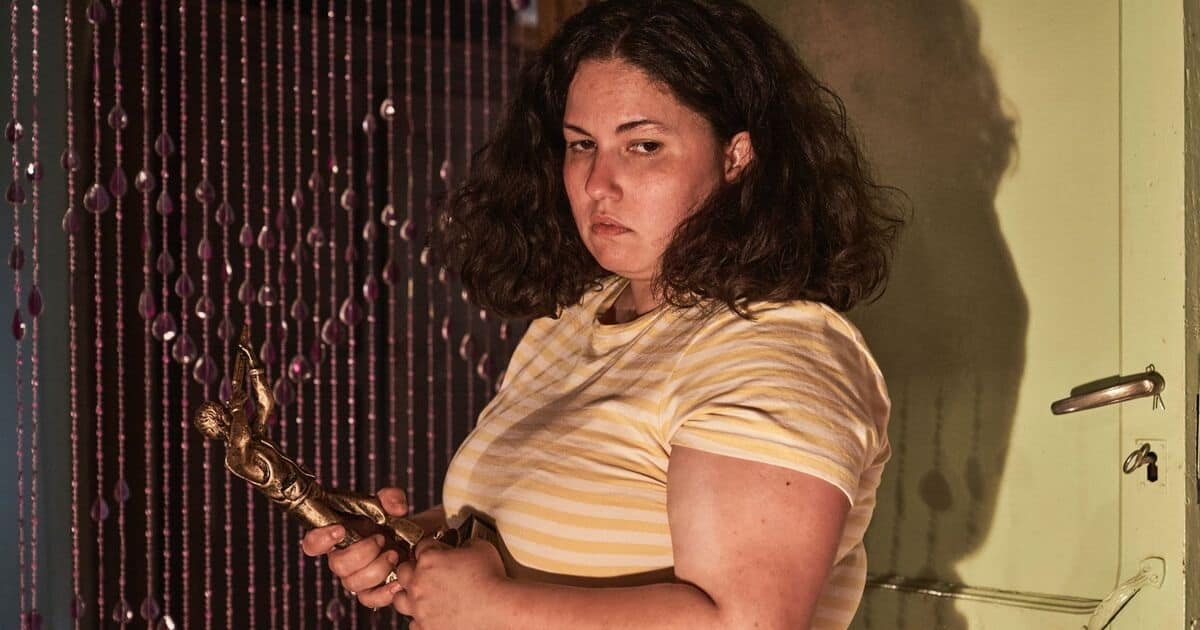 After catching a lot of positive attention from its screening at the Sundance Film Festival earlier this year, the Spanish-language horror film Piggy will be screening at Fantastic Fest this weekend… and on October 7th, the movie will be receiving a nationwide release at Alamo Drafthouse theatres! It will then be getting a VOD release as well. In anticipation of the Alamo Drafthouse release, a trailer for Piggy has arrived online and can be seen in the embed above.

Directed by Carlota Pereda, Piggy has the following synopsis:

With the summer sun beating down on her rural Spanish town, Sara hides away in her parent’s butcher shop. A teenager whose excess weight makes her the target of incessant bullying, she flees a clique of capricious girls who torment her at the town pool, only to stumble upon them being brutally kidnapped by a stranger, who drives off with them in his van. When the police begin asking questions, Sara keeps quiet. Intrigued by the stranger — an interest that’s mutual — she’s torn between revealing the truth and protecting the man who saved her.

The folks at IndieWire got the first look at the Piggy trailer, and Alamo Drafthouse film programmer Jake Isgar provided them with the following statement: “If independent filmmakers need to take a by any means necessary approach to getting their work produced, we need to do the same as exhibitors. We’re very thrilled at Alamo Drafthouse to be partnering with Magnolia on Piggy and to have the opportunity to share Carlota Pereda’s vision with our audiences.”

Neal Block, head of marketing and distribution at Magnolia Pictures (of which Magnet Releasing is the foreign and genre arm), added: “Piggy was the first film officially selected for this year’s Fantastic Fest, and we’ve worked with the Drafthouse team to grow that initial enthusiasm into a broader partnership. The film will have a nationwide sneak screening with Drafthouse on 10/4, after which it’ll open in select Drafthouse theaters on 10/7 — a week before it’s available anywhere else. Piggy — a bloody and brand-new take on the slasher film — is just a great fit for their audience. I’ve wanted to do something special with this one since we picked it up out of Sundance, and I’m glad they’re on board.”

Piggy looks interesting to me. I won’t be able to attend an Alamo Drafthouse screening, but I will definitely be watching the movie when it reaches VOD. Will you be watching Piggy? What did you think of the trailer? Let us know by leaving a comment below.