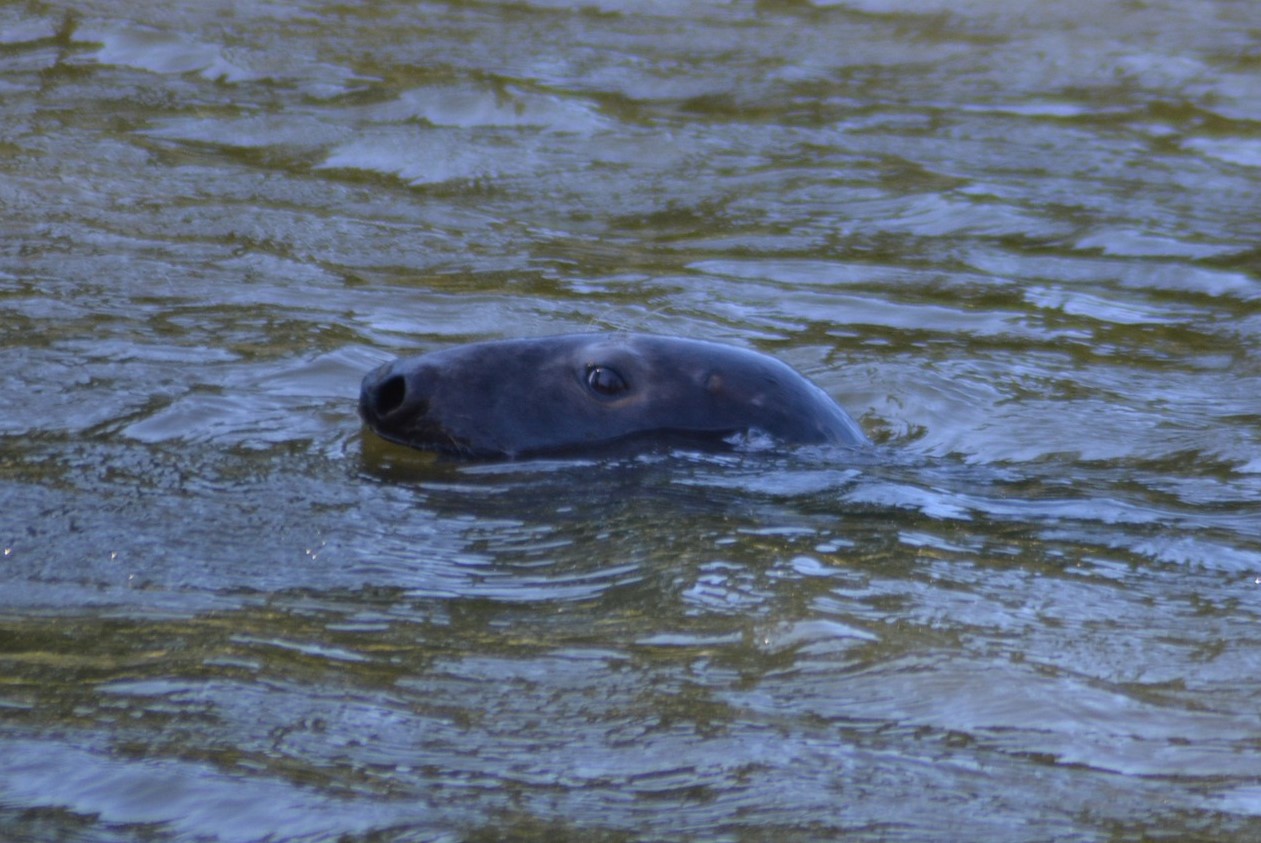 A seal has taken up residence in a freshwater pond in the city of Beverly, Massachusetts, and it is still unclear how exactly it got there.

The seal has proved enormously popular with locals ever since it was first noticed in Shoe Pond on September 15, prompting officials to issue warnings not to approach the animal.

The seal is now something of a local celebrity, with officials referring to it as Shoebert.

Overwhelmingly, seals are saltwater-based animals. Gray seals can be found throughout the north Atlantic Ocean, and an estimated 450,000 of them live in Canada and U.S. waters.

In the case of Shoebert, it is thought that the seal managed to get into the lower part of Shoe Pond during high tide via a tunnel that connects to the harbor, local news station 7News WHDH Boston reports.

However, it is unclear how the seal then got into the upper part of the pond.

In any case, Shoebert is now residing in freshwater, but the National Oceanic and Atmospheric Administration (NOAA) Fisheries division has said the seal appears to be healthy. Since the pond has fish in it, Shoebert also has a supply of food.

“At this time, the best course of action is to not interfere with the seal as it is healthy and behaving normally,” NOAA Fisheries New England/Mid-Atlantic wrote on Facebook on September 19. “We will continue working with the town of Beverly to monitor the seal, and if the condition of the seal changes, will assess options that are in the animal’s best interest.”

Initially it was hoped that the Shoebert would make its way out of the pond, with the NOAA noting that the seal had demonstrated the ability to haul itself out on a wall several times, suggesting it is able to leave the area when ready.

However, as of September 22 the seal had still not left the area of its own accord, so officials decided to take matters into their own hands.

Beverly Fire Department wrote on Twitter that day that the NOAA was “considering plans for possible relocation” for the safety of Shoebert and the general public. “Please keep your distance, 150 feet at least,” the fire department tweeted. “Seals can be aggressive.”

A photo posted to Twitter by local journalist Stanley Forman showed emergency personnel lining the bank of the pond with giant nets while one officer was waiting in a rowing boat.

“Shoebert knew something was up!,” Beverly Fire Department tweeted on Thursday evening. “We think the nets were a bit of a giveaway.”

For now, the seal’s holiday in Beverly continues, but with authorities actively trying to shift the animal to a more suitable location, it appears as though the local star’s time there is limited.

Members of the public have been warned to stay behind all fences and barriers and not feed Shoebert or any other seal for their safety.