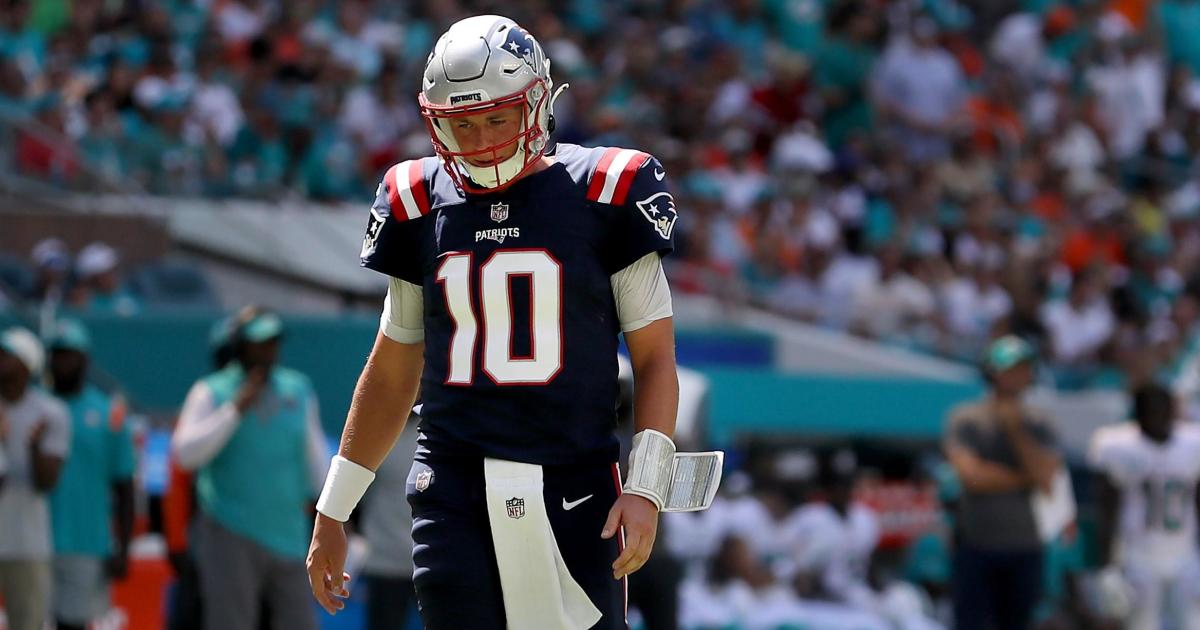 BOSTON — One day after Mac Jones suffered a back injury, some details are trickling out about his status.

Earlier Monday, ESPN’s Mike Reiss reported that Jones “felt notably better” when he returned to Foxboro after flying home with the team from Miami.

And ESPN’s Adam Schefter reported that the injury is not serious, but his status for Week 2 obviously has not yet been determined.

Jones completed 21 of his 30 passes on Sunday for 213 yards with one touchdown and one interception. He was sacked twice, one of which led to a fumble and a defensive touchdown for Miami. He did not leave the game at any point due to the injury, but he was evaluated in the X-ray room at Hard Rock Stadium after the game, missing his postgame press conference.