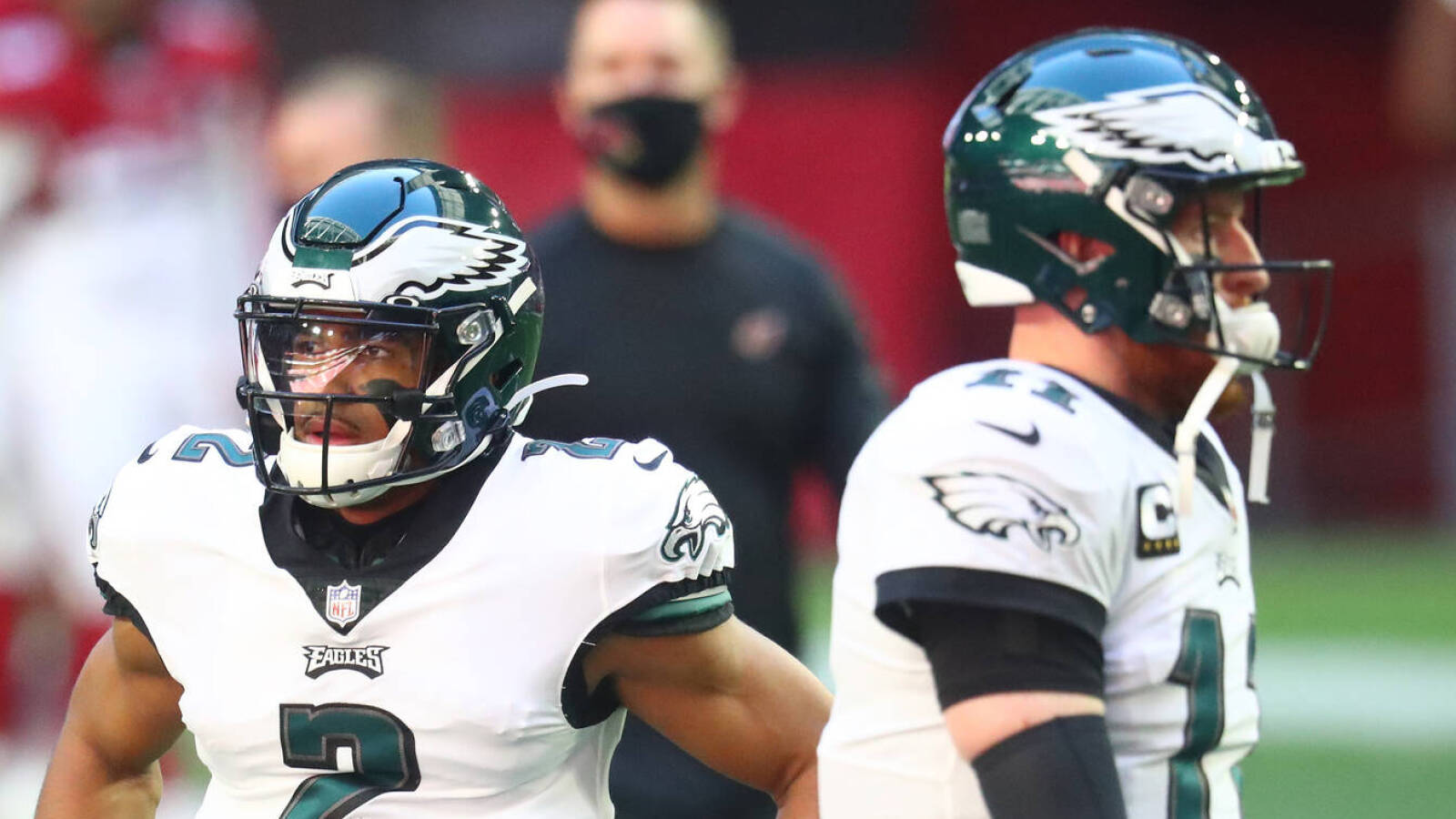 According to a report by ESPN’s Tim McManus, Carson Wentz’s fear that he may lose his job to then-rookie Jalen Hurts helped derail the Eagles’ 2020 season.

Some sensed Wentz “spent too much time looking in the rear-view mirror” at Hurts, according to McManus, despite Eagles executive VP Howie Roseman’s assurance before the season that Hurts was no threat to Wentz’s job. Wentz’s paranoia might have been his undoing, as he was benched in favor of Hurts in early December.

The report notes that while there were no incidents involving Wentz and Hurts during the season, Hurts “wasn’t particularly chummy with Wentz or Wentz’s good friend in the QB room, Nate Sudfeld.”

Despite Roseman claiming there was no competition, Hurts’ goal reportedly remained to “compete and win” the starting job, which McManus wrote didn’t always sit well with his teammates.

Wentz was “visibly upset,” according to the report, when Hurts began receiving first-team reps in practice that November.

With Wentz set to face the Hurts and the Eagles on Sunday, both quarterbacks have taken the high road this week. Hurts described a “mutual respect” between himself and Wentz to reporters, praising the Commanders quarterback’s elusiveness, while Wentz told reporters he “definitely cherished” his time in Philadelphia.

Sunday will mark Wentz’s first time facing the Eagles since he was traded in early 2021.