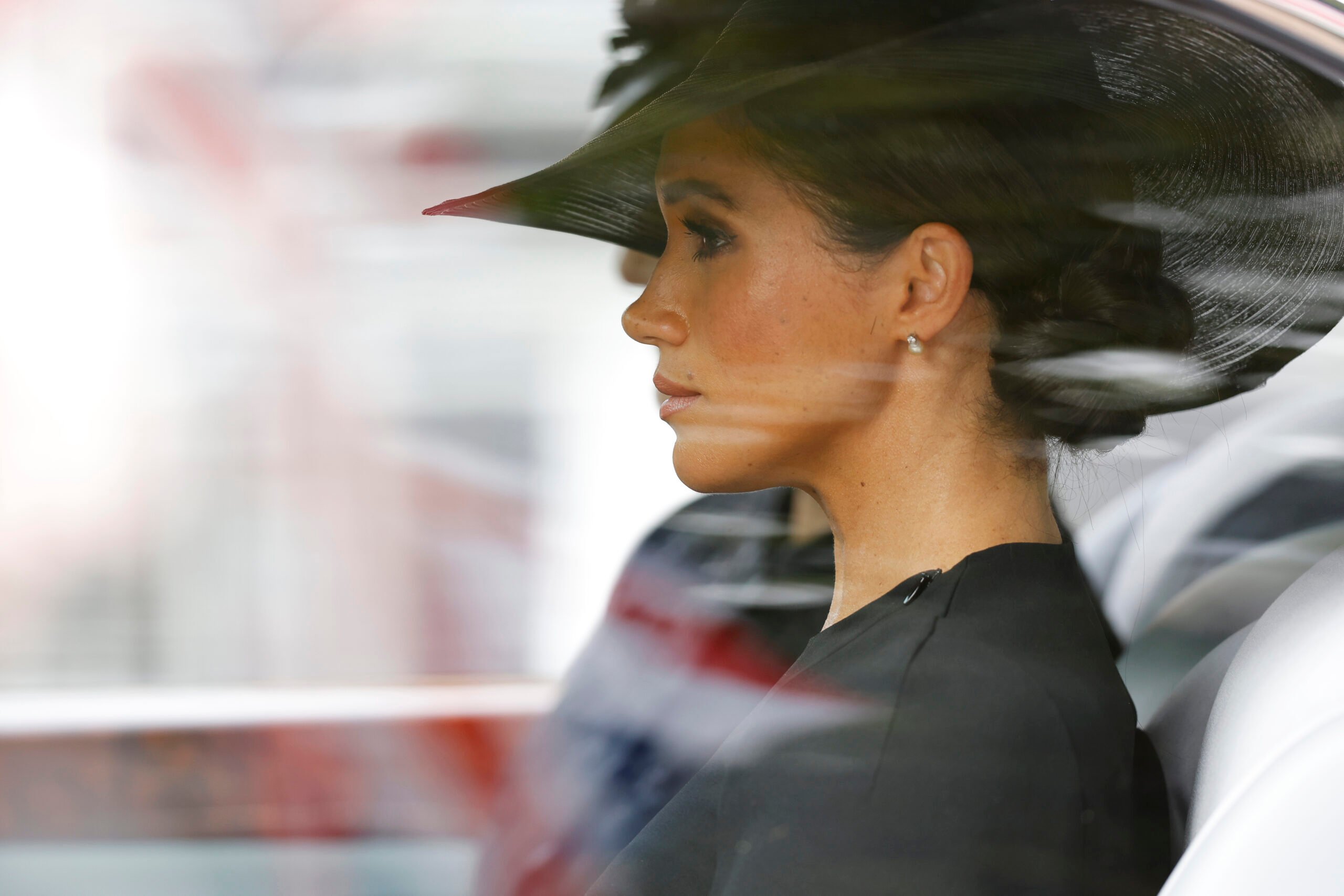 In the wake of Queen Elizabeth II’s death, one thing has become crystal clear:

Some of the most toxic portions of UK media clearly hate Meghan Markle more than ever. It’s not just tabloids, either.

Why do they hate her? For carrying flowers at a memorial. Or for holding her husband’s hand. For mourning. Or for not mourning enough.

Before we delve into the hysterics that British tabloids have shrieked in recent days, let us first look at the facts.

Meghan returned to a country that reviles her, knowing that she will be interacting with people who resent her — at best.

Duchess Meghan did not in any way flaut tradition, make events about her, or disrespect the family’s grief.

She wore black, as is customary for funerals. She made public appearances.

In every way, her behavior demonstrated respect and sensitivity. It always did.

Over the weekend following the queen’s death, Harry and William put aside their alleged feud.

Together with their wives, they stepped outside to mourn outside Windsor. They looked over tributes and offerings that public mourners had left.

It was a solemn and appropriate display. Unless, of course, you ask the anti-Meghan crowd.

If you ask “a certain type” of critic, Meghan might as well have ground up the queen’s body and sold the dust to an apothecary, as 19th Century Brits did with Egyptian mummies.

(Yes, that is a real thing that happened — not only in Europe, but famously in Europe)

For one thing? Meghan carried her own flowers at some point. This is, we are to understand, unforgivable.

Or, as self-styled armchair expression experts would have you believe, she was smirking the whole time.

Meanwhile, another group of Meghan-haters accused her of faking grief, or even exaggerating sadness to draw attention to herself.

Twenty-five years ago, the world watched in sadness as Prince Harry and his brother took part in a funeral march alone.

This month, Harry had someone to hold his hand — his loving wife. The mother of his children.

But a vicious online contingent flipped out about their hand-holding, suggesting that the gesture was inappropriate.

It is increasingly difficult to conjure up explanations for why holding her husband’s hand at a funeral is a grievous faux pas.

This sounds like the sort of gripe that someone who already hates Meghan would come up with.

Like when you snarl over some guy “and his stupid scarf,” it’s not the scarf — it’s the person wearing it.

She is also American and divorced — but Charles’ former mistress is now Queen Consort without this kind of hate.

Camilla is many things, but she is white. A certain sort of person can forgive that. Racists cannot forgive Meghan, however.

One could conceivably imagine that a person could dislike Meghan for non-racist reasons.

But pretending that the vast majority of it is not fueled almost exclusively by racism is absurd.

And intellectually dishonest. Truly, we cannot address problems like bigotry without first acknowledging that they exist.