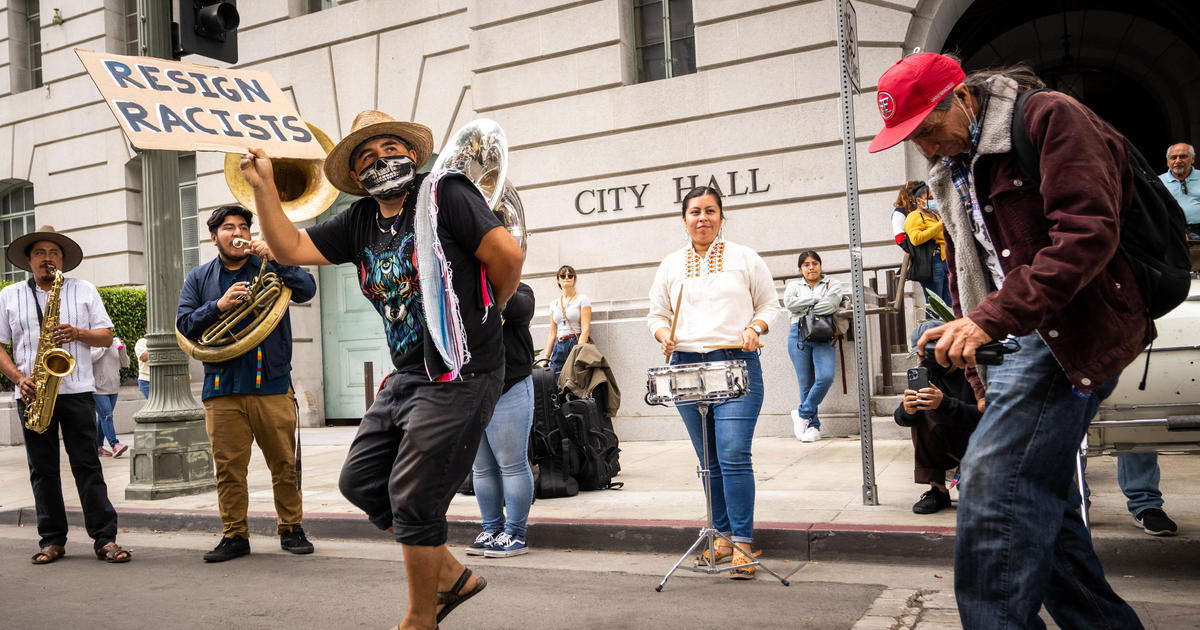 While Nury Martinez resigned Thursday from the Los Angeles City Council after an audio recording of racist remarks was leaked, Councilmembers Kevin de León and Gil Cedillo have not yet resigned Thursday, leading protesters to continue to show outrage.

Protestors continued their ongoing demonstrations in front of Los Angeles City Hall on Wednesday in the wake of the scandal that rocked LA City Council over the weekend.

Leaked audio revealed council President Nury Martinez, Councilmen Kevin de León and Gil Cedillo, as well as LA County Federation of Labor President Ron Herrera involved in a conversation back in Oct. 2021, where several of the involved were heard hurling racist comments targeting a number of ethnicities, including Mike Bonin’s son, who is Black.

In the days following the story’s breaking, several prominent political figures, including President Biden and Governor Newsom, have called for immediate action from the involved parties. Protestors echoed those sentiments, demanding a change from the people they once trusted.

“We know these people personally,” said Ron Gochez, with Unidos del Barrio, a local political organization defending the rights and interests of Latinos in America. “We know each other on a first name basis and I don’t care. They gotta go, because what they did does not represent our community – and it hurts our community.”

Martinez offered her resignation on Wednesday, while Herrera did the same late Monday evening. Cedillo and de León, however, have yet to do so.

Protestors could be seen playing Oaxacan music on the City Hall steps throughout the day Wednesday. Oaxaqueños were specifically targeted in several of the racist comments made by council members in the leaked audio.

Unidos del Barrio members were joined by members from National Action Network, the Black Alliance for Peace and the American Indian Movement, all of whom said Martinez’s resignation was a step in the right direction, but not enough.

“They are all gone. …  All of them. If there’s anybody else that knew and didn’t say anything, they must go too.” said Dee Dee Manzanares Ybarra with the American Indian Movement while speaking to the crowd. “They laugh at us behind those closed doors. They make fun of a child.”

“Those leaders do not represent us,” said the Black Alliance for Peace’s Carlos Sirah. “We are in solidarity, we are with each other. Despite what that leader says.”

Protestors were joined in those sentiments by other activists and community leaders throughout Los Angeles County, as evidenced by a feeling of similar outrage during a Van Nuys Neighborhood Council meeting Wednesday.

“It’s really hard on me, a lot of this. It’s just not right for leaders to behave like this,” said John Camera, a Van Nuys Neighborhood councilmember. “We should be watching one another.”

Despite the general feeling of anger towards city council, protestors have thus far been happy to see a variety of communities come together to support the same cause.

“Everybody came in solidarity to support Black and Indigenous communities, and together we said, if you come for one of us, you come for all of us.”