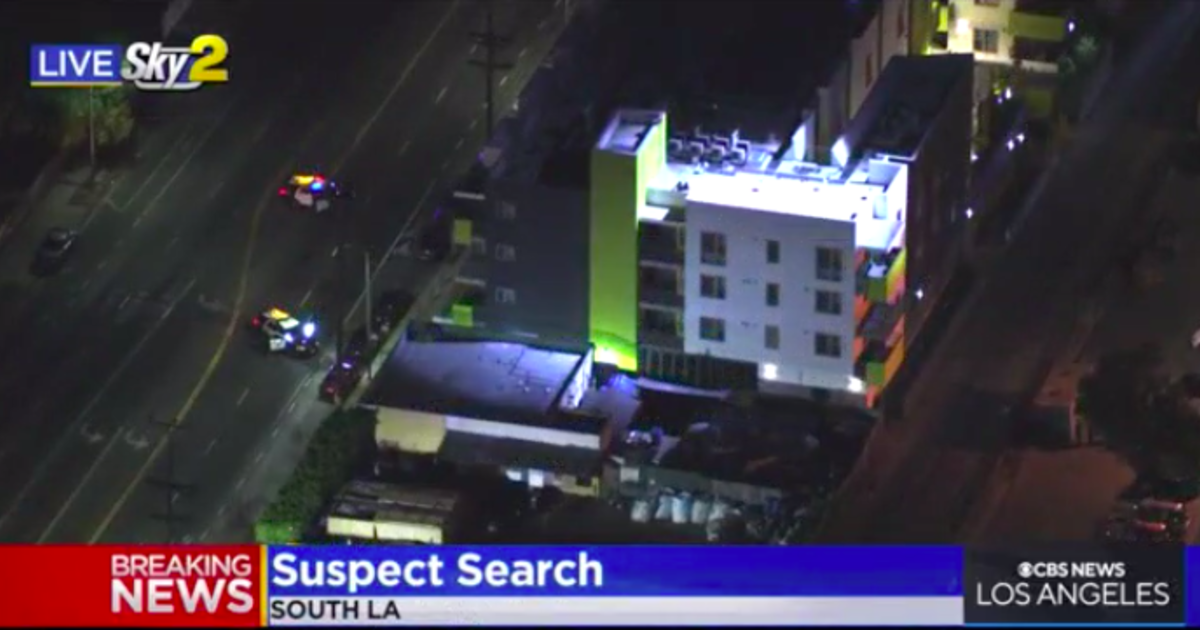 Los Angeles Police Department officers are searching for an assault with a deadly weapon suspect in South Los Angeles.

The incident began with a pursuit in Nickerson Gardens, before the suspect ditched their vehicle on 115th and Success and fled on foot.

At some point during foot pursuit with the officers, shots were fired and an officer called for help, though it was not immediately clear which party fired the shots.

The suspect fled into a business complex in the area, prompting a widescale search from law enforcement.

According to police, the suspect was wanted for assault with a deadly weapon last week in a separate incident.

This is a developing story. Check back for details.