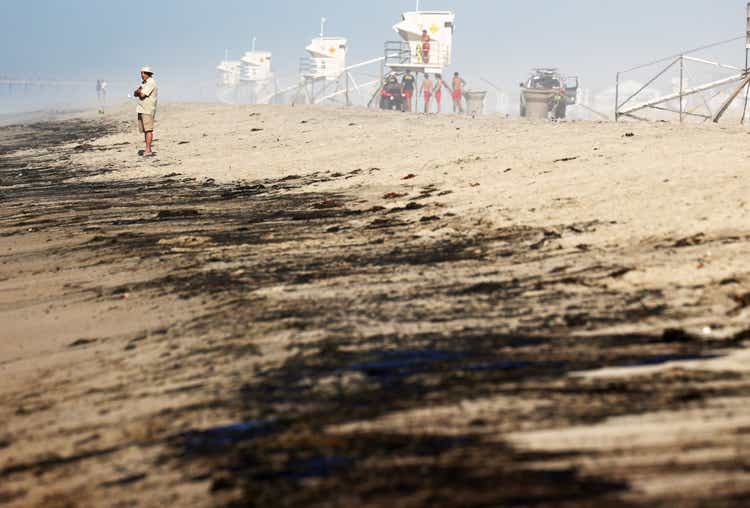 A federal judge gave final approval to a settlement of a class action lawsuit that blamed Plains All American Pipeline (NASDAQ:PAA) (NASDAQ:PAGP) for a 2015 oil spill off the California coast, AP reported late Thursday.

Earlier this year, Plains (PAA) agreed to pay $230M to settle the lawsuit brought by fishermen and property owners over damages caused by the spill of 142K gallons of crude oil into the Pacific Ocean from an undersea pipeline north of Refugio State Beach in Santa Barbara County.

Federal inspectors determined the company had made several preventable errors, failed to quickly detect the pipeline rupture and responded too slowly as oil flowed toward the ocean.

Plains All American (PAA) -7.6% in Friday’s trading as energy-related stocks are routed across the board.