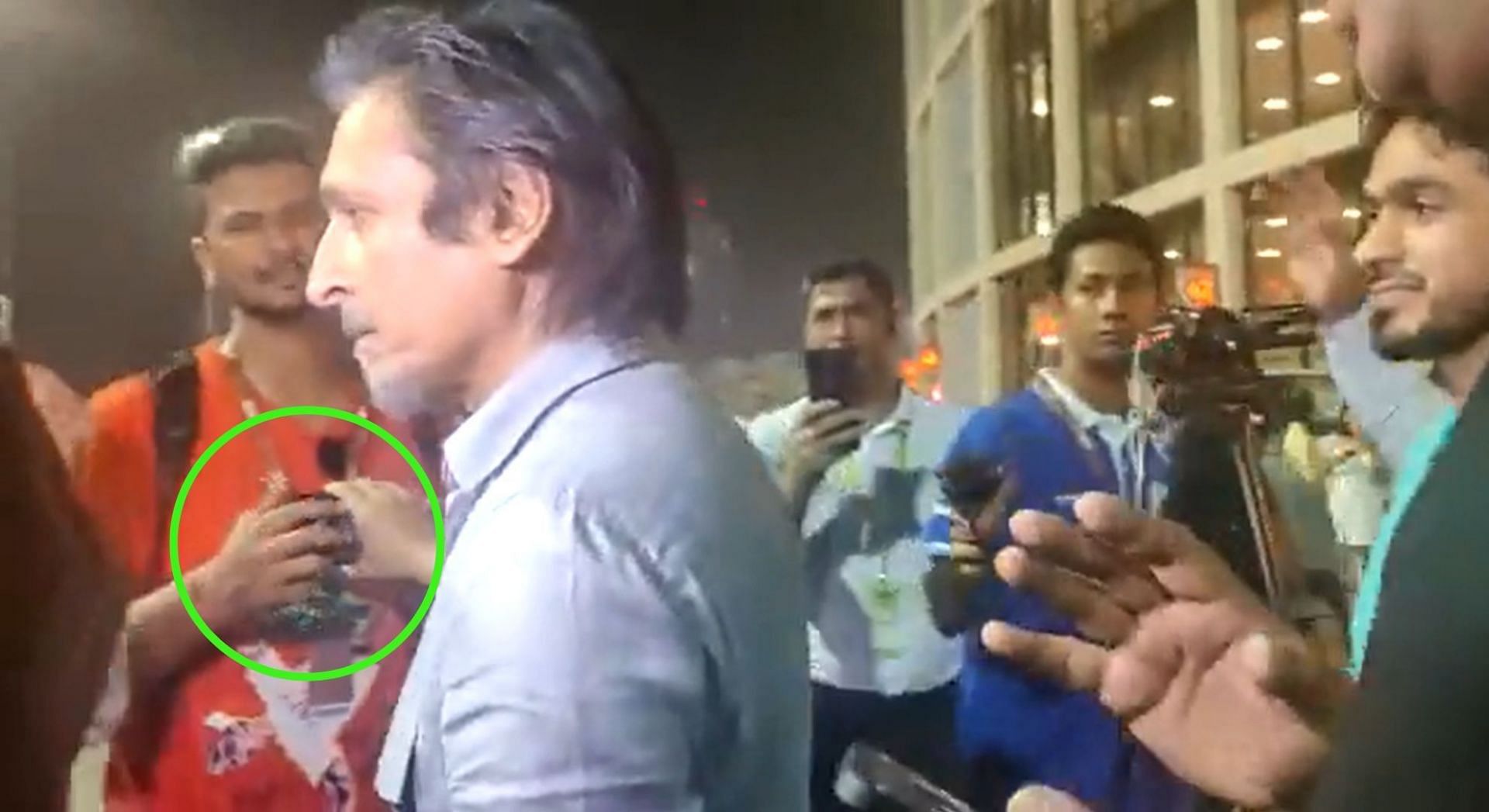 In a video shared on social media, Ramiz could be seen frustrated while replying to a journalist. He even lowered his mobile phone during the recording.

The former Pakistan cricketer also asked one of the people from the crowd to step away from the camera, making him uncomfortable.

In the viral video, Ramiz could be heard saying:

“Aap India se honge? Aap to bade khush honge. (Are you from India? You must be delighted.)

He also credited Sri Lanka for their victory.

Sri Lanka registered two victories against Pakistan by batting first and second in the Asia Cup 2022. While they beat Babar Azam and Co. by four wickets in the Super 4 stage, they once again defeated the Men in Green by 23 runs in the final.

The Islanders had a terrible start after they were asked to bat first. They struggled at 58/5 in 8.5 overs, but Bhanuka Rajapaksa 71(45) and Wanindu Hasaranga 36(21) took the team to a fighting total of 170/6 in the allotted 20 overs.

Haris Rauf was the pick of the bowlers with three wickets. Naseem Shah, Shadab Khan and Iftikhar Ahmed settled for one wicket each.

Unfortunately, Iftikhar’s dismissal in the 14th over triggered yet another middle-order collapse from the batting unit. They were bowled out for 147 in 20 overs.