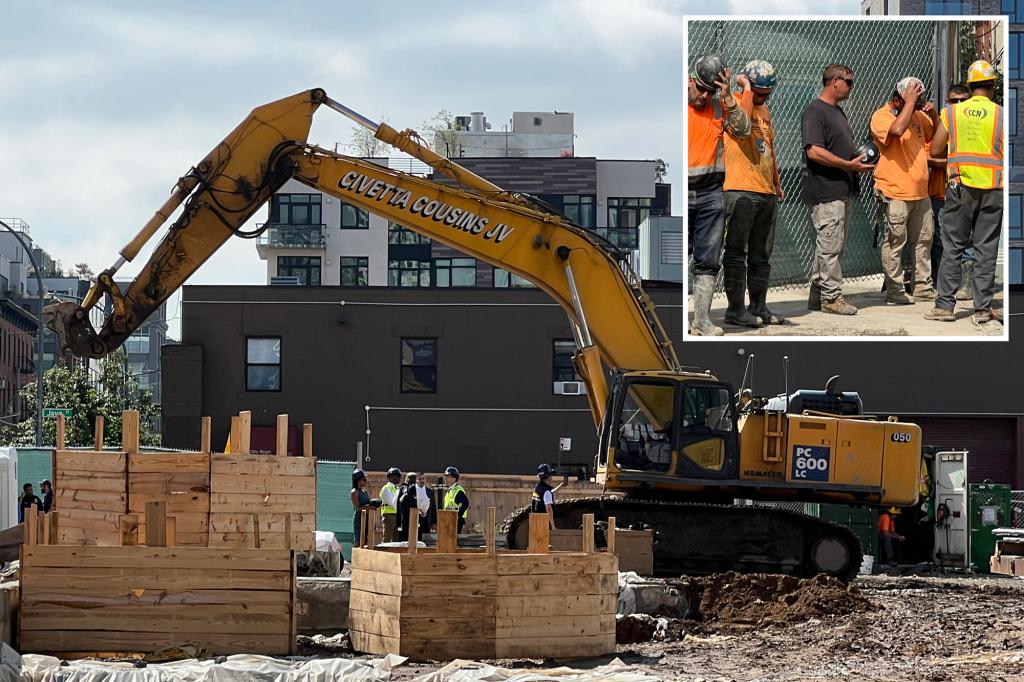 A hardhat was killed when a piece of an excavator fell on him at a Brooklyn site Monday morning, cops said.

The 46-year-old construction worker was standing at the site at 1 Java St. in Greenpoint around 9:10 a.m. when the equipment part fell on him, authorities said.

He suffered severe body trauma and was pronounced dead at the scene, police said.

The 728,000-square-foot site occupies an entire block and “is envisioned as a resilient, mixed-use development including over 800 residential rental units,” according to the profile on the website for its developer, Lendlease.

Thirty percent of the apartments will be designated as “affordable housing,” and the property is also expected to include more than 13,000 square feet of retail space.

Construction is scheduled for completion in 2026.