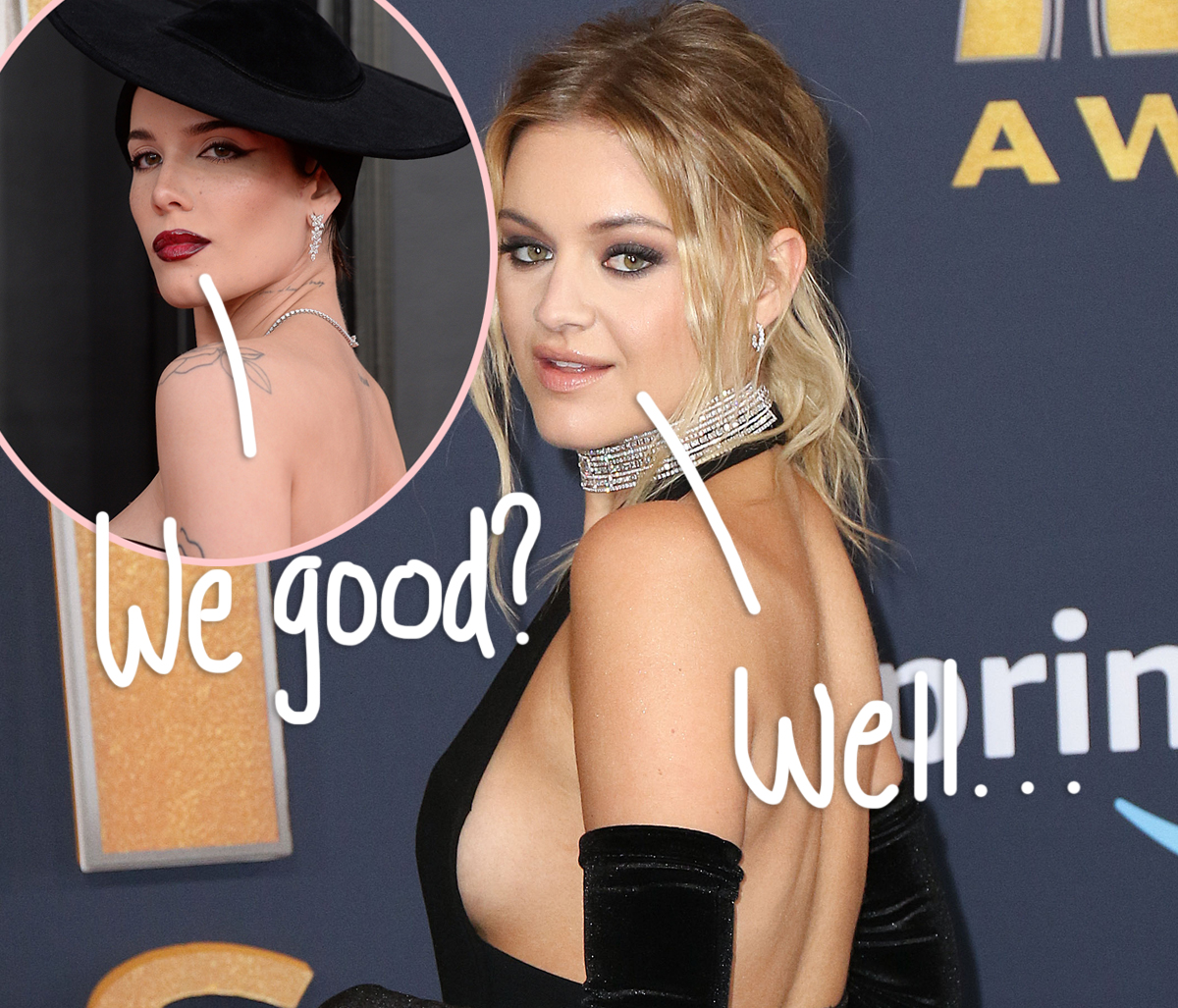 Did Kelsea Ballerini and Halsey have a falling out?! It seems like it, at least, according to a new song from the country crooner!

The 29-year-old singer dropped her new album Subject to Change on Friday, where she seemingly referenced the end of a friendship in the track Doin’ My Best. Kelsea sings in the second verse:

“I was friends with a pop star / I put ’em on track four, but / Wish I could take it back, I woulda never asked / If I knew we wouldn’t talk anymore.”

Whoa! You can listen to the entire song (below):

Related: Kelsea Gets Naked In Bathtub For Emotional TikTok  After Divorce News

Who is this unnamed “pop star,” you may ask? While Kelsea does not offer up any other details in the song, internet sleuths quickly guessed that the person she was referencing was none other than Halsey. Why is that? Well, the 27-year-old was featured in her song The Other Girl in 2020, which was the fourth track on the album, Kelsea. Halsey and Kelsea even performed together, including their collab before its release, for an CMT Crossroads episode in 2019. A year later, they then hit the stage again for a Coyote Ugly-themed performance of the track at the CMT Music Awards.

Before their duet, Kelesa also claimed to Taste of Country that she “never had collaborations on my records before” Halsey – so all signs seemingly point to the fact that they are no longer friends. Yikes!! It is unclear what happened between the two artists in the last two years, but something bad must have gone down for Kelesa to regret the collaboration now.

Without naming who she’s singing about, Miss Me More songstress opened up about the track on Audacy’s Rob + Holly Show on September 15. She said:

“The intention behind that lyric—because I do feel like I do have to say this—it is not meant to be a shady lyric.”

But she had to have known that social media users would have picked up on this lyric?! It seems pretty clear who Kelsea was talking about, and she even said “wish I could take it back, I woulda never asked.” That is pretty shady if you ask us! She continued to explain:

“The whole idea of that song—just because that song is going to be one that people talk about and I know that—it’s the idea of taking ownership of my cringe. I wanted to acknowledge all of the things that people have watched happen in my life and just go, ‘Yep. Here’s the messiness. I’m owning it, I’m doing my best.’”

This is certainly messy! LOLz! Are you surprised there is beef between Kelsea and Halsey? Let us know your reactions to the song in the comments below.