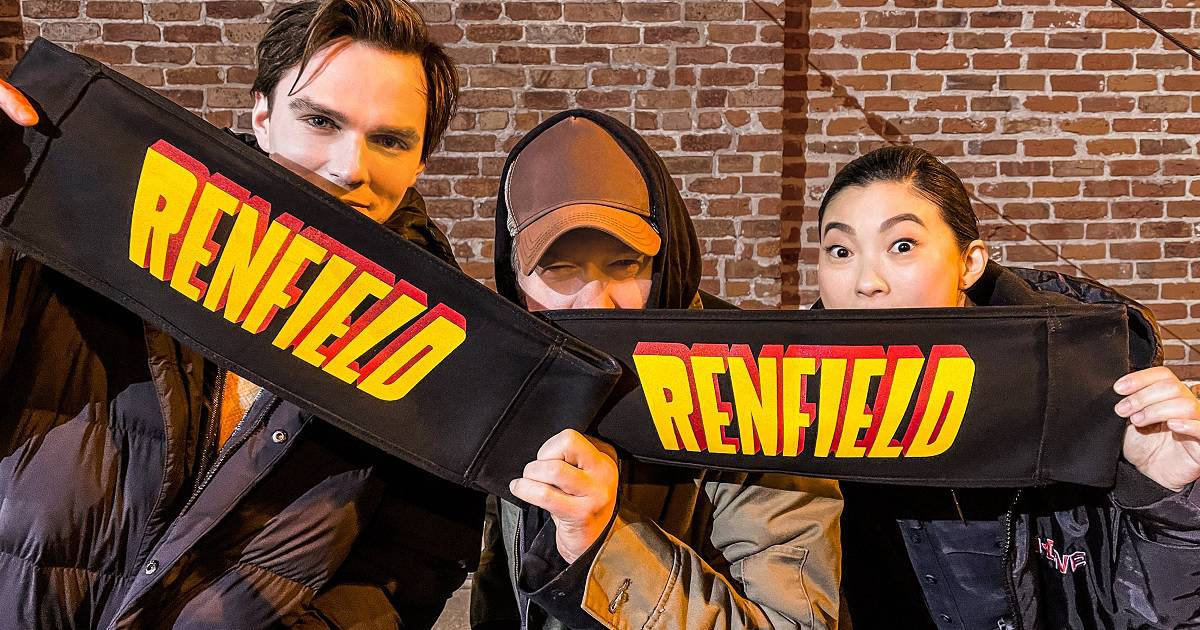 Nicolas Cage plays Dracula in the upcoming Universal Monsters movie Renfield, which is set to reach theatres on April 14, 2023. We’ve seen pictures of what Cage’s Dracula is going to look like, and now Cage has given a sample of the voice he uses for the character in a new interview with Variety. To hear Cage’s take on Dracula, which he describes as a mixture of a Mid-Atlantic accent with some Sir Christopher Lee and a bit of Anne Bancroft thrown in for good measure.

Based on a treatment written by The Walking Dead creator Robert Kirkman, Renfield is directed by Chris McKay (The Tomorrow War) from a screenplay by Ryan Ridley (Rick and Morty). In Bram Stoker’s novel Dracula,

R.M. Renfield was an inmate at a lunatic asylum who was thought to be suffering from delusions but actually is a servant of Dracula. Plot details of the movie weren’t announced, but it’s believed to take place during the present day and is not a period piece.

In this film, Renfield has been serving the bloodsucker for centuries, and now he

has grown sick and tired of his centuries as Dracula’s lackey. The henchman finds a new lease on life life and maybe even redemption when he falls for feisty, perennially angry traffic cop Rebecca Quincy.

While Universal is developing several monster projects, they were excited to get Renfield into production first. According to Deadline, the story’s “mix of humor and action was something the studio was looking for because so many of the other properties have more of a horror element to them.”

Kirkman, who has described the film as “a violent comedy”, is producing Renfield with David Alpert, Bryan Furst, and Sean Furst of Skybound Entertainment, alongside McKay’s producing partner Samantha Nisenboim.

Let us know what you think of Cage’s Dracula voice, and if you’re looking forward to Renfield, by leaving a comment below.