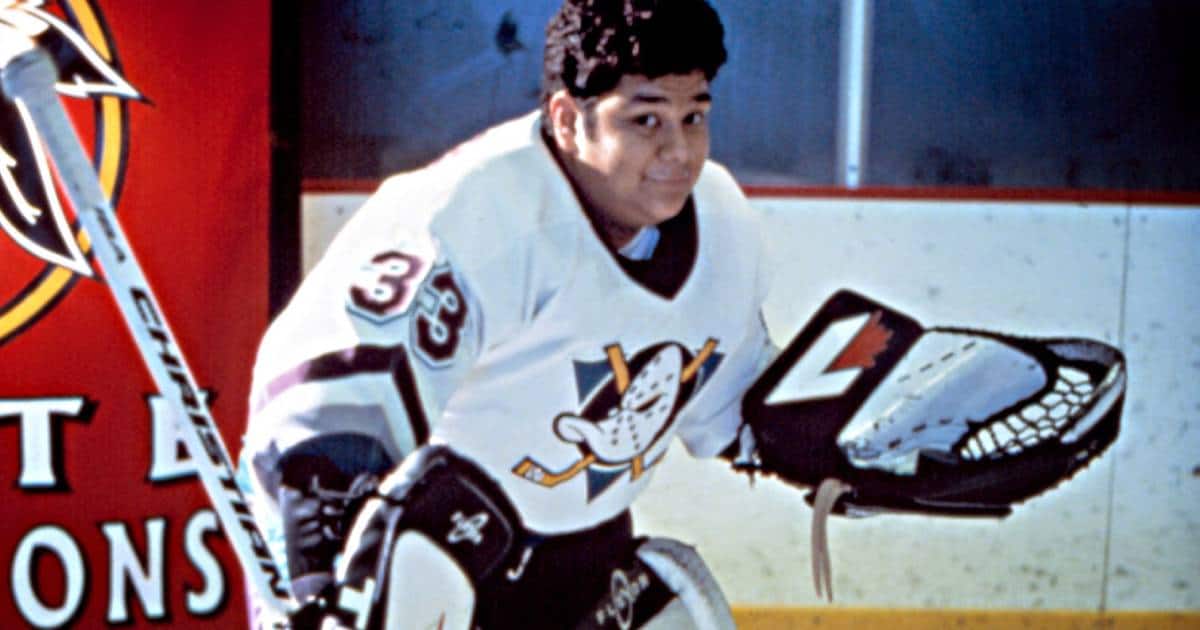 In a recent episode of the online chat show Addiction Talk, Shaun Weiss opened up candidly about his problems with drug abuse, theft, and his rather disturbing mugshot, looking a couple of decades older than his 40-year-old self.

“It’s hard to see those images…When I see them, they kind of shock me still…I was avoiding reflective surfaces, so I didn’t know what I looked like. I’m not exaggerating.” He continued, apologizing to Mighty Ducks fans. “I’m really sorry ‘Ducks’ fans had to see me like that…I’m really hoping my story can be useful, so it’s not just a sad thing that happened.”

Following personal loss and a slumped career, Shaun Weiss began drinking heavily before turning to heroin and meth, eventually winding up either homeless or in the penalty box that is prison.

Fortunately, Shaun Weiss is coming up on his third year of sobriety, and he seems as healthy, positive, and focused as ever. He has reportedly even landed his first significant role in many years. Maybe the most recent high-profile project he was involved with was 2008’s Drillbit Taylor, where he’s credited as Bus Driver.

Shaun Weiss portrayed loudmouth #33 Greg Goldberg in the original Mighty Ducks trilogy, released between 1992-1996. Although some fan-favorite characters have turned up on the Disney+ series The Mighty Ducks: Game Changers–Fulton Reed, Adam Banks, and Connie Moreau among them–the goalie has been missing in action.

Hopefully, Shaun Weiss will get a chance to appear on Game Changers, as his redemption story is certainly worthy of more attention. Until then, there’s no knuckle puck time!

What do you think? Does Shaun Weiss deserve his spot back on the ice? Let us know your thoughts on Weiss’ redemption story in the comments below!