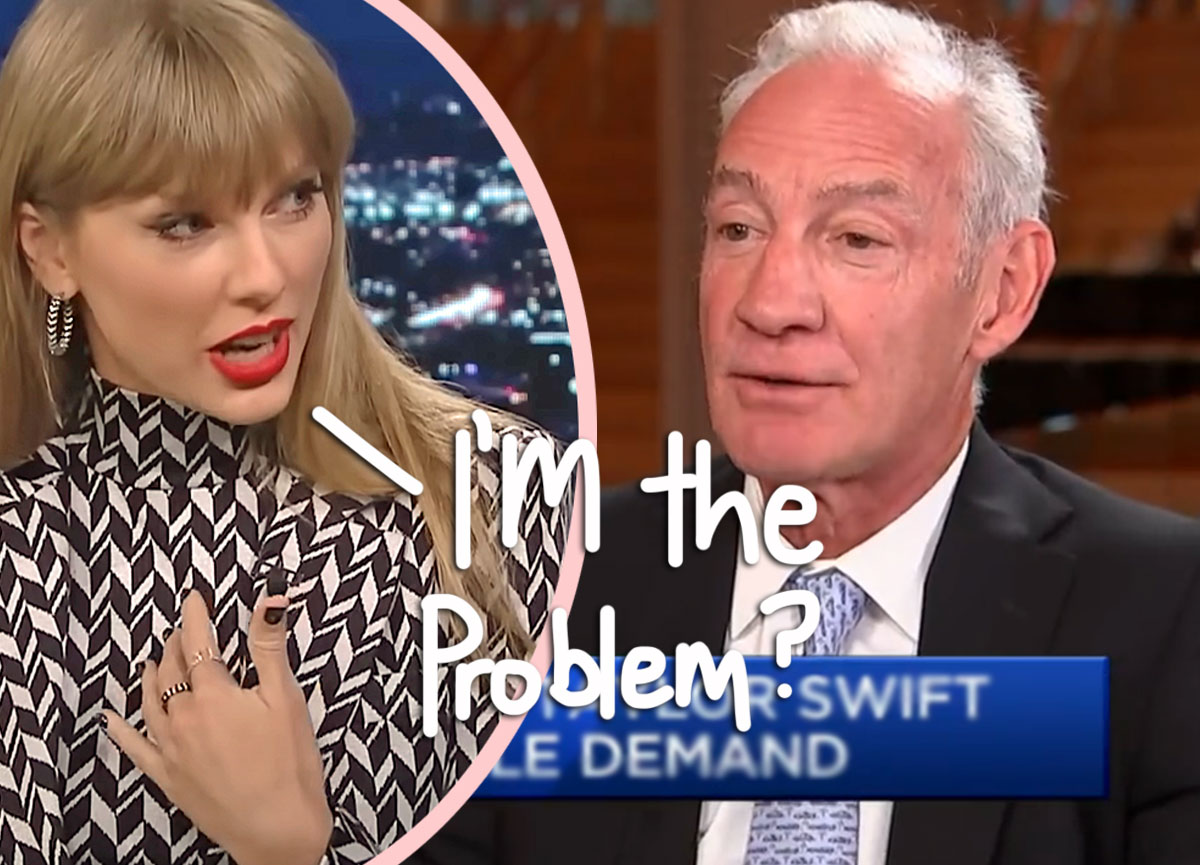 Taylor Swift’s fans suffered through a Great War this week to buy — or attempt to, for most people — tickets to the musician’s upcoming Eras tour. But now, not only is Ticketmaster trying to blame the musician for the awful experience, but they’ve CANCELED the general ticket sale, which was supposed to happen on Friday. What?!

Okay, let’s back up. On Tuesday, a select number of Ticketmaster Verified Fans received a special code to purchase tickets on the site ahead of the general sale. After seeing the success of Midnights, everyone knew it was going to be tough to snag the best seats — but what followed was a bloodbath no one saw coming! Supposedly, not even the seller…

The whole presale turned into an epic disaster with hours-long wait times, marked-up ticket pricing, and glitches as a result of Ticketmaster being unprepared with their servers overloaded. Seriously, it was crazy. Go check on your Swiftie BFFs. They need all the love and support they can get right now, especially with this latest news. LOLz!

Now, Live Nation Entertainment company chairman Greg Maffei is opening up about what went wrong — and pointing fingers! (BTW, Ticketmaster merged with fellow ticketing company Live Nation in 2010 which is why he’s facing criticism.) In an interview with CNBC on Thursday, the businessman was asked to address the ticket fiasco, to which he responded:

“The Live Nation team is sympathetic to the long wait times and fans who couldn’t get what they wanted. Reality is it’s a function of the massive demand that Taylor Swift has. The site was supposed to be opened up for 1.5 million verified Taylor Swift fans. We had 14 million people hit the site — including bots, another story, which are not supposed to be there. And despite all the challenges and the breakdowns, we did sell over 2 million tickets that day. We could have filled 900 stadiums.”

Damn. 14 million just for presale?! We highly doubt 12.5 million of those site users were bots — unless there’s a bigger issue at play — but it really seems like the company won’t take accountability. Wow!

But also, is he seriously trying to pin this on TayTay? Sure, maybe she could’ve shut down the surge pricing (which artists reportedly have control of), but the ticket seller should have been ready for a large number of buyers. It’s literally their job! Nevertheless, Greg continued:

“Interestingly, AEG — our competitor, who is the promoter for Taylor Swift — chose to use us because we are, in reality, the largest and most effective ticket seller in the world. Even our competitors want to come on our platform.”

Liberty Media CEO and Live Nation chairman Greg Maffei responds to the Taylor Swift ticket fiasco: “I apologize to all our fans. We are working hard on this.” https://t.co/C8ATt6B2Kn pic.twitter.com/4bePfAtdxz

Just as a reminder: this was a presale event meaning only those with a code — sent to them by Ticketmaster themselves — could purchase tickets. So, the company knew exactly how many people were going to log on and they still weren’t ready. SMH.

Also, just because AEG used Ticketmaster doesn’t mean they thought their system was effective (it clearly wasn’t!). This decision was likely made because of their power in the industry, which many politicians have blasted them for in light of this disaster. At the time of the presale, Rep. Alexandria Ocasio-Cortez tweeted:

“Daily reminder that Ticketmaster is a monopoly, its merger with LiveNation should never have been approved, and they need to be reigned in.”

“Ticketmaster’s power in the primary ticket market insulates it from the competitive pressures that typically push companies to innovate and improve their services. That can result in dramatic service failures, where consumers are the ones that pay the price.”

The site’s taking heat from everyone! Even President Joe Biden is keeping an eye on concert ticket sales, tweeting about wanting to crack down on “hidden junk fees — like processing fees on concert tickets” back in November. Well, we know he’s got Swifties in his corner now!

Just for the record, while the number of fans trying to purchase Eras tour tickets was astronomical, Ticketmaster has struggled with other major stars like Harry Styles’ Love on Tour and Billie Eilish’s Happier Than Ever world tour. Both concerts saw long wait times and ridiculously high surge pricing which added hundreds of dollars onto the OG price of tickets because of (*obvious*) high demand. So, this has been a problem a long time in the making… and for Taylor Swift fans, it just got WAY worse.

On Thursday, Ticketmaster took to social media to announce the previously scheduled general sale for fans who didn’t get access to the Verified Fan presale or Capitol One Exclusive Cardholder presale was officially CANCELED! They shockingly tweeted:

“Due to extraordinarily high demands on ticketing systems and insufficient remaining ticket inventory to meet that demand, tomorrow’s public on-sale for Taylor Swift | The Eras Tour has been cancelled.”

Due to extraordinarily high demands on ticketing systems and insufficient remaining ticket inventory to meet that demand, tomorrow’s public on-sale for Taylor Swift | The Eras Tour has been cancelled.

At this time, no additional information has been given, and it’s unclear if tickets will ever go on sale again. What a joke. Neither the singer nor her team have addressed the situation yet, but we’re ready for Tay to clap back at Greg. Jeez. Reactions, Perezcious readers? Were you able to get tickets?? Sound OFF (below)!