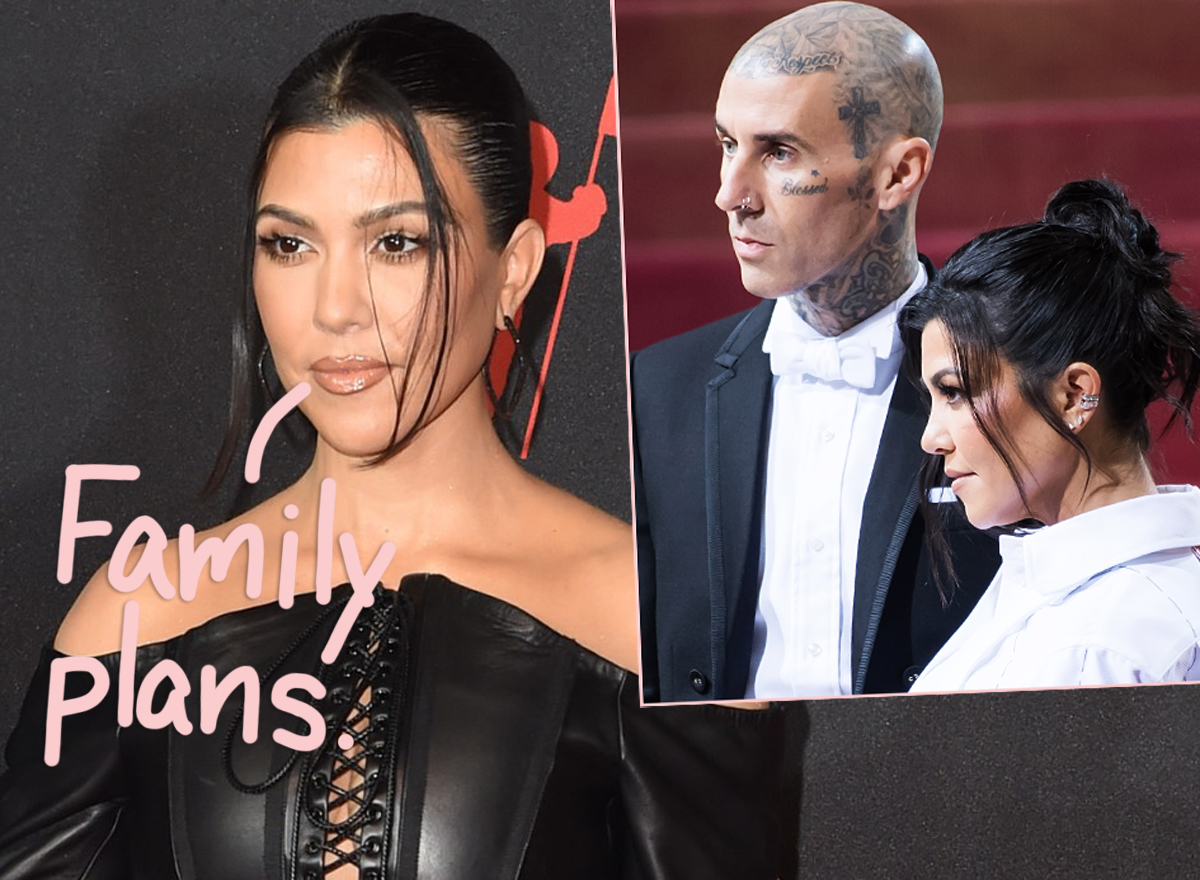 Kourtney Kardashian and Travis Barker are doing what they feel is right for their relationship — and for their family.

Of course, the 43-year-old Poosh founder had been going through in vitro fertilization procedures with the end goal of having a baby with the 46-year-old pro drummer. However, they’ve now put a halt to all that, and now the duo is re-thinking their timetable and re-considering their future.

The reality TV veteran explained it all in a new interview with WSJ. Magazine that was published on Monday morning. In it, she revealed the happy couple has paused their IVF plans for the last few months following their late May wedding and everything that came thereafter.

“We started an IVF journey, but I stopped. It was a lot. I took a break to just focus on our wedding and getting married.”

Fans of the fam’s Hulu show The Kardashians will recall that the couple’s IVF process was documented on the streaming series’ first season. The Blink-182 drummer and the mom of three went through the ringer with that, working closely together while taking on the challenging health protocol ahead of a possible pregnancy.

In the Hulu series, Kravis seriously tried other fertility options, too, including an Ayurvedic Panchakarma cleanse that ordered no sex, no caffeine, no alcohol, and no sugar for five consecutive days. Kourt recalled the challenges of that holistic health process, telling the mag in this new interview:

It’s to reset your body. You do all of that — and it’s cleaning out [the toxins from] your tissues. And then you go into this spa and do treatments every day for four hours. Everything is very ritualistic and has a purpose, and it’s fascinating. I was doing it mostly for cleansing my body [in preparation to] hopefully have a baby.”

Such a challenge! There was also Travis’ health scare earlier this summer — which we’ve heard made IVF an even bigger struggle.

But if it’s all meant to work out for them when (or if) they restart things, then it shall. Sending love and light!!

The interior design aficionado told the outlet about the family’s quality time together, and how she and Travis still separate from the pack, too:

Just around the corner, season two of the fam’s reality show is set to debut on Hulu. With that September 22 premiere looming, WSJ. Magazine asked what we’re all wondering about whether fans will get to see wedding footage on the show!

Kourt admitted she’s still on the fence about it, saying:

We know what our vote on that is!! What about U, Perezcious readers?? You can read Kourt’s full interview with the mag HERE. Sound OFF with your thoughts down in the comments (below)…