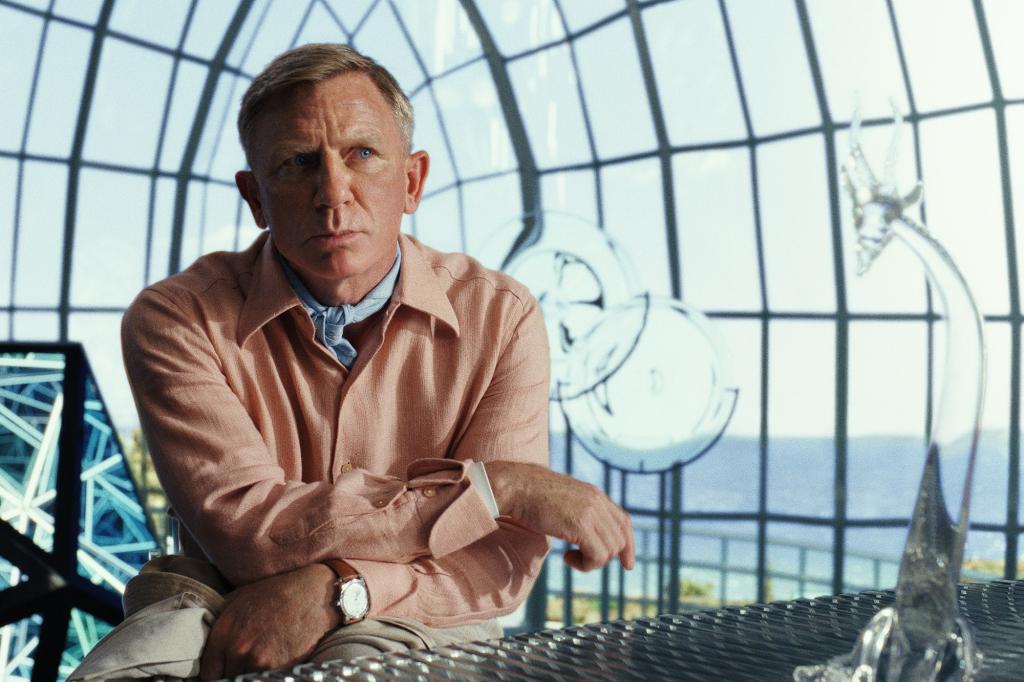 The sequel to the surprise hit of 2019 “Knives Out” premiered Saturday at the Toronto International Film Festival. Called “Glass Onion: A Knives Out Mystery,” the Netflix movie brings back Daniel Craig’s Detective Benoit Blanc and throws him in with an entirely new crew of wealthy eccentrics.

Is it funny? Indubitably, my dear watcher. Johnson, who got an Oscar nod for writing the first film, is a very clever scribe and director. After all, he is the same guy who, much to many “Star Wars” fans’ chagrin, wrung a lot of laughs out of “The Last Jedi.”

However, what makes you want to draw a chalk outline around “Glass Onion” is our lazily conceived new suspects. They’re well-cast and the actors all do fine comedic work, to be sure, but Johnson drops one defining biographical detail about them at the beginning and never elaborates.

The actors, therefore, play up their own personalities rather than develop memorable characters. Plainly put, they’re bland.

For example, Kathryn Hahn (trading Agatha All Along for Agatha Christie) plays Claire, the governor of Connecticut. If you walked into the movie 15 minutes late, you’d have no idea she is a powerful politician. Same goes for Leslie Odom Jr.’s Lionel, a brilliant scientist. Once in Greece, he’s no different than any other guy tanning by the pool.

Kate Hudson plays a ditsy social media firebrand named Birdy (she’s been mastering that performance her entire career), and Dave Bautista is Duke Cody, a loud, gun-toting right-wing internet personality with a bikini-clad girlfriend named Whiskey (Madelyn Cline). Janelle Monáe, meanwhile, is a secretive interloper named Cassandra who everyone seems to hate and has a mysterious past.

They’re all summoned to a private Greek island in May 2020 during the pandemic (there are a lot of pandemic jokes here that won’t land in a few years) by their pal Miles Bron (Edward Norton), an Elon Musk-type billionaire innovator who likes to make a splash, for a murder mystery weekend. He calls his oddball group of friends “The Disruptors.”

Frankly, this film could use with some more disruption.

Thankfully adding some panache, Blanc, who’s never met any of these people before, is invited along too.

Once they arrive at the pristine isle, where Bron has built a giant home called the Glass Onion, powered by a controversial and dangerous new energy source, everybody just yells a lot and the film drags on too long for a light comedy. I missed the acidic wit of the first film; I missed Jamie Lee Curtis. The reveal isn’t surprising enough.

Craig, funny as ever in this role, gets the bulk of the laughs, and Detective Blanc is the most fascinating part of the movie. Just like in the original, it’s a treat to hear him throw back to seemingly innocuous lines uttered an hour before that told us exactly what was going on. If only we’d listened more closely.

Johnson still does whodunits better than Kenneth Branagh’s horrid Agatha Christie adaptations he keeps torturing audiences with. Yet despite the giggles and the beefier budget — explosions, an exotic locale, massive sets — “Glass Onion” comes off slight.