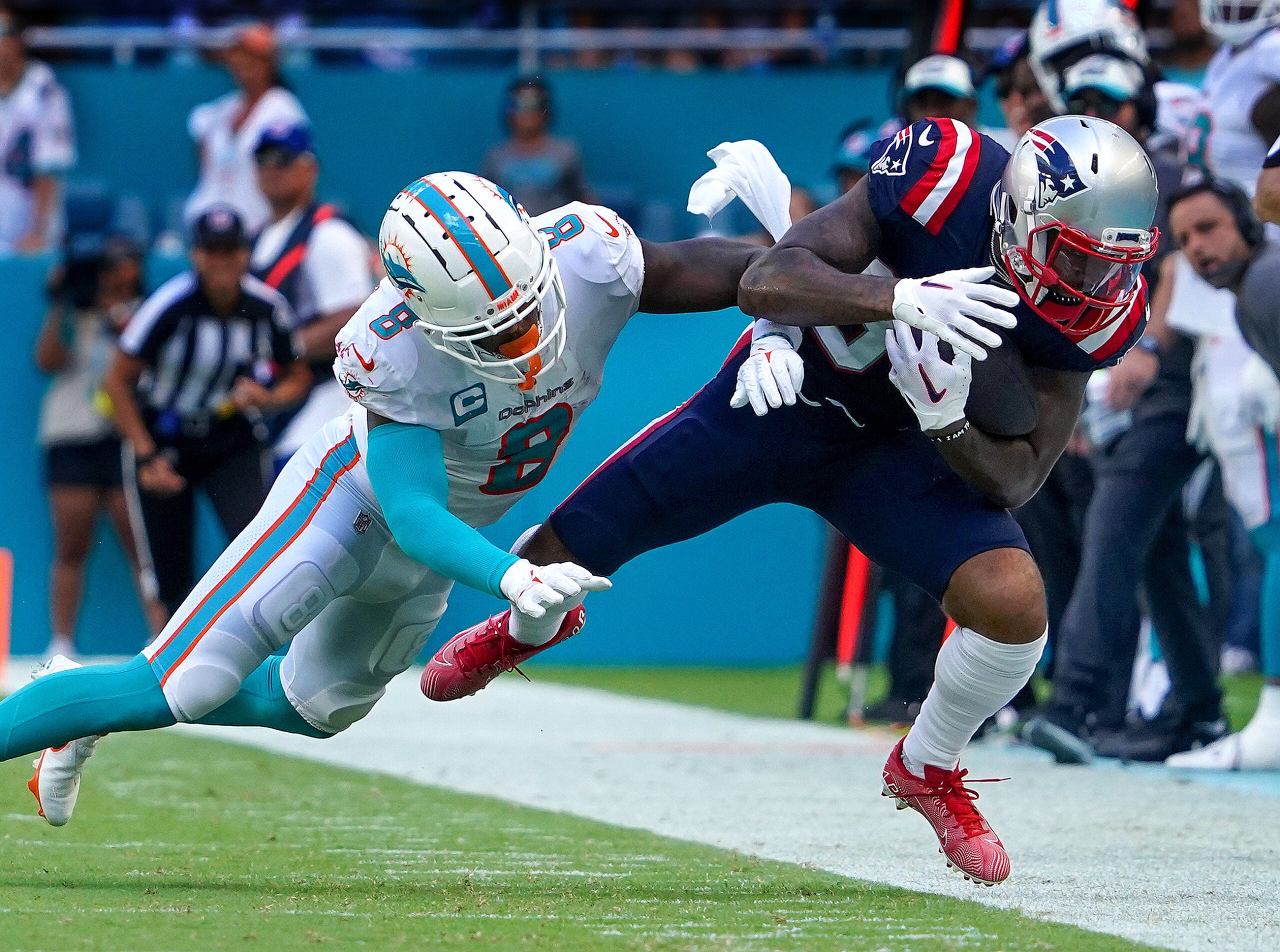 During the Patriots’ 20-7 season-opening loss to the Dolphins on Sunday, wide receiver Kendrick Bourne played only two snaps during the entire game.

On one of those plays, Bourne hauled in a 41-yard catch, New England’s longest gain of the day.

Explaining why a player who developed a rapport with Mac Jones in 2021 and was able to make such an instantaneous contribution on Sunday was largely absent from the game was one of several matters brought to Bill Belichick during Sunday’s postgame press conference.

“We did what we thought was best,” said Belichick when asked about Bourne. He added that it had nothing to do with a possible disciplinary action by the team.

On Monday, during his interview with WEEI’s “The Greg Hill Show,” Belichick was asked again what Bourne needs to do to show the coaching staff he can get additional playing time.

“I thought ‘KB’ did a great job stepping in there when we needed him,” said Belichick. “Made a big play for us. He’s a good player. I’m sure that he’ll have plenty of opportunities, as all of our skill players will, going forward, so we’ll see how it all plays out.”

In a follow-up question, he was asked directly why Bourne “didn’t see the field until into the fourth quarter.”

“It just kind of worked out that way,” Belichick replied, “it wasn’t anything that was specifically avoided. Just didn’t work.”

Bourne’s role (or lack thereof) has become a mysterious subplot since training camp. Though he posted a career season in 2021 (55 catches, 800 yards receiving, five touchdown receptions), he has been pushed down the team’s wide receiver depth chart in recent weeks.

While it’s theorized that Bourne’s role in a fight with Panthers players during the training camp joint practices with Carolina may have put him in Belichick’s “doghouse,” the fact is that he had already begun to receive fewer practice reps with the starting offense even before that.

Whatever the initial reasoning, Bourne remains a peripheral figure in New England.

According to NBC Sports Boston’s Phil Perry, there are Patriots players who want that to change.

“I can tell you his teammates — there are some that I’ve spoken to that would like to see him play more as well, and they are surprised they are not seeing more of Kendrick Bourne,” said Perry.

The Patriots will face the Steelers in Pittsburgh in Week 2 on Sunday at 1 p.m.

Get breaking news and analysis delivered to your inbox during football season.