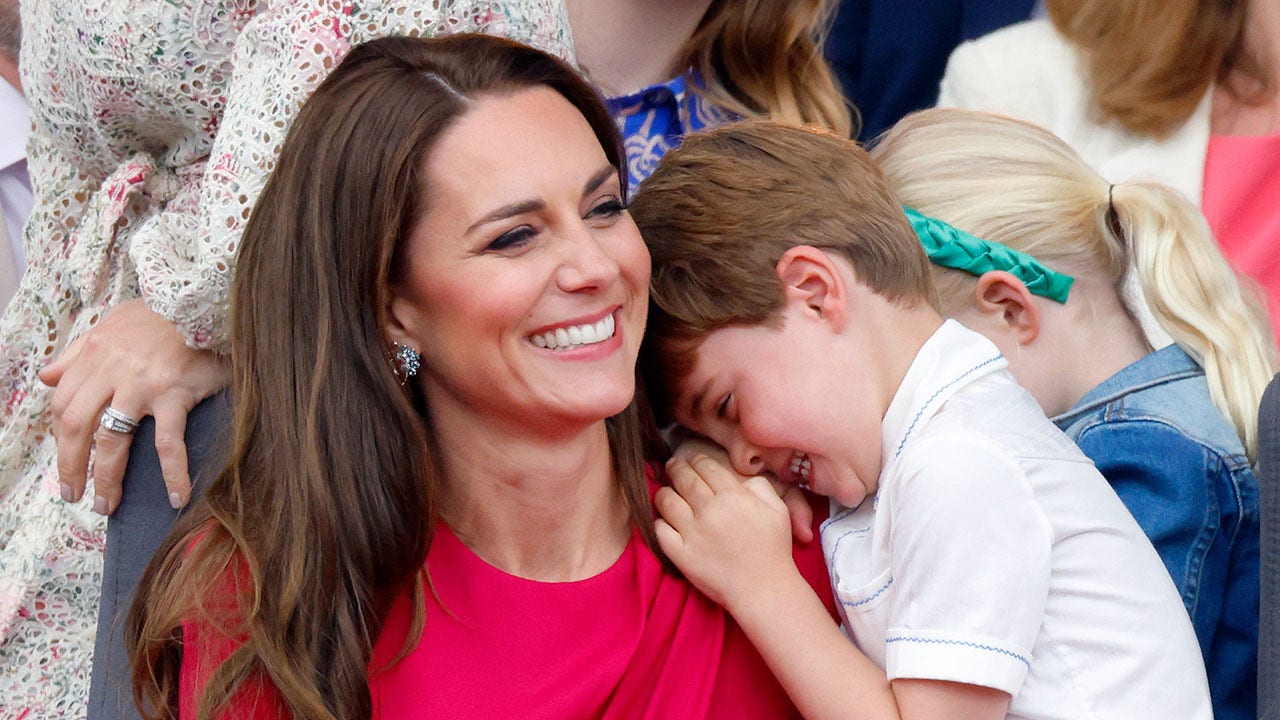 While greeting the public outside of Windsor Castle on Saturday, Kate Middleton, the Princess of Wales, told a group of children that her youngest son Louis said his great-grandmother was “now with” his late great-grandfather Prince Philip after her death.

“My little Louis, he’s so sweet. He said: ‘Mommy don’t worry because she’s now with great-grandpa,'” the princess told members of the public mourning at the castle, according to a viral TikTok video.

“This just shows you just how special she was to everybody, all generations…thank you for coming to pay your respects,” Kate told the children, speaking about the large crowd mourning the queen.

Philip died at 99 years old last April. The couple had been married for 73 years.

Catherine, Princess of Wales and Prince Louis attend the Platinum Pageant on The Mall on June 5, 2022 in London, England.
(Photo by Max Mumby/Indigo/Getty Images)

Louis, who is the youngest brother to Prince George, 9, and Princess Charlotte, 7, stole the show during the Trooping the Colour ceremony at the queen’s Platinum Jubilee in June for all of the funny faces he made.

The prince acted like any other 4-year-old would at a perhaps too-long-for-him grown-up event by looking bored, sticking out his tongue and dramatically holding his hands over his ears as royal jets flew over the balcony where his stood with the royal family.

Queen Elizabeth II watches as pallbearers carry the coffin of Prince Philip, Duke Of Edinburgh into St George’s Chapel by the pallbearers during the funeral of Prince Philip, Duke of Edinburgh at Windsor Castle on April 17, 2021 in Windsor, United Kingdom. She had to sit alone because of coronavirus policies.
(Photo by Yui Mok-WPA Pool/Getty Images)

Kate and her husband William, Prince of Wales, were joined by his younger brother Prince Harry and his wife Meghan, the Duchess of Sussex, which was seen as an olive branch by the heir to the throne amid reported tense relations.

A member of the public told Kate “it was really nice” to see all four of them together, according to ‘Sunday Times’ royal editor Roya Nikkhah.

It has been reported that William and Kate may have first planned to avoid Harry and Meghan when the California transplants had originally planned to visit the continent and the U.K. for several events, but Queen Elizabeth II’s death at 96 years old on Thursday appeared to have changed that.

It was reportedly the first time the four had appeared together in public since March 2020. The couples, dressed in black, spot to members of the public mourning the queen’s death.

In June, the couples attended a service of thanksgiving during the queen’s jubilee but didn’t speak to each other.

In a show of unity after the loss of their grandmother, William and Harry were seen walking next to each other at one point during the about 30-minute outing.

William, Louis’ father, put out his first public statement about the queen’s death on Saturday.

“On Thursday, the world lost an extraordinary leader,” he said. “I, however, have lost a grandmother.

“While I will grieve her loss, I also feel incredibly grateful. I have had the benefit of The Queen’s wisdom. My wife has had twenty years of her guidance and support. My three children have got to spend holidays with her and create memories that will last their whole lives.”