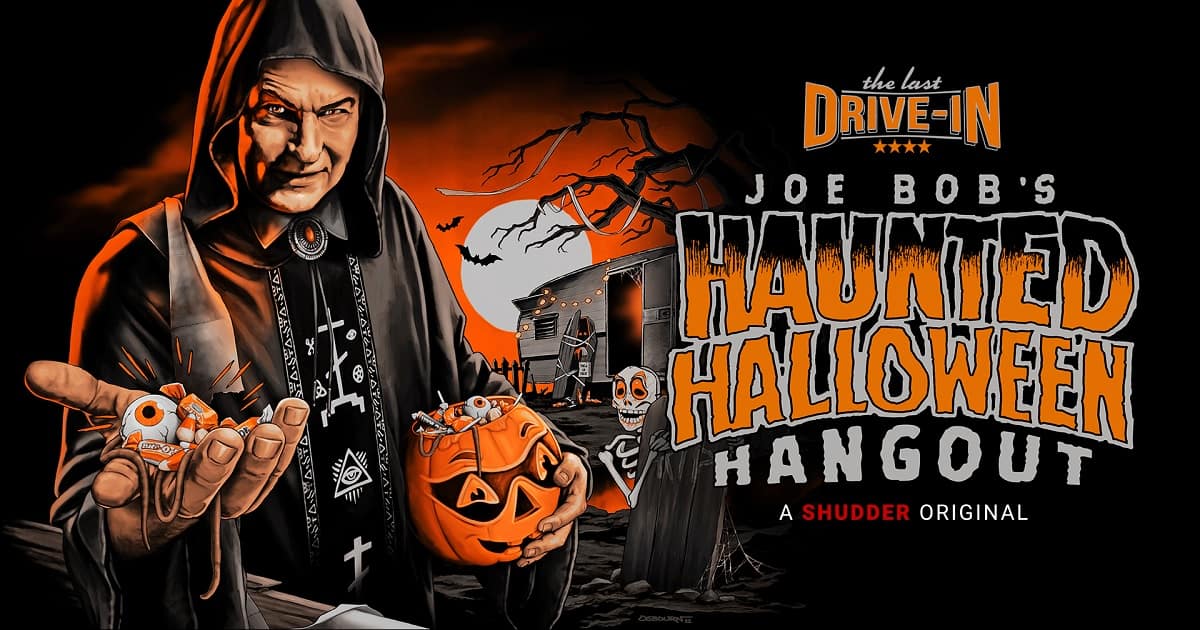 A couple months ago, it was announced that a special edition of The Last Drive-In with Joe Bob Briggs will be premiering on the Shudder TV feed of the Shudder streaming service at 9pm ET on October 21st. We suspected that this special would be the one legendary movie host Cassandra Peterson, a.k.a. Elvira, said she would be appearing on – and now it has been confirmed! A promo has been released for the special, which is called Joe Bob’s Haunted Halloween Hangout, and it shows Peterson interacting with Joe Bob Briggs, who is something of a legend himself.

In what has become an annual tradition, iconic horror host and foremost drive-in movie critic Joe Bob Briggs returns with a special The Last Drive-In double feature just in time for Halloween, premiering live on the Shudder TV feed. You’ll have to tune in to find out what movies Joe Bob has selected, but you can count on something scary and perfect for the season, with a special guest to be announced.

After premiering on the 21st, Joe Bob’s Haunted Halloween Hangout will be available to watch on demand beginning October 23rd.

The hit series returns with Briggs, the world’s foremost drive-in movie critic, presenting eclectic horror movie double features, interrupting the films to expound upon their merits, histories, and significance to genre cinema. The season premiere will feature a celebration of The Last Drive-In’s 100th movie since Joe Bob’s first Shudder marathon in 2018, with surprise special guests. Shudder and Briggs first teamed up in July 2018, for the 24-hour marathon intended to be Briggs’ final farewell to televised movie hosting. Due to overwhelming popular demand, Shudder brought The Last Drive-In back as a weekly series and for multiple holiday specials.

The show is produced by Matt Manjourides and Justin Martell, and directed by Austin Jennings.

I have been a fan of both Joe Bob and Elvira since I was a kid, so I’m hyped for Joe Bob’s Haunted Halloween Hangout. Will you be watching this special? Let us know by leaving a comment below.