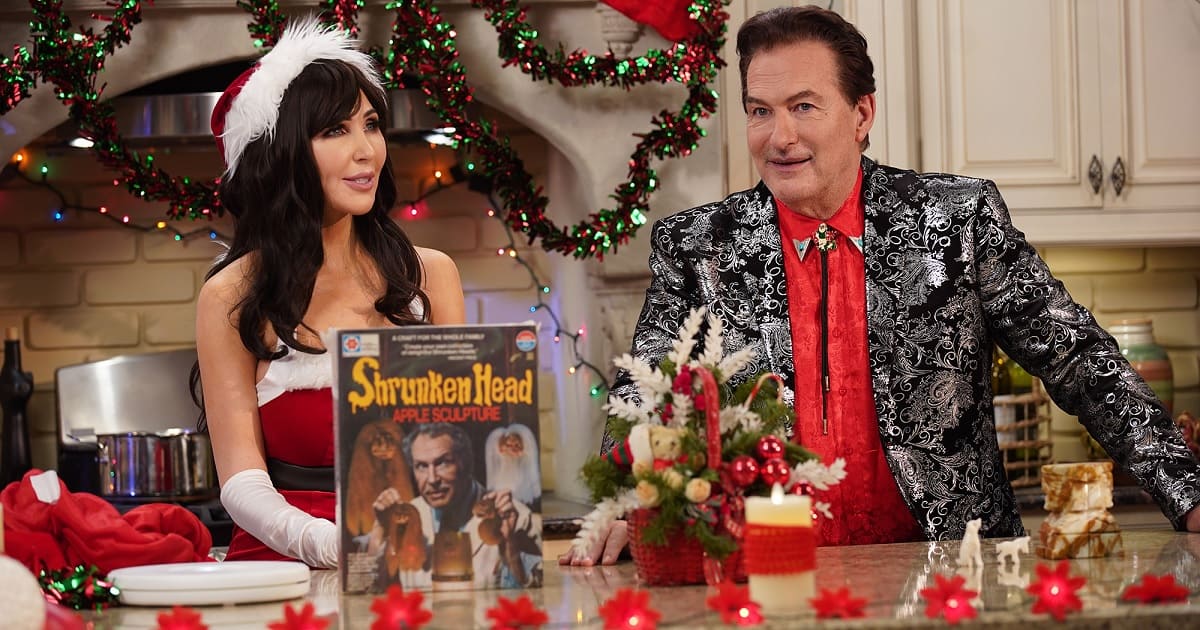 Just a few weeks ago, the Shudder streaming service released a special edition of their series The Last Drive-In with Joe Bob Briggs that was called Joe Bob’s Haunted Halloween Hangout and had legendary movie host Joe Bob Briggs sharing the screen with fellow legend Elvira. For the last few years, it has been tradition for Shudder to release a Joe Bob special around Halloween – and it’s also tradition for them to release a Joe Bob special around Christmas. That tradition continues this year, as Shudder has announced that the new special Joe Bob’s Ghoultide Get-Together will premiere Friday, December 16, at 9pm on Shudder TV. The special will then be available to watch on demand as of Sunday, December 18.

Joe Bob’s Ghoultide Get-Together has the following synopsis: Joe Bob celebrates Christmas the drive-in way, complete with The Last Drive-In’s third annual holiday auction with proceeds going to charity. And who knows, this year’s double feature might even include a Christmas horror movie or two…

That line about the special including a Christmas horror movie or two might be a reference to the fact that last year’s Christmas special, Joe Bob Ruins Christmas, featured Ice Cream Man and Gator Bait instead of Christmas movies.

The hit series returns with Briggs, the world’s foremost drive-in movie critic, presenting eclectic horror movie double features, interrupting the films to expound upon their merits, histories, and significance to genre cinema. The season premiere will feature a celebration of The Last Drive-In’s 100th movie since Joe Bob’s first Shudder marathon in 2018, with surprise special guests. Shudder and Briggs first teamed up in July 2018, for the 24-hour marathon intended to be Briggs’ final farewell to televised movie hosting. Due to overwhelming popular demand, Shudder brought The Last Drive-In back as a weekly series and for multiple holiday specials.

The show is produced by Matt Manjourides and Justin Martell, and directed by Austin Jennings.

Will you be watching Joe Bob’s Ghoultide Get-Together? Let us know by leaving a comment below.