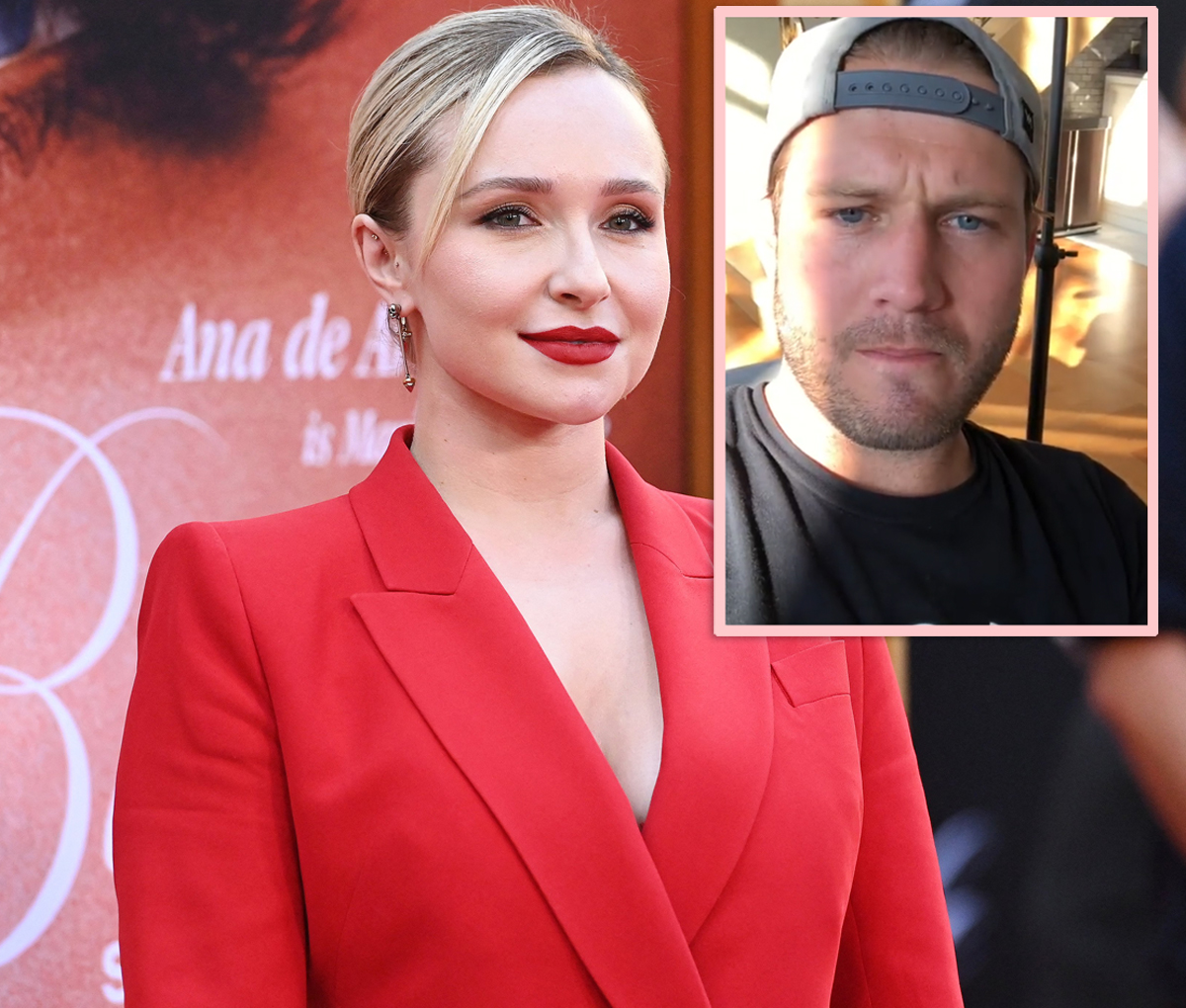 Hold up… Is Hayden Panettiere back together with Brian Hickerson???

According to pictures obtained by Page Six on Tuesday, the 33-year-old actress and her allegedly abusive ex-boyfriend were seen together at the Los Angeles International Airport just three months after breaking up. The pair kept things low-key, with Hayden wearing a black hooded sweatshirt and beige baseball hat while Brian sported a head-to-toe black outfit, cap, and green backpack as they traveled through LAX. The outlet noted they stopped to grab some food at one point while waiting for their plane. You can ch-ch-check out the airport photos HERE.

It’s unknown where Brian and Hayden were heading for the holiday weekend. But what do we really want to know? We mean, what are they doing going on vacay together?! Because last we’ve heard, the duo were pretty adamant they were just “friends” and weren’t going to get back together. And sorry if we don’t buy exes taking a totally platonic trip together. [See Bradley Cooper and Irina Shayk.]

As you know, the (possibly?) former couple dated on and off for years starting in 2018. Their relationship had been toxic and tumultuous, as Brian was charged with domestic violence in May 2019 after he and the Nashville alum got into an alleged physical altercation at their home in Los Angeles. The judge ended up issuing a protective order, requiring Brian to stay 100 yards away from Hayden. But when the charges were dropped, they got right back together. Sigh.

Related: Hayden Was Unaware She Lost Custody Until She Was In Ukraine With Her Ex!

However, the situation escalated when Brian was arrested for domestic violence again in July 2020. He spent 13 days in jail after pleading no contest to two felony counts of injuring a partner. And that’s not all. When they met up for the first time once he got out of prison earlier this year, Brian got into a massive brawl outside an El Lay hotel in March.

They’ve clearly had a difficult history together. And in an interview with People in July, Hayden made it clear that they were not back together — but reconnected at the time as friends:

“None of it is OK, and I want to make sure that everybody knows that. But I am open to people who are willing to get help and make amends. He’s gone to treatment and done his time. And I’m trying to live in a place of forgiveness. I am trying to live in a place of understanding. I think [Brian] has done his time and was willing to get help. I think about the things I have done in my life that people forgave me for. Making amends is a really important thing that you learn in treatment. And it gives you a lot of inner peace.”

For his part, Brian — who was on probation then — also confirmed they were “absolutely not” rekindling their relationship ever again and was “looking forward to new chapters.” So what’s going on here between them now? We would hate to see all the hard work Hayden put in to get her life back in a better place ruined if she ends up in an unhealthy and abusive situation once again.

Reactions, Perezcious readers? Let us know in the comments.