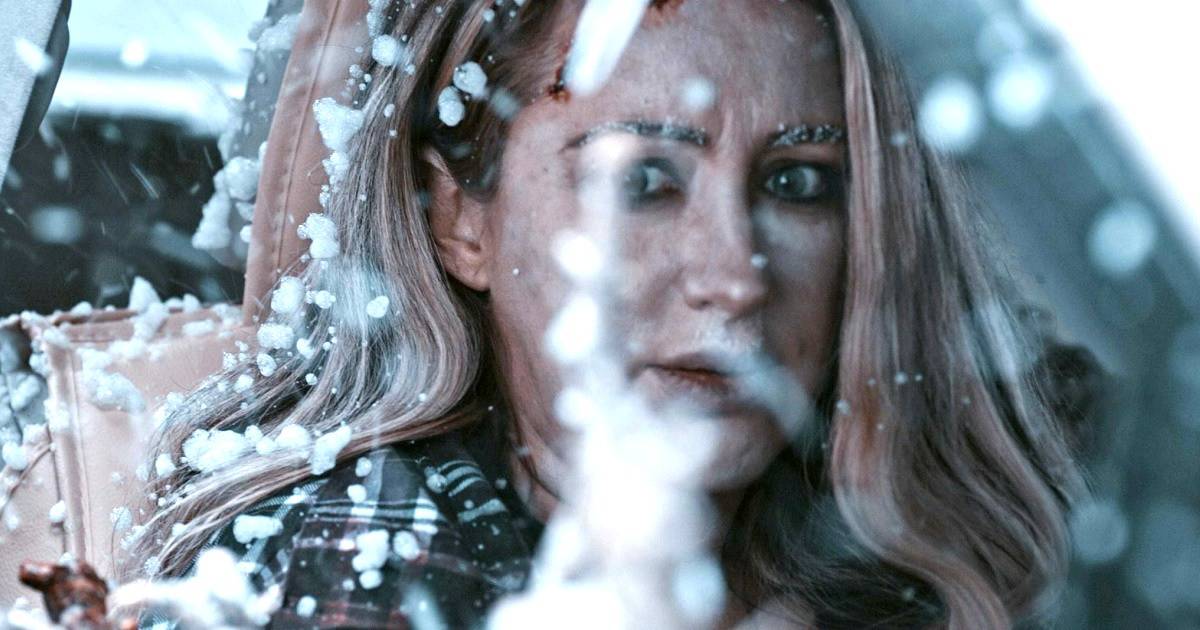 Cleopatra Entertainment has announced that they will be giving Frost, a “chilly thriller” directed Brandon Slagle (Attack of the Unknown), a Digital and Blu-ray release on October 11th – and to help start building the hype, we’re proud to share the EXCLUSIVE first look at the film’s trailer! You can check it out in the embed above.

Scripted by Robert Thompson from a story by James Cullen Bressack, Frost centers on

a young woman and her father who have to fight for survival after being stranded on a remote mountainside during a storm.

The synopsis doesn’t mention (but you can see in the trailer) that the situation is made even scarier and more desperate by the fact that the young woman in the story also happens to be pregnant. The film stars Vernon Wells – who counts The Road Warrior and Commando among his 240+ screen acting credits – and Devanny Pinn, a genre regular who has over 80 screen acting credits of her own.

Cleopatra Records will be releasing a full motion picture soundtrack for Frost to coincide with the film’s release. Coming to both CD and vinyl LP formats, the soundtrack features contributions by Rick Wakeman (Yes), Geoff Downes (Yes / Asia), and Terry Reid, among others. Genre fans probably remember hearing some of Reid’s great songs in The Devil’s Rejects and 3 from Hell.

In addition to Attack of the Unknown, Slagle’s previous directing credits include The Dark Avengers, Subject 87, Wonderland, Area 51 Confidential, The Black Dahlia Haunting, Dead Sea, House of Manson, Escape from Ensenada, Crossbreed, and The Dawn.

Judging by the trailer, Frost looks to me like it’s going to be an intense viewing experience. I look forward to watching the movie in October. Will you be watching it? Let us know what you thought of the Frost trailer by leaving a comment below.