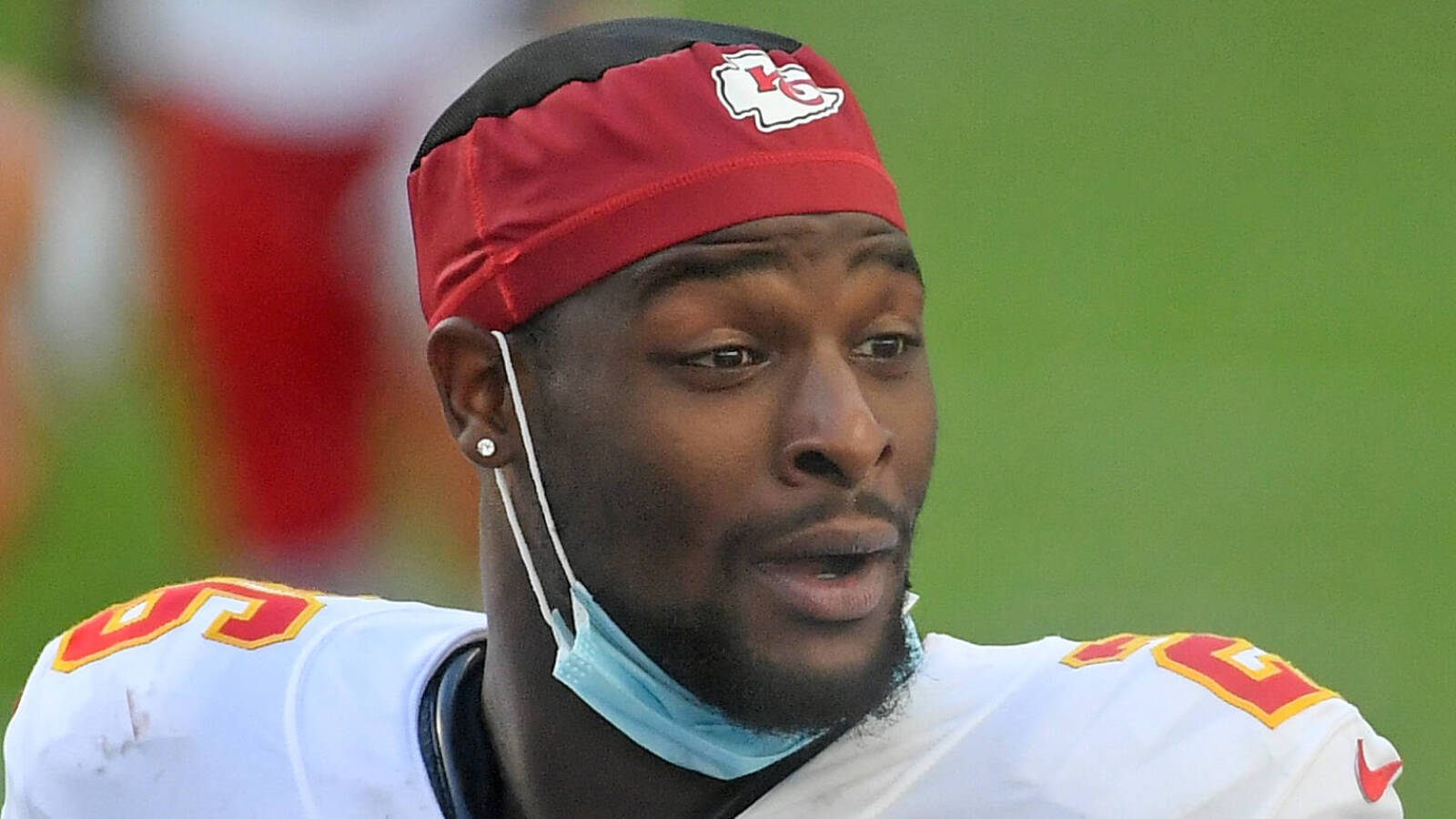 In a boxing match between two former NFL running backs, Le’Veon Bell knocked out Adrian Peterson in the fifth and final round with a devastating overhand right punch.

Peterson wobbled after getting to his feet and appeared out of it. The referee immediately stopped the fight.

The exhibition took part on the Social Gloves 2 card at the Banc in California Stadium.

The bout was mostly uneventful. However, both were in shape and appeared to train seriously for the fight. Yet, some moments made it obvious both Bell and Peterson had never boxed previously.

Here’s another angle of the knockout:

Peterson played 15 seasons in the NFL, compiling 14,918 career rushing yards. He spent the first 10 with the Minnesota Vikings, including the 2012 season when he rushed for 2,097 yards and was named the NFL MVP. He also made the Pro Bowl seven times and was named first-team All-Pro four times.

Peterson played the 2018 and 2019 seasons with Washington. There, he started 31 games and rushed for 1,940 and 12 touchdowns. He also played for the New Orleans Saints, Arizona Cardinals, Detroit Lions, Tennessee Titans and the Seattle Seahawks.

Bell made it to the Pro Bowl three times and twice first-team All-Pro in eight seasons. Cut from the cloth of an all-around running back, Bell picked up 6,554 career rushing yards while hauling in 399 catches and 3,289 receiving yards. He scored a total of 51 touchdowns.

Peterson has maintained his desire to play in the NFL again. Meanwhile, Bell has his sights set on pursuing a professional boxing career.