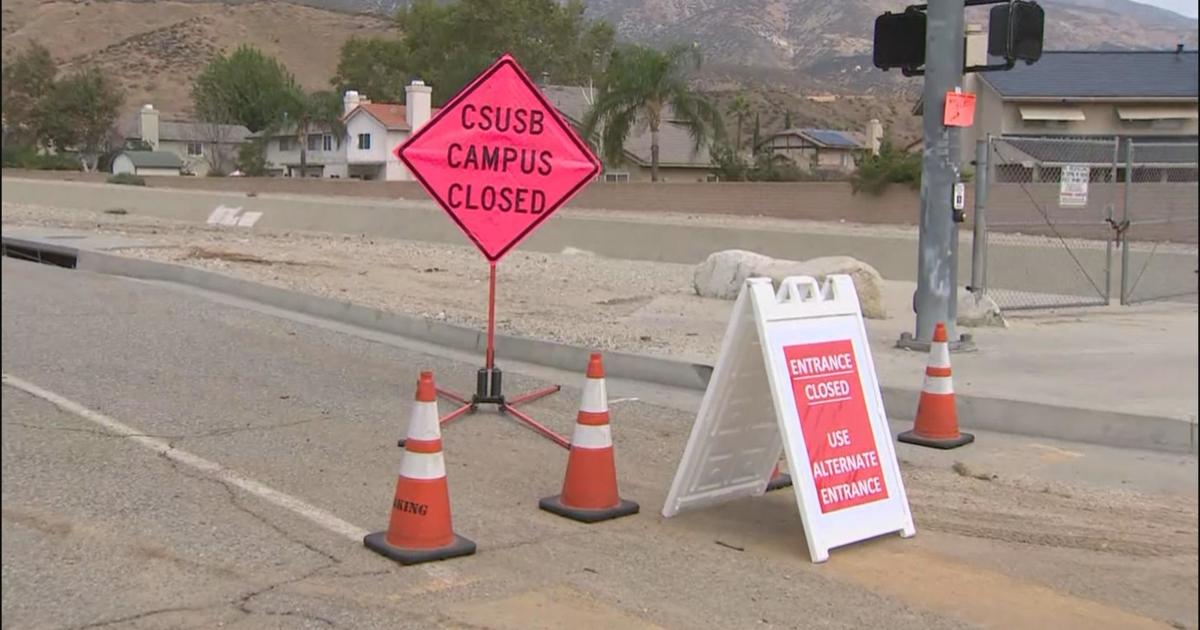 While Tropical Storm Kay may be gone, her impact still lingers. California State University, San Bernardino was shut down today after a flash flood brought in debris and flooded buildings on campus.

“It certainly is unusual for weather in Southern California to close down a university,” said National Weather Service meteorologist Brandt Maxwell.

CSUSB students were told not to return to class on Monday after a flash flood damaged the library and the basketball arena, the latter of which had just installed new floors. University officials closed the San Bernardino and Palm Desert campuses as crews removed debris and water from the buildings.

“I didn’t even know it rained that much up there,” said one student-athlete. “I was kind of surprised.”

Maxwell said there was a chance of thunderstorms in the San Bernardino Mountains near the campus.

“There is a chance of more thunderstorms in the area close to CSUSB,” he said. “And if thunderstorms form there, there will be more heavy rain that could cause flash flooding.”

The extent of the damage is still being determined and university officials hope to reopen the school by tomorrow.