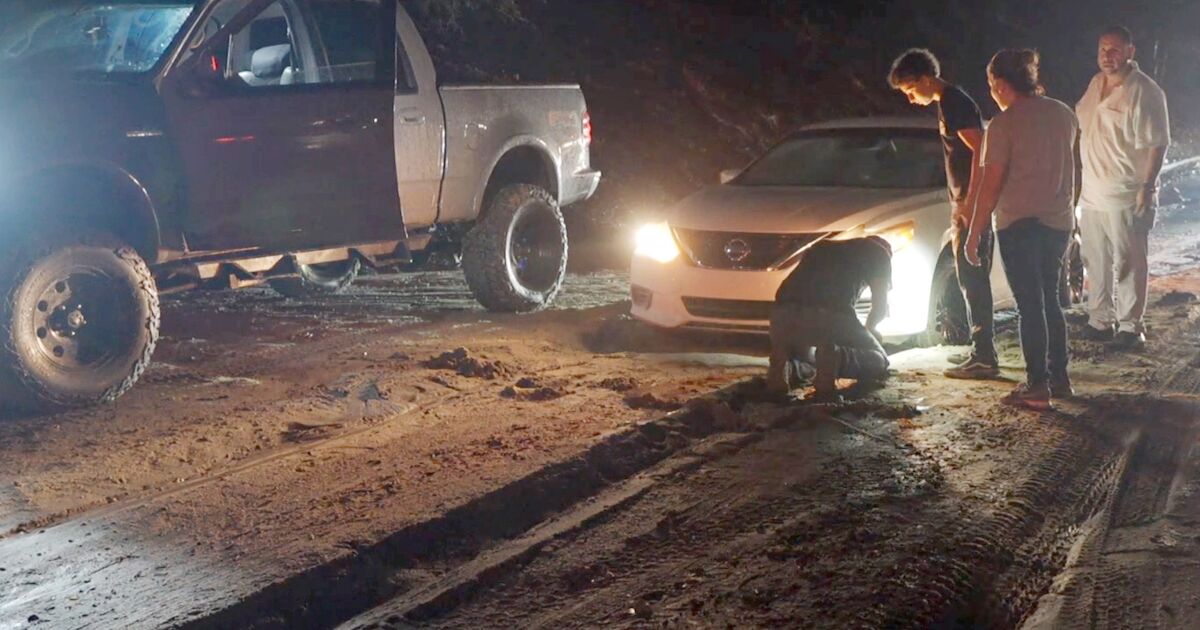 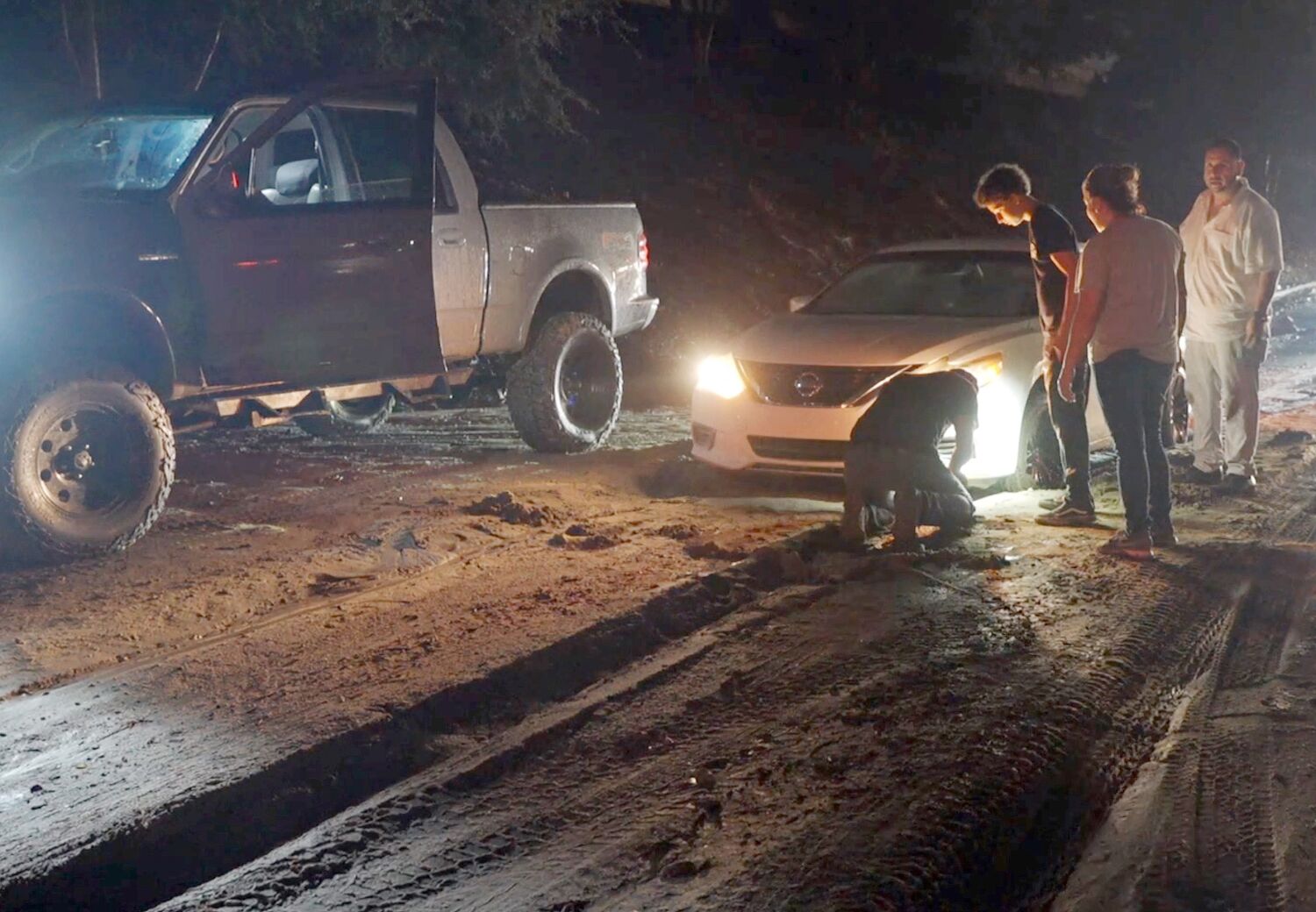 A flash flood watch is in effect for parts of Southern California on Monday, a day after the region was walloped with heavy rainfall from Tropical Storm Kay that led to precipitation records, flood damage and mudslides that trapped dozens of motorists in the Lake Hughes area.

“We have one more day to get through as far as some potential for serious flooding, and then after that we should be home free,” said Dave Bruno, a meteorologist at the National Weather Service in Oxnard.

Thunderstorms and flooding threats were expected Monday in parts of Los Angeles and Ventura counties and the Antelope Valley, with a flash flood watch in effect from 11 a.m. to 10 p.m. Storms could hit areas including the Lockwood Valley area in Ventura County, toward Frazier Park in Kern County; along the 5 Freeway, including Pyramid Lake and Castaic Lake in L.A. County; and the area from Mount Wilson up toward Falling Springs through Big Pine and into the southeastern Antelope Valley. Mudslides are also possible in recent burn areas, Bruno said.

A flash flood watch is also in effect farther south, with thunderstorms and heavy rains expected in the mountains in San Bernardino and Riverside counties and the high desert, including Victorville and Palmdale. No heavy thunderstorms are expected for the coastal side of the mountains, said Miguel Miller, a meteorologist at the National Weather Service in San Diego.

The leftover moisture from Tropical Storm Kay, which churned along the Southern California coast over the weekend, is producing scattered thunderstorms, meteorologists said.

Rain lashed Southern California on Sunday, setting precipitation records and leading to dangerous road conditions and flood damage. Cal State San Bernardino announced that its San Bernardino and Palm Desert campuses will be closed on Monday because of extensive flood damage, but said on its website that facilities department and essential staff members are to report to work. The school is expected to reopen Tuesday.

About 20 cars became trapped in a mudslide in Lake Hughes on Sunday night, with Los Angeles County firefighters and California Highway Patrol officers working to rescue motorists, including by helicopter.

Sandberg saw .32 inches of rain on Sunday, squeaking past the 1976 record for the date of .31 inches. Palmdale doubled its record of rainfall from .23 inches in 1976 to .46 inches on Sunday. Both places are likely to get heavy rain again on Monday, Bruno said. Sandberg could break its 1959 record of .66 inches, and Palmdale could break its 1963 record of .18 inches.

The rest of the week’s weather appears benign and boring, meteorologists said. “We can maybe relax a little bit and get back to our complacent SoCal ways,” Miller said.