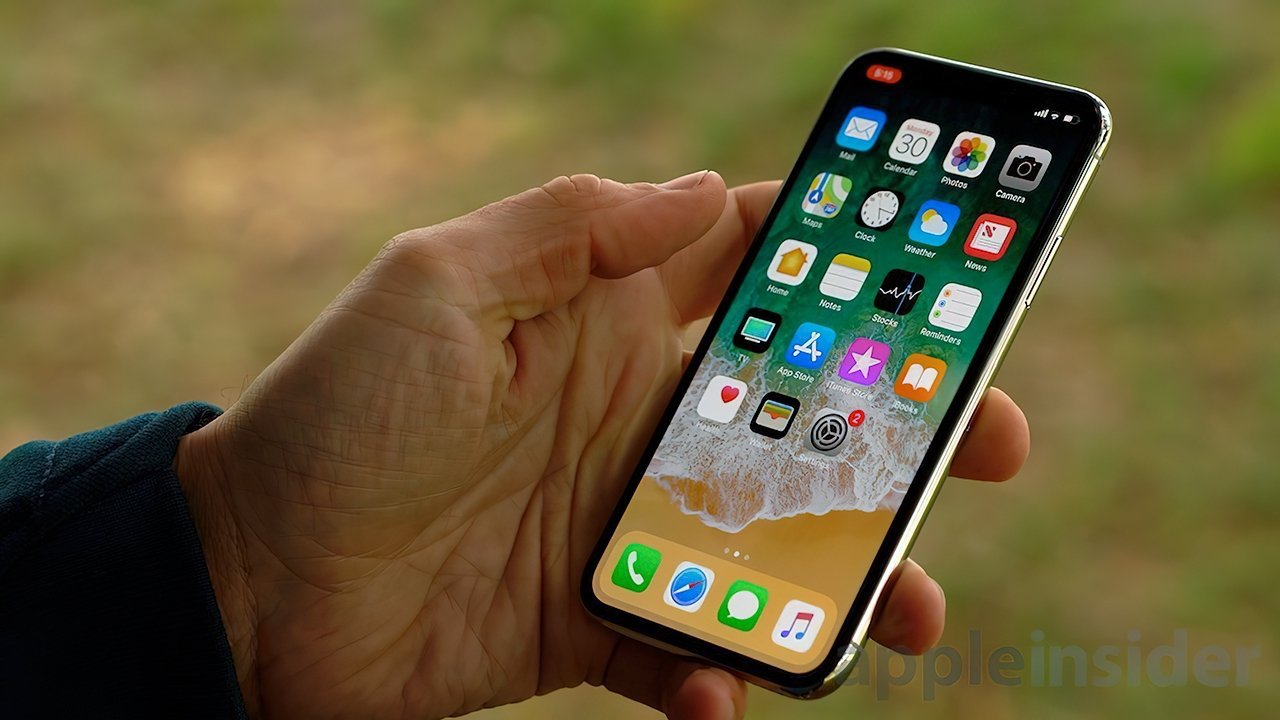 In September 2017, Tim Cook said the iPhone X would “set the path for technology for the next decade.” Halfway through that decade, it looks like Cook was right.

When Tim Cook introduced the iPhone X on September 12, 2017, he did so under the famous “One more thing…” banner.

“We have great respect for these words,” he said, “and we don’t use them lightly.”

This new iPhone was unveiled specifically to mark and to celebrate the tenth anniversary of the original iPhone. So the launch made sense in that way, but it was also odd in another.

It was the last thing announced at the 2017 iPhone event, which means it followed a long segment introducing the iPhone 8. That was the big release, that was what Apple initially appeared to be devoting the presentation to, but then it pulled the rug out from its own new creation.

No one who saw the iPhone X unveiling shrugged and decided they would prefer the iPhone 8.

But, this was Apple’s first iPhone that retailed for a thousand dollars. If any part of that pricing decision was a marketing test to see how much we could be persuaded to pay out, it was unfortunately a giant success.

What you got for your money

If nothing else, Cook was right about the iPhone X setting the path for the future, because now, five years on, it is the norm. These days, if you pick up an old iPhone you have to adapt, and you may even have to be shown how to use it.

Whereas in September 2017, Apple’s launch of the iPhone X was all about teaching us how to use the then-new paradigm. There was no more Home button, so Phil Schiller even asked aloud: “How do you wake up your iPhone X?”

With the Home button removed, Apple could make what it called an all-screen display. It isn’t all screen, there was the notch, another new feature that has become so very familiar.

The notch gave us Face ID, which Schiller painstakingly explained. He also gushed about the glass front and back, plus the stainless steel surround.

Then he spent some time detailing the OLED screen that was new with the iPhone X. Previous iPhones used an LCD panel, but now we had what Apple called a Super Retina HD Display, with a 2436 x 1125 resolution, giving it a pixel density of 458 PPI.

“Now all this innovative super Retina display technology is great,” said Schiller, “but it’s the point of it that matters.”

“And the point of it is to enable an entirely new experience that’s more fluid more intuitive,” he continued. 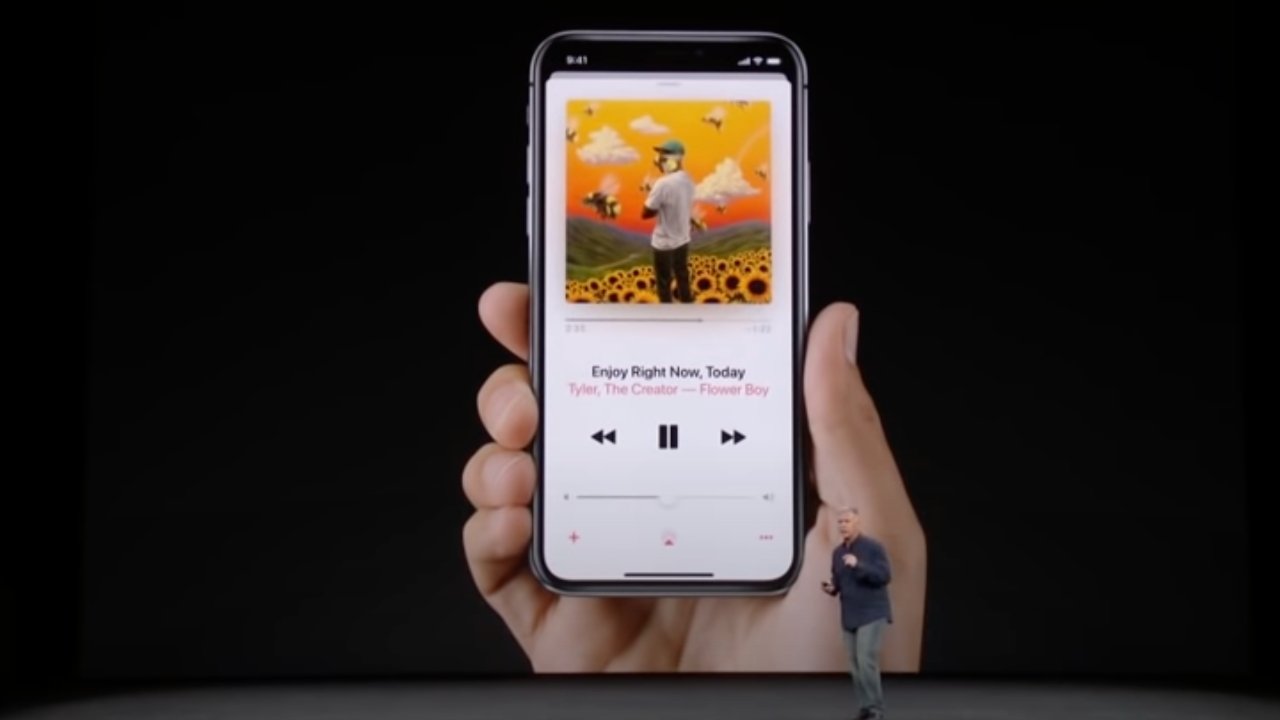 He described the now-familiar way we glance at our iPhones and then swipe up.

“This is an important part and a big step forward in the iPhone user experience,” he said. “Something we use hundreds of times a day for so many tasks is an opportunity to rethink how iPhone should work and how we can make it better.”

“So now we want to go to the homescreen, simply swipe up from the bottom,” continued Schiller. “You go home. It’s that simple. It’s that easy. It’s incredibly smooth.”

“And once you do it for the first time, you know there’s never been a better way,” he said. “There has never been anything like it.”

The iPhone X display was larger than before, it was brighter, and it had better color accuracy. It was no more possible to resist in 2017 than it is today to imagine having anything less.

Perhaps Tim Cook exaggerated when he also said it was “it is the biggest leap forward since the original iPhone.” But just as you can see how all smartphones changed once that original iPhone was launched, from today’s perspective, we can see the iPhone X caused a sea change too. 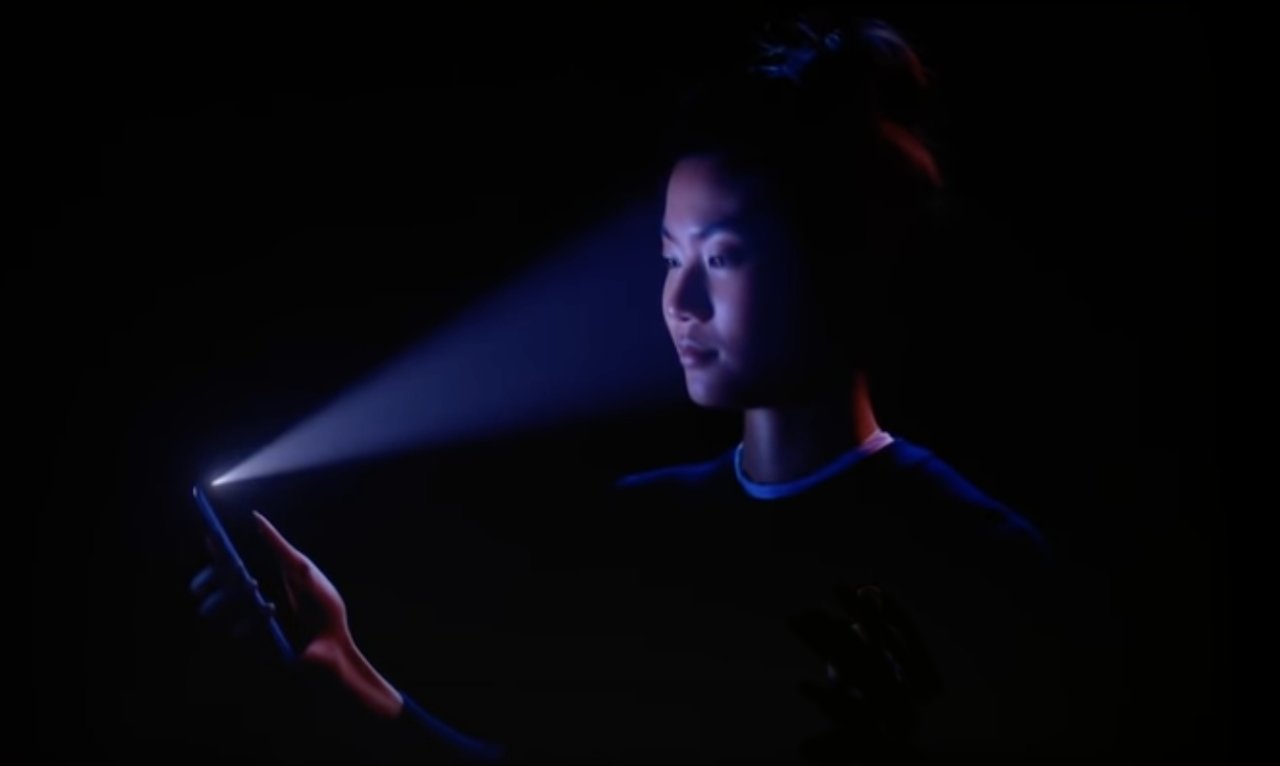 The first the world saw of Face ID

How it was received

“The iPhone X is cool,” said the first review in the New York Times. “That doesn’t mean you are ready for one.”

AppleInsider got a bit more detailed and described just where the iPhone X and the iPhone 8 actually overlap in terms of performance and features. But even so, it said “owning Apple’s top-of-the-line $1,000 iPhone X is a fashion statement.”

“Apple finally knocks it out of the park,” said The Guardian review at the time.

“The iPhone X is Apple’s most important – and most expensive – new smartphone in four years,” continued the newspaper, “bringing with it a significant change to the design, dumping the home button to usher in a full-screen experience.”

“iPhone X is a gorgeous gadget, worth appreciating on aesthetic value alone,” said Wired — in a review that repeatedly praised the phone, but said Cook was wrong.

“The iPhone X is not the phone of the future,” it said. “It could be, someday, if Apple’s right about augmented reality and the power of a great camera.”

But it was “Apple’s most ambitious attempt ever at making a phone absolutely seamless,” continued the review.

The new notch contained so much, but also look at the curves of the screen as the display goes right into the corners

“When I first got the iPhone X, Face ID felt like an annoying extra step,” it said, talking about turning on the iPhone, waiting for “the lock icon to swing to the unlocked position,” and then swiping up to actually go do anything.

“But that’s me trying to re-learn a bad habit,” continued the reviewer. “If, instead, I pick up the phone and the screen automatically turns on as I lift it, all I have to do is swipe up from the bottom of the screen.”

And Engadget perhaps summed the iPhone X up the best. Its review was headlined: “Embrace the new normal.”

The impact of the iPhone X

In the short term, the iPhone X had its problems — and so did Face ID. There were sufficient faults that Apple Stores would regularly replace a customer’s entire iPhone X.

There were also activation issues with AT&T — but when aren’t carriers a problem? And despite Schiller’s shilling of the Apple Pay contactless payment system, that had some issues in Japan.

And the much-hyped OLED screen also had problems. Some users reported green lines down the left or right side of the screen. 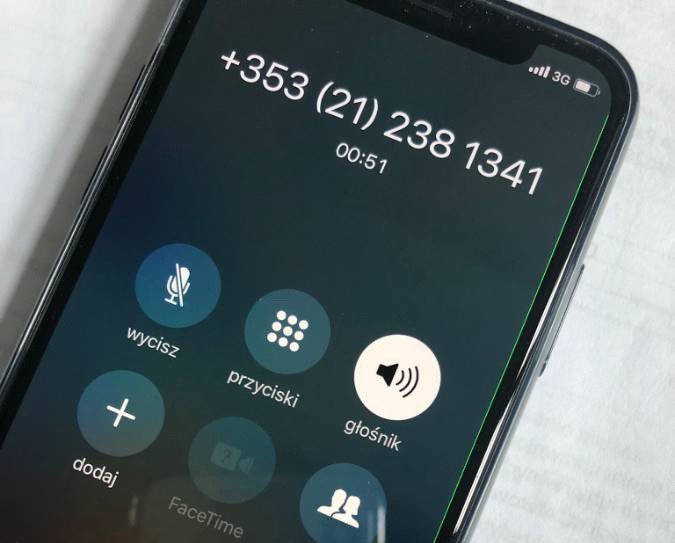 Notice the green line down the right hand side

That was all disappointing in a phone that was meant to “set the path for technology,” but then it was a huge update. And when you make millions of them, things will go wrong somewhere.

Ultimately, all of the issues with individual iPhone X units were fixed, and give years on from then, we can see the longer term view.

In that longer term, the iPhone X did transform all phones — or almost all phones. There is still the iPhone SE which, for now, is hanging on to its Home button.

But it must be the last smartphone to have that, or anything like it. Everything else – everything else – is an “all-display” phone with some kind of notch or hole punch for a face-scanning lens system.

We’ve had notches and holes and cutouts in every possible combination, but it was Apple’s iPhone X that made them mainstream.

And it was the iPhone X that made the $1,000 smartphone certainly commonplace, and practically normal.

When it came out for a grand, the iPhone X was released alongside the iPhone 8, which started at $699. Five years on, the equivalent in the range, the base iPhone 14, starts at $799.

So it’s not that every phone has risen as far, but Apple’s Pro models will never go back down below the thousand. And it’s typically the Pro models that are the most popular — because they are the most capable.

Perhaps, then, the iPhone X also set a path for just how much a phone can do.