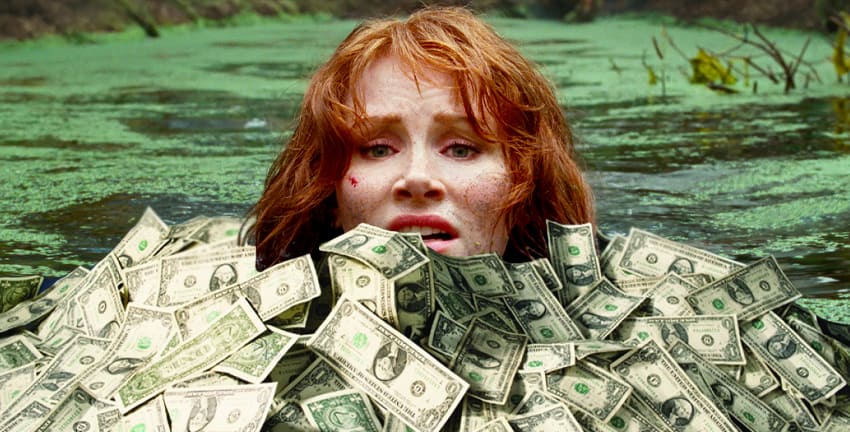 It may have taken a little longer than the previous installments, but Jurassic World: Dominion has now grossed $1 billion at the worldwide box office. The sequel is now just the third movie to reach the $1 billion mark during the pandemic era, after Spider-Man: No Way Home and Top Gun: Maverick.

This recent milestone also means that the entire Jurassic World trilogy is sitting pretty in the billion-dollar club. Jurassic World grossed $1.6 billion worldwide, with Jurassic World: Fallen Kingdom taking in $1.3 billion worldwide. The new sequel united two generations of the Jurassic era for the first time. Chris Pratt and Bryce Dallas Howard returned as Owen Grady and Claire Dearing, but they were also joined by Sam Neill as Dr. Alan Grant, Laura Dern as Dr. Ellie Sattler, and Jeff Goldblum as Dr. Ian Malcolm. Taking place four years after the destruction of Isla Nublar, dinosaurs are now living and hunting alongside humans all over the world. This fragile balance will reshape the future and determine, once and for all, whether human beings are to remain the apex predators on a planet they now share with history’s most fearsome creatures.

While Jurassic World: Dominion may have wrapped up the latest trilogy, producer Frank Marshall has previously confirmed that the franchise will continue, something all but guaranteed based on its box office performance. “Jurassic World: Dominion is going to wrap up this trilogy, but we’re not resting on our laurels,” Marshall said. “We’re going to sit down, and we’re going to see what the future is. We have that wonderful series, Camp Cretaceous, on Netflix. We obviously want to make quality, good movies with great storytelling, great writers and directors, but we’re definitely looking to do more in the Jurassic world.” Jurassic World: Dominion was released on DVD, Blu-ray, and 4K Ultra HD last month.