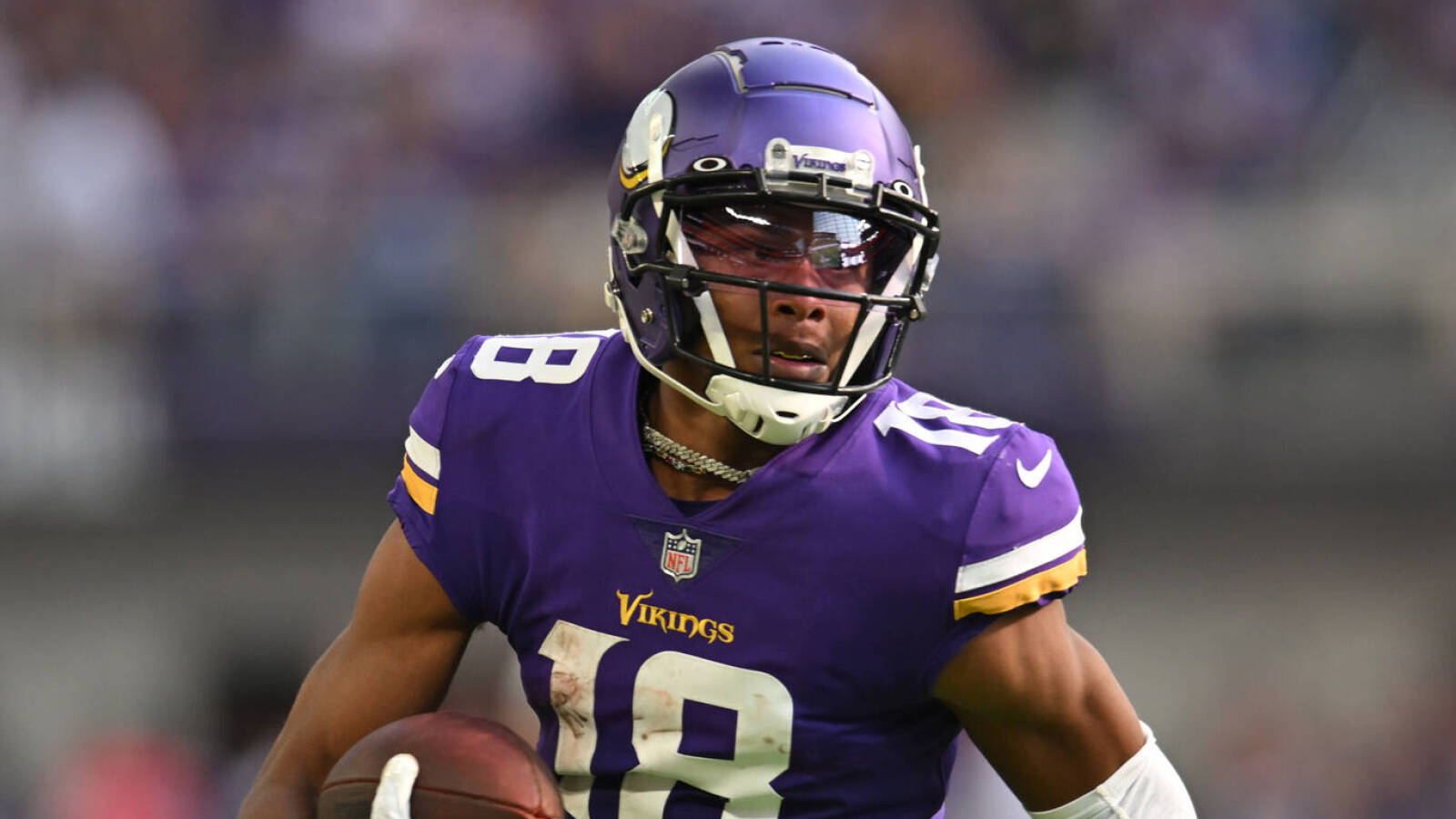 Minnesota Vikings WR Justin Jefferson might have been the most dominant player at any position on Sunday, torching the Packers for 184 yards and two touchdowns on nine catches.

Jefferson posted 158 yards in the first half, and his numbers may have ballooned even higher if not for the Vikings’ switch to a more run-based offense in the second half to preserve the lead.

The third-year receiver entered the season as one of the favorites for Offensive Player of the Year, an award that has been won by a wide receiver in two of the last three seasons. Michael Thomas set a record with 149 receptions when he won the award in 2019, and Cooper Kupp came within 17 receiving yards of Calvin Johnson’s season record when he won in 2021.

If this pace keeps up, Jefferson might compete for both records this season. After Sunday’s outburst, Jefferson needs to average 113.5 yards per game the rest of the way to reach the 2,000-yard receiving mark.

That’s easier said than done, but it’s not out of the question. Jefferson has two games against the Lions later this year after dominating Detroit with 306 total yards last season. Minnesota also faces a number of teams that allowed big performances by opposing receivers this week, including the Patriots, Bills, Commanders and Cardinals.

Week 1 proved Kevin O’Connell will run his offense through the Cousins-to-Jefferson connection – at least until Minnesota has a significant lead. No other Vikings receiver had more than three receptions in the win, and no one toyed with the Packers’ tough defense like Jefferson did.

If O’Connell and Cousins continue to feed him the ball, this season might end with Jefferson reaching heights no other receiver has reached.