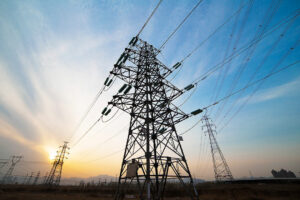 THE Department of Energy (DoE) said it will investigate the forced outages at seven power plants which caused the Luzon grid to declare a red alert on Monday.

“We assure the public that the DoE is verifying the cause of the forced outages this morning as there appear to be no fuel supply constraints. A team from the DoE will conduct actual physical spot checks and validate the condition of the transmission lines and the affected power plants,” Energy Secretary Raphael P.M. Lotilla said in a statement issued via Viber.

The National Grid Corp. of the Philippines (NGCP) declared red and yellow alerts over the Luzon grid on Monday after seven power plants experienced forced outages as three plants operated below capacity, taking a combined 3,627 MW off the grid.

The grid operator said that the capacity available on Monday was 10,727 megawatts (MW), while peak demand was estimated at 10,585 MW.

The NGCP placed the Luzon grid on red alert between 1 and 4 p.m. on Monday. The yellow alert was declared twice for between 9 a.m. and 1 p.m., and again between 5 and 8 p.m.

“We are ready in the event the implementation of manual load dropping (MLD) or rotating power interruptions will be needed as part of our responsibility to manage the system,” Meralco said.

The ILP counts among its participants large power users that have their own capacity to generate power. These entities stop drawing power from the grid for a time, while relying on their own power plants for their needs, reducing the load on the grid.

The NGCP said the resort to MLD may be canceled if demand turns out to be lower than projected. — Ashley Erika O. Jose