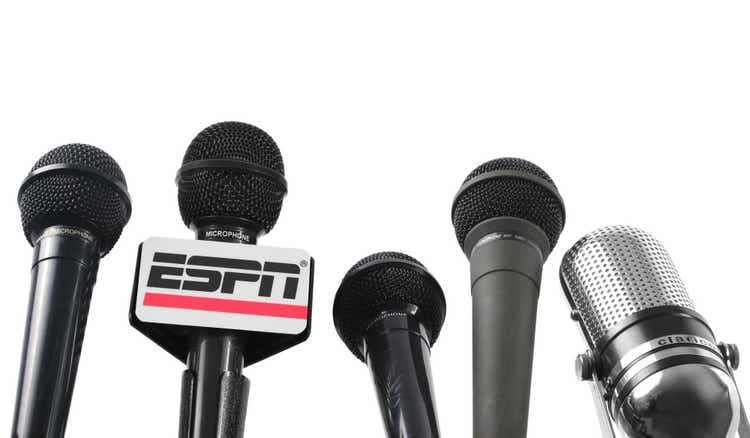 Chapek he has been “deluged” with interest from companies interesting in buying ESPN this year on speculation the company may be considering selling the sports network, the Disney CEO told the Financial Times in an interview. Chapek said the interest showed showed him about the potential for the network.

He told the paper that he has a plan restore ESPN to its “growth trajectory.” He also told the FT that he has “regular conversations” with Third Point head Dan Loeb that he described as “very collaborative, non-antagonistic and collegial.”

Chapek’s comments come after Third Point last month reported a new stake in Disney (DIS) and suggested that ESPN be spun off from the overall company. Loeb also wants Disney to buy Comcast (NASDAQ:CMCSA) out of its remaining minority stake in Hulu.

Chapek told the FT that he would “love” to settle the Hulu issue soon, but Comcast (CMCSA) appears to be reluctant.

Loeb and Third Point also suggested a cost-cutting program that would include disposal of underperforming assets, as well as suspending the cash dividend and using free cash flow for debt repayment, stock repurchases or organic investments. Disney responded to Loeb’s suggestions at the time.

Third Point in its Q2 letter to investors last month said that Disney (DIS) was the largest recent addition to its portfolio.

Also see, Hulu still looks likely to end up at Disney, despite some who still see NBCU fit.

Also see SA contributor The Entertainment Oracle’s piece from last month entitled “Why Disney Should Be Left To Its Own Devices.”