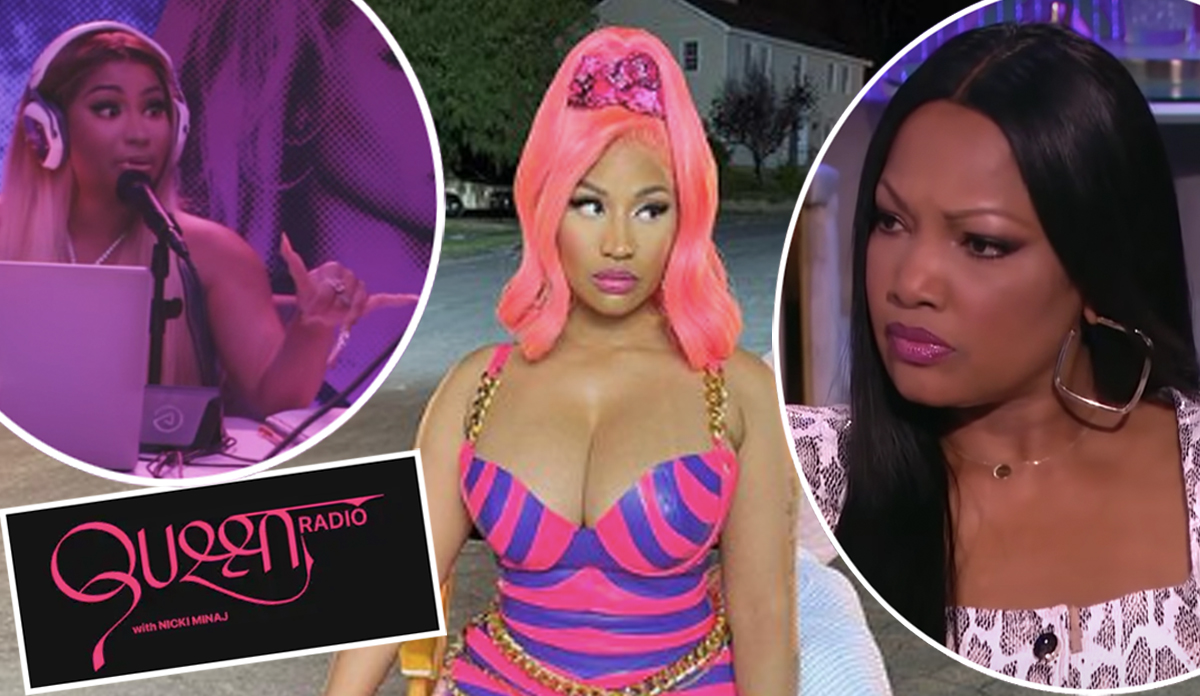 Buckle up because Nicki Minaj is COMING for Garcelle Beauvais in her latest installment of Queen Radio.

If you aren’t aware, the rapper’s husband Kenneth Petty, was accused of allegedly raping Jennifer Hough in 1995, which he has continued to deny despite ultimately serving about four and a half years in the slammer for. In the years since, there’s been lots of legal drama with the 44-year-old convict, including Jennifer’s 2021 lawsuit against him and wife Nicki after they allegedly bribed her to change her story — something the performer later FIRED back at.

The Real Housewives of Beverly Hills star Garcelle then interviewed Jennifer on The Real Daytime in September of last year, alongside co-host Adrienne Bailon, where the alleged victim spoke out about her reason behind filing the lawsuit. As you can imagine, Nicki did NOT seem to have appreciated that…

Well it seems Nicki has taken her opportunity to pounce, going OFF on Garcelle during a Monday rant on Queen Radio, and took no prisoners. The Super Freaky Girl herself spouted:

“This lady is on one of the Real Housewives [shows] talking about, ‘Leave my son alone. Don’t leave comments under my son’s page.’ Bitch, if you can’t stand the motherf**king heat, get out the kitchen, bitch.”

This is likely in reference to the aforementioned interview Garcelle conducted with Jennifer, which painted Nicki and Kenneth in a negative light, which can only affect their son, affectionately known as “Papa Bear.” Guess the Good Form artist had NO sympathy now that Garcelle’s family is the target of hate…

She then struck the finishing blow, stating:

“I see why that white man left you, bitch.”

WHOA! Told you she went OFF! This comment specifically refers to the Coming to America actress’ 2010 divorce with Michael Nilon, with whom she shares sons Jax and Jaid Nilon.

What a crazy series of events! But what are YOUR thoughts on Nicki’s tangent? Do you think she went too far or just got even? Either way, let us know in the comments down below!