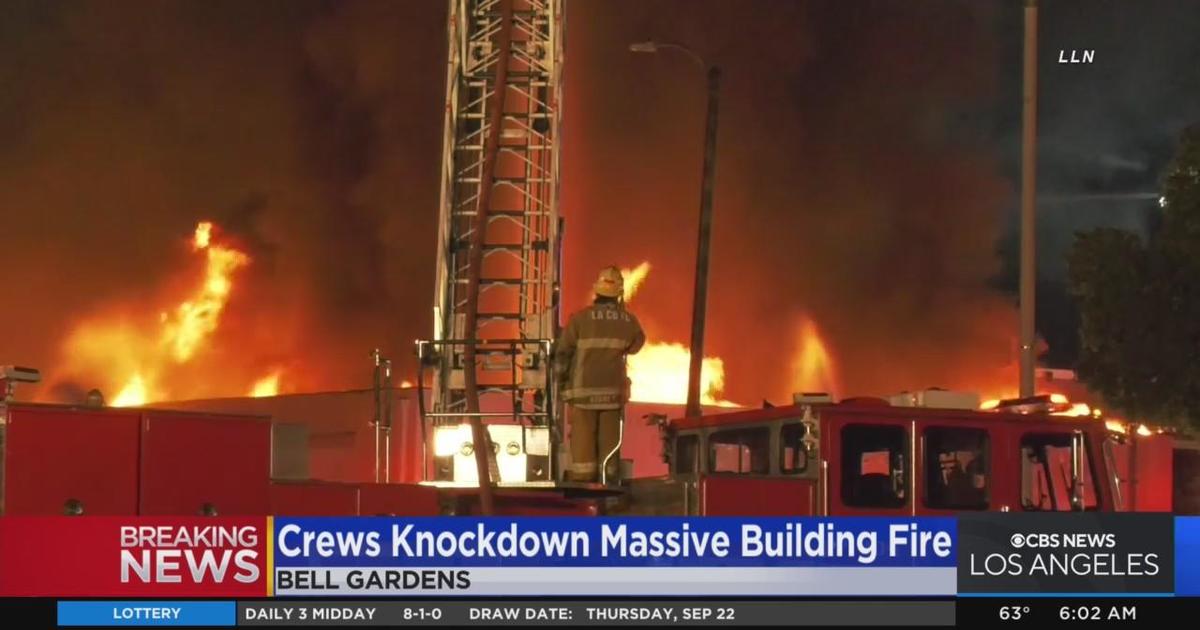 The fire was reported at 4:10 a.m. and fire crews responded to 6709 Florence Ave. near Scout Avenue where they found a commercial building with flames coming through the roof, which collapsed during the fire, according to reports from the scene.

Firefighters from the Los Angeles County Fire Department stayed on the scene after the knockdown to extinguish any potential hotspots.

The cause of the fire is still under investigation. No injuries have been reported.