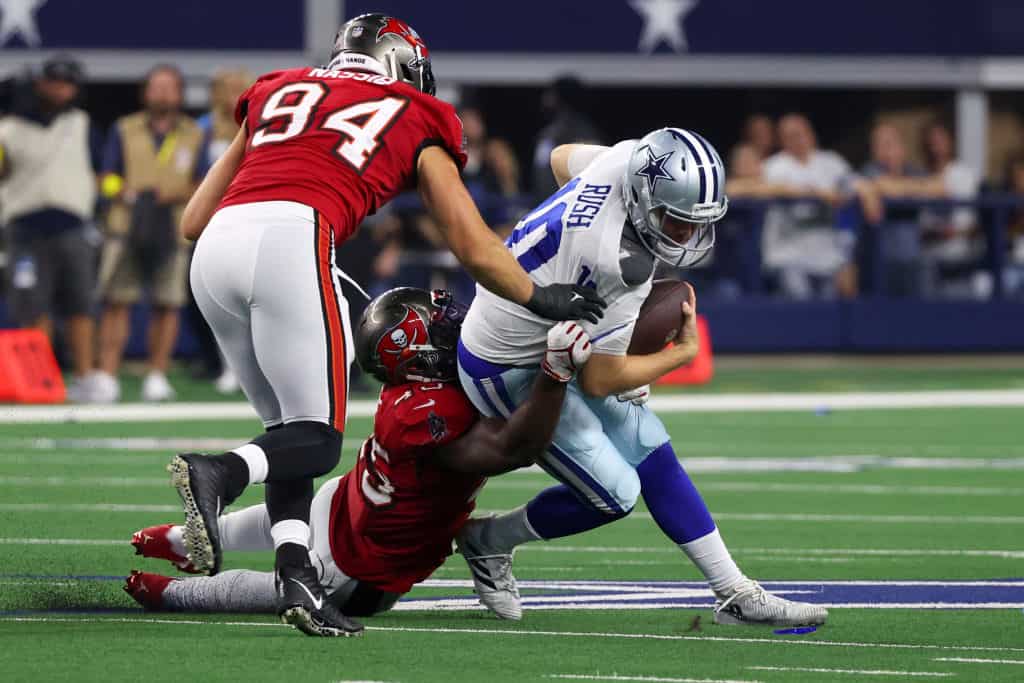 The Dallas Cowboys had an unfortunate start to their 2022 NFL season.

They lost to the Tampa Bay Buccaneers at home, scoring only one field goal.

That victory also gave quarterback Tom Brady his seventh career victory in as many games against the Cowboys.

Worst yet, the Cowboys lost their starting play-caller, Dak Prescott, to injury after making contact with Buccaneers linebacker Shaq Barrett.

Given that Prescott will be out for a while, the Cowboys have no other option but to start Cooper Rush.

Rush did play against the Buccaneers in Week 1, finishing with seven completions for 64 yards.

Cowboys owner and general manager Jerry Jones stated the obvious of rallying behind the five-year veteran.

Jerry Jones: “We’ll have to have Cooper (Rush) step up. He’ll get all the reps and we’ll go from there.”

The Athletic’s Jon Machota tweeted, “Jerry Jones: ‘We’ll have to have Cooper (Rush) step up. He’ll get all the reps, and we’ll go from there.’”

Rush Steps Into A Bigger Role For Dallas

Rush is in his second stint with the Cowboys after joining the New York Giants practice squad in 2020.

Dallas signed him to their practice squad that year after Prescott went down with a season-ending ankle injury.

However, experience isn’t on his side because he has only started one game out of ten played.

Rush played half of those games last season, tallying 30 completions for 422 yards and three touchdowns.

Before those completions, his last successful pass came in 2017 when he threw a two-yarder.

The former Central Michigan standout went undrafted in 2017 despite being a Third-Team All-MAC member the year before.

The Cowboys hope that Rush will step up starting in Week 2 against the Cincinnati Bengals.