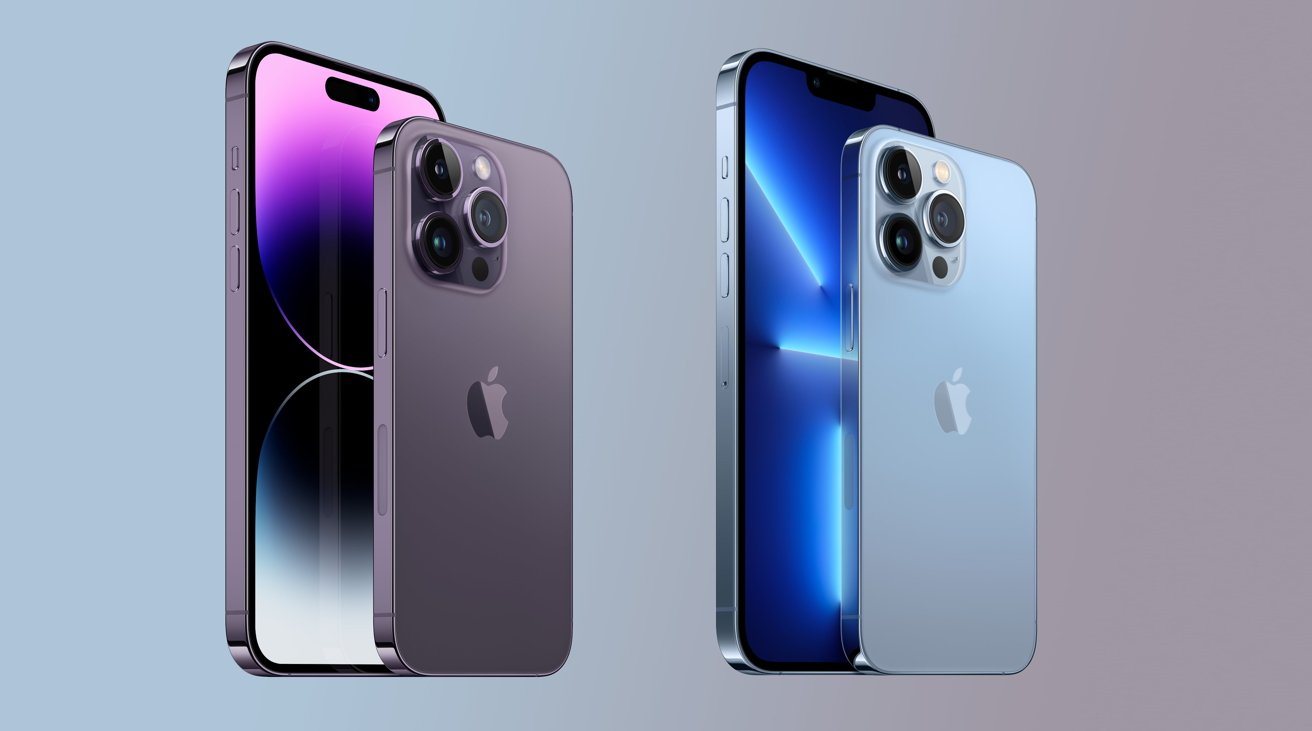 The Cupertino tech giant unveiled the new models at its “Far Out” event on September 7, 2022. Both devices continue Apple’s trend of releasing four models, but they signal a new strategy because they pack some significant features that the lower tier doesn’t have.

Apple’s iPhone 14 Pro and iPhone 14 Pro Max share the same general dimensions as their predecessors but with minor tweaks that most people won’t notice.

As far as weight differences, the new devices are slightly heavier than the previous generation. The iPhone 14 Pro weighs 7.27 ounces, while the iPhone 14 Pro Max is heavier at 8.47 ounces. 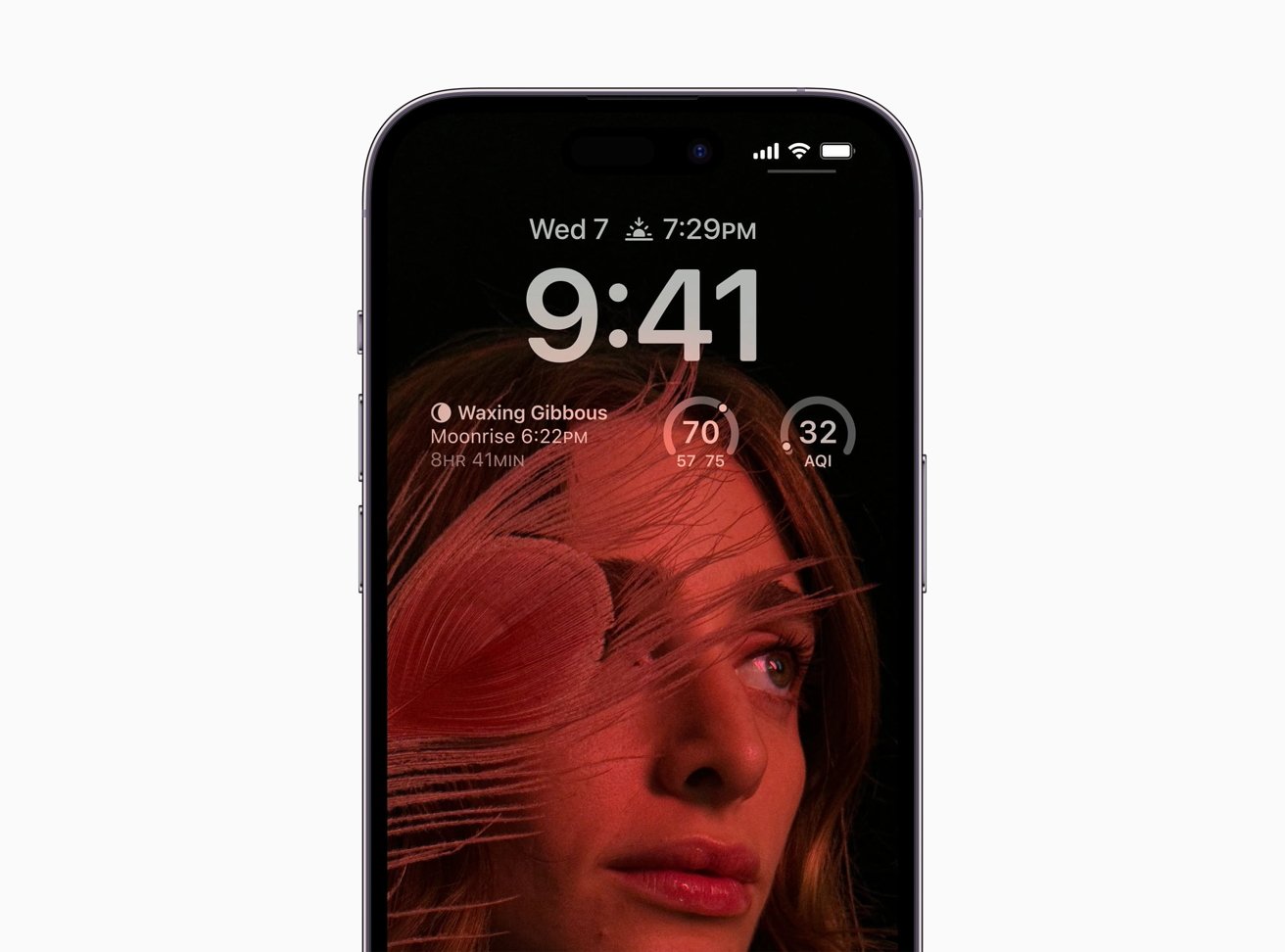 Apple’s use of an always-on display will keep the time and widgets on-screen permanently.

When it comes to the iPhone 14 Pro and iPhone 14 Pro Max, not a lot has changed on the display front. Both devices still sport a Super Retina XDR display that’s OLED-based. They also retain the 6.1-inch and 6.7-inch display sizes, respectively.

Despite the resolution changes, the pixel densities are comparable, at 460ppi and 458ppi, respectively.

The most significant differences come down to the shape of the sensor and speakerphone cutout, as well as display capabilities.

The iPhone 14 Pro and iPhone 14 Pro Max have moved to a new cutout type that incorporates both a pill-shaped cutout and a hole-punch cutout, which theoretically offers more screen real estate. More cleverly, Apple’s using a new Dynamic Island user interface that hides the cutouts with a notification-like feature.

Additionally, Apple has taken a cue from the Apple Watch with the new models and has added an always-on display capability on the new iPhone 14 Pros. Both models can drop their frame rates down to 1Hz, allowing users to see quick data at a glance without waking up their phones.

The devices are capable of taking professional-level images, as well as videos. Both devices have 4K video support at up to 60 fps, and features like ProRes video codec support and an updated Cinematic mode on the 14-generation that works at 4K at up to 30fps. There’s a new filming mode available on the 2022 models, with Action Mode using enhanced processing to give gimbal-like image stabilization. 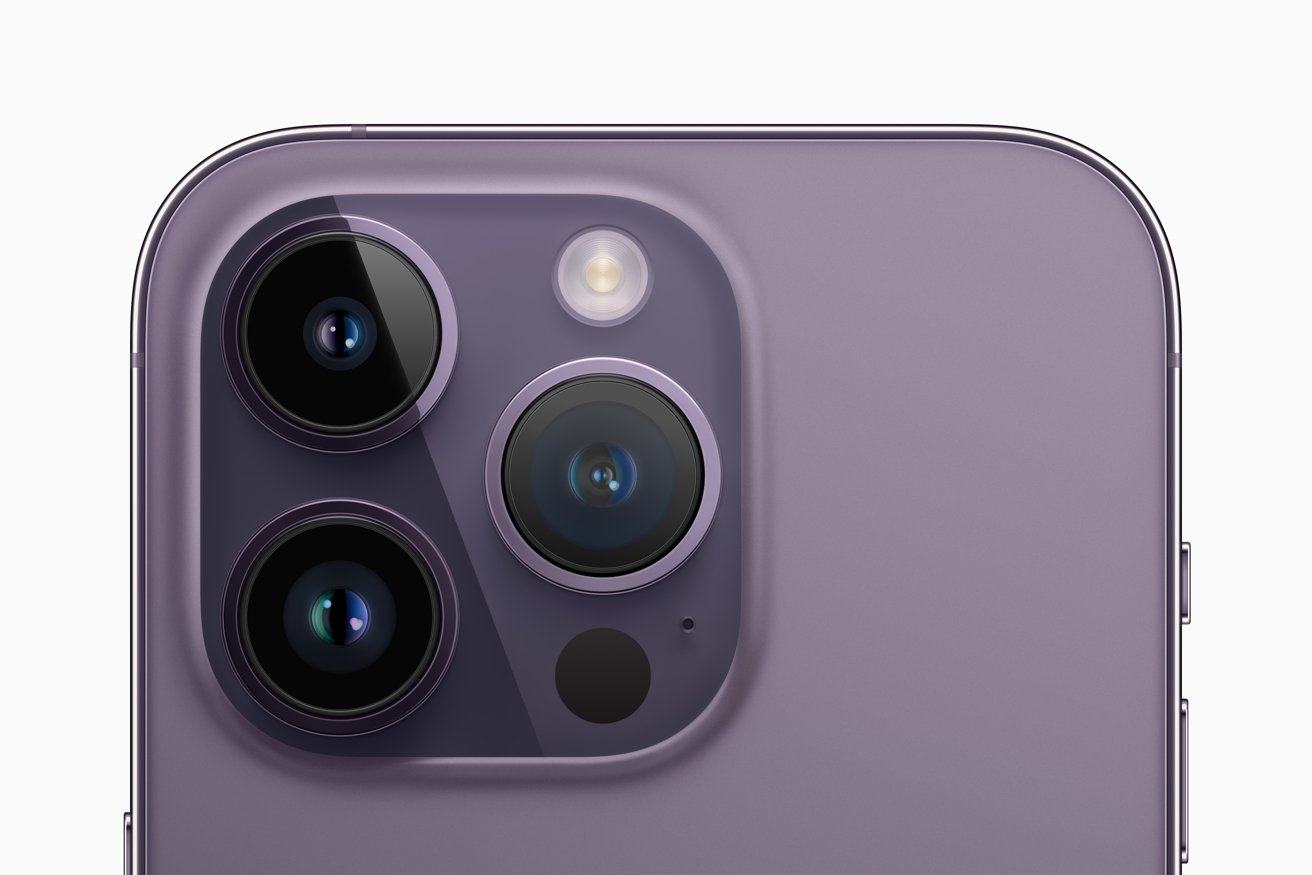 Apple’s put a 48MP sensor in the Wide camera, up from the usual 12MP.

The biggest difference between the new iPhone 14 Pro and iPhone 14 Pro Max is the addition of a 48-megapixel “Quad-pixel” sensor for the Wide lens that’s also 65% larger than the Wide on the iPhone 13 Pro. That’s a stark departure from the 12MP sensors Apple has used on previous flagships.

Through the new 48MP sensor, Apple uses a technique called “pixel binning” that allows groups of four pixels to combine their image data into a single “pixel.” This significantly boosts the low-light performance and color accuracy but also leaves open the possibility of capturing a 48-megapixel image.

A new Adaptive True Tone flash also adds adjustability to the flash. By using nine LEDs, the flash can adjust the pattern of light it produces so that the emitted light changes depending on the focal length of the photo itself.

On the front, the iPhone 14 Pro and iPhone 14 Pro Max have the same 12MP camera, though the company has made the aperture a bit wider and added better autofocus for FaceTime and video calls.

Each year, Apple improves the processing capabilities of its flagship iPhones with a new chip, and 2021 is no exception.

The two iPhone 13 Pro models sport an A15 Bionic, which uses a six-core CPU, a 5-core GPU, and a 16-core Neural Engine capable of 15.8 trillion operations per second. It also packs additional features like an Image Signal Processor for better imaging. 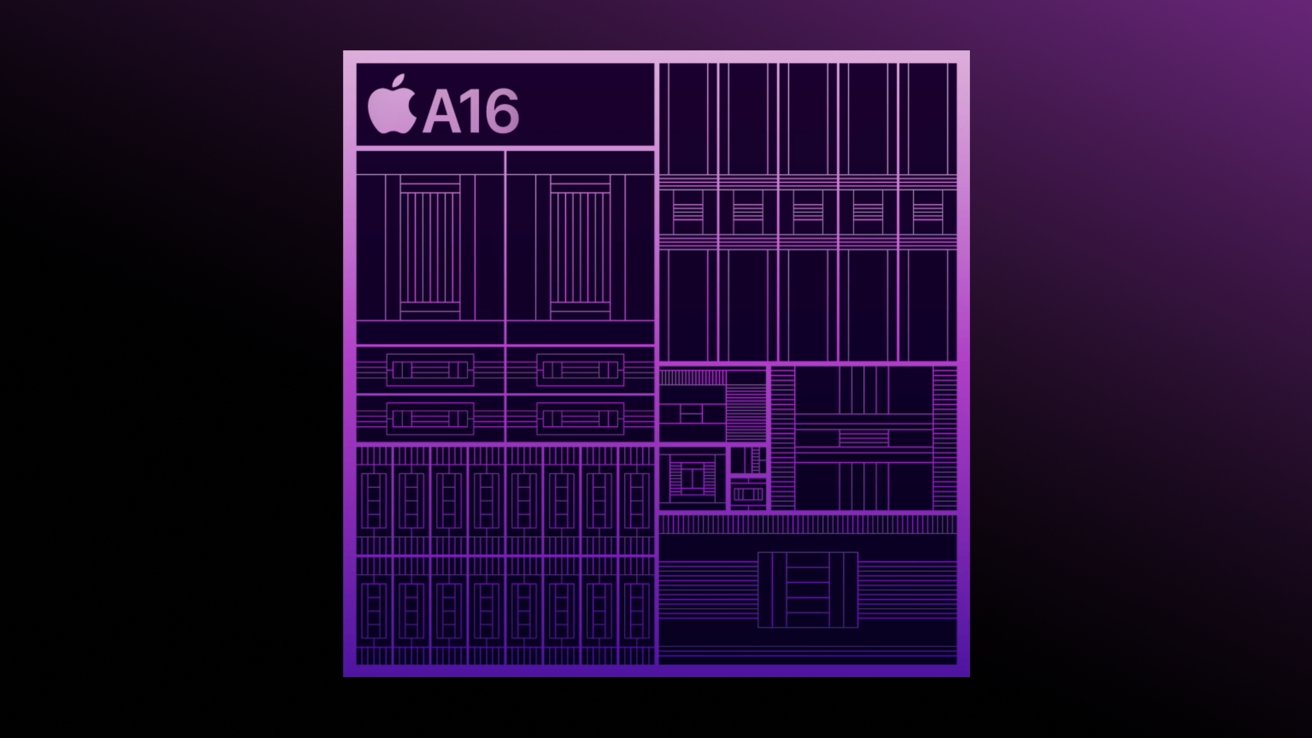 The A16 Bionic in the iPhone 14 Pro is naturally faster than the A15 Bionic.

While the A15 Bionic was the fastest smartphone chip on the market when it debuted, Apple says that the A16 Bionic is faster still. Apple says it’s “up to 40 percent faster than the competition,” though it remains to be seen how that is compared to the A15.

The 5-core GPU has been upgraded with 50% more memory bandwidth, while the 16-core Neural Engine has been updated to perform nearly 17 trillion operations per second.

However, the iPhone 14 Pro and iPhone 14 Pro Max usher in a new wave of satellite-based communications. Both models support Emergency SOS via Satellite, which means you’ll be able to make emergency messages without nearby cellular service. 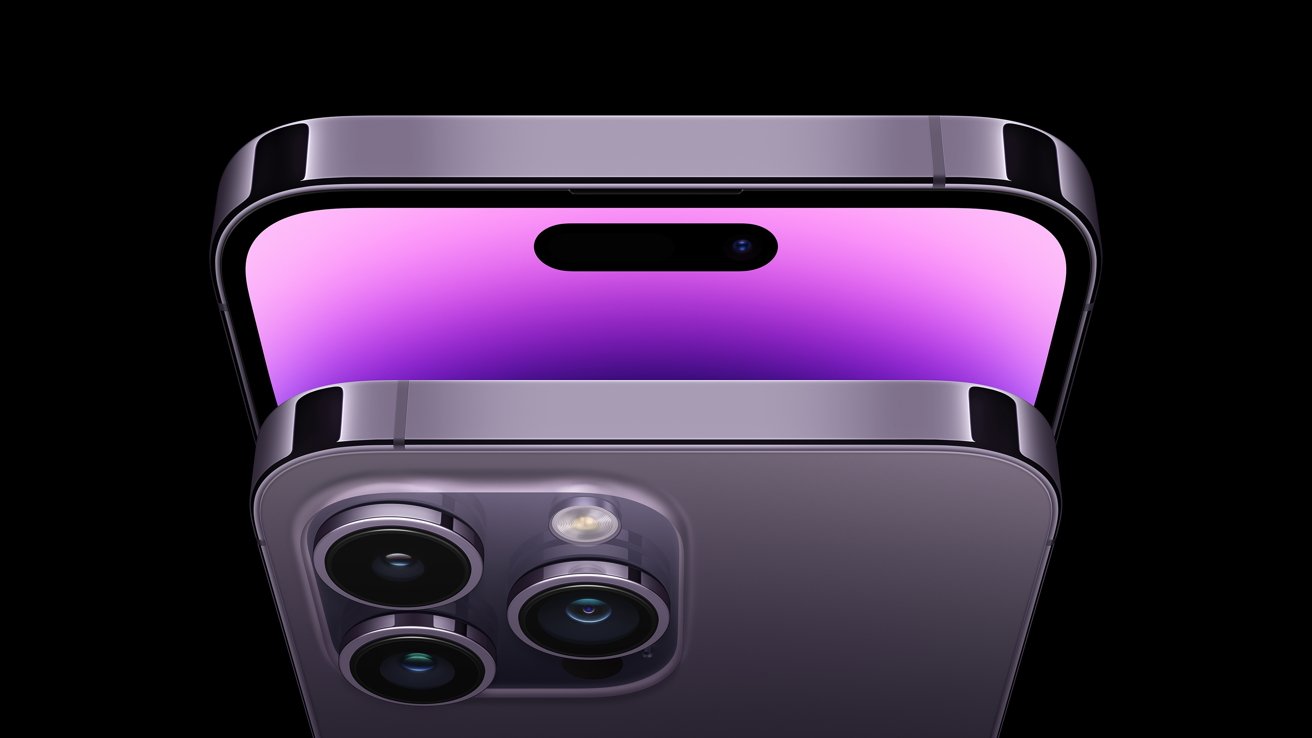 Using Lightning, there’s fast charging as usual, with the Pro models achieving a 50% charge in 30 minutes on a 20W adapter, while the Pro Max versions need 35 minutes to do the same.

Apple also says that battery life is improved on the new models. The iPhone 14 Pro supports up to 23 hours of battery when used for local video playback, while the iPhone 14 Pro Max can last up to 29 hours.

In any case, all Pro models will be able to handle more than a day’s use and potentially could last a weekend on battery with more prudent usage patterns.

Apple rates all models at IP68, which it claims gives dust and water resistance to a maximum depth of 6 meters for up to 30 minutes.

To go with the new Emergency SOS via Satellite, the iPhone 14 Pro models both have Crash Detection. On detecting a potential car accident using its sensors, the iPhone will automatically put a call out to emergency services unless it receives a response from a passenger. 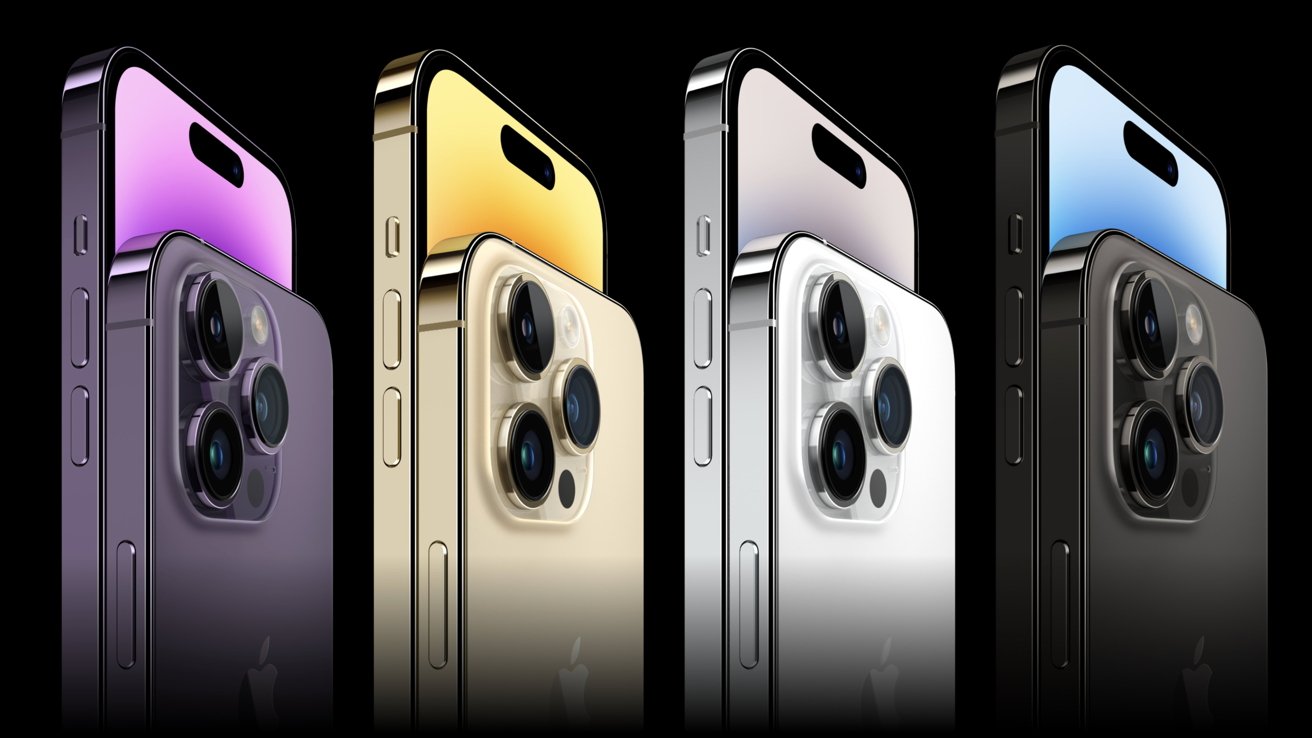 The colors of the iPhone 14 Pro range.

If you’re on an upgrade cycle or you’ve been waiting for the latest generation to upgrade, then buying an iPhone 14 Pro or iPhone 14 Pro Max is a no-brainer.

However, when comparing the year-old version to the current generation, the decision is tougher. The iPhone 13 Pro and iPhone 13 Pro Max are still exceptional smartphones that stand on their own.

On the other hand, the iPhone 14 Pro and iPhone 14 Pro Max bring a lot of new capabilities to the table that might entice some early adopters or tech aficionados.

An always-on display will be welcomed by those who want core information they’re tracking to be easily available without needing to worry about turning on the iPhone completely. The A16 chip will also be beneficial for anyone who demands high performance from their smartphone.

The camera change to 48MP for the Wide sensor has been a long time coming and will be a boon for videographers and photographers keen to take advantage of a readily-available camera in their pocket. Action Mode will also benefit video productions, which already embrace smartphones as impromptu video sources.

Those few people who like to go off-grid will probably want the additional safety of being able to summon help while in the wilderness that comes with the iPhone 14 Pro line.

For those who desperately need a 48MP imaging sensor in their iPhone, the update is certainly warranted, but it may not be for absolutely everyone.

Wireless carriers offer incentives on the iPhone 14 Pro and iPhone Pro Max, as well as the iPhone 13 Pro and Pro Max. You can check out the latest iPhone deals at: