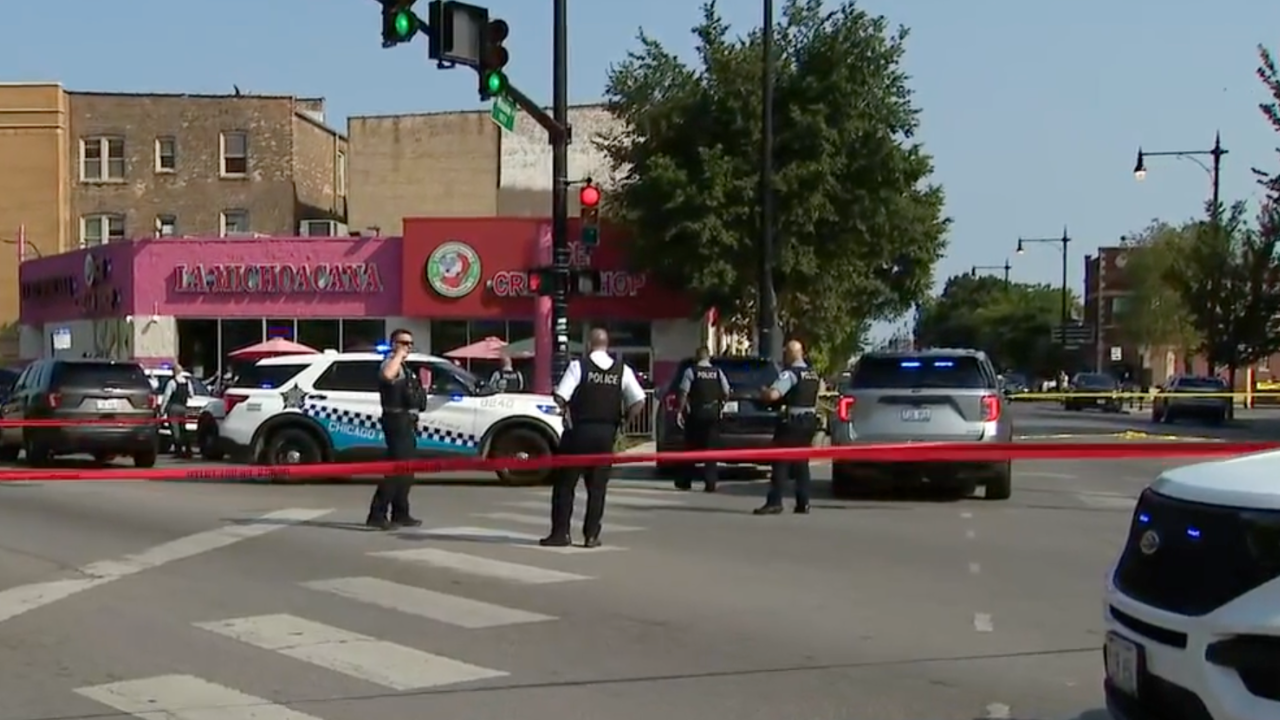 Thirty people were shot – including three who were under 15 years old – and at least four were killed in Chicago over the weekend, police said Monday.

Chicago Police Department reported 26 shootings throughout the Windy City, and four murders, with a possible fifth case pending autopsy results from the medical examiner, according to officials and sources.

The youngest surviving shooting victim, a 13-year-old male, had broken into a Kia on South Langley Avenue around 2:35 p.m. Sunday when he was confronted by the vehicle’s armed owner, police said. The owner, a 26-year-old concealed carry licensee, then pulled out a handgun and shot the alleged criminal, who was also armed with a weapon at the time, cops said.

The teen taken to a local hospital with a gunshot wound to his leg. The 26-year-old was questioned by police, and the incident is still under investigation.

Photo shows a crime scene from August 24, 2022, when four people in Chicago were injured during a drive-by shooting outside a high school on the city’s Northwest side.
(FOX 32)

Later that day, a 14-year-old girl was inside a home on the 1200 block of West 81st Street when she suffered a gunshot wound to her face and was critically injured, cops said.

Investigators determined a man “forced his way into the residence after a man inside the residence opened the back door,” police said. The pair began physically fighting, at which point the gunman opened fire, and wounded the teenager, before fleeing, according to authorities.

CHICAGO ATTEMPTED KIDNAPPER OFFERED MOTHER MONEY FOR GIRL, 5, BEFORE TRYING TO PULL CHILD AWAY BY HER HAIR

The victim was rushed to an area hospital. Police have not provided any information regarding arrests or a suspect.

The weekend’s crime statistics were a far cry from those from the extended holiday weekend, when police reported 47 shootings with 55 victims and 11 homicide victims from Friday night through Monday.

Meanwhile, Chicago officials are grappling with an influx of migrants who are being bussed into the state and city from Texas.

Stephanie Pagones is a Digital Reporter for FOX Business and Fox News. Story tips can be sent to stephanie.pagones@fox.com and on Twitter: @steph_pagones.