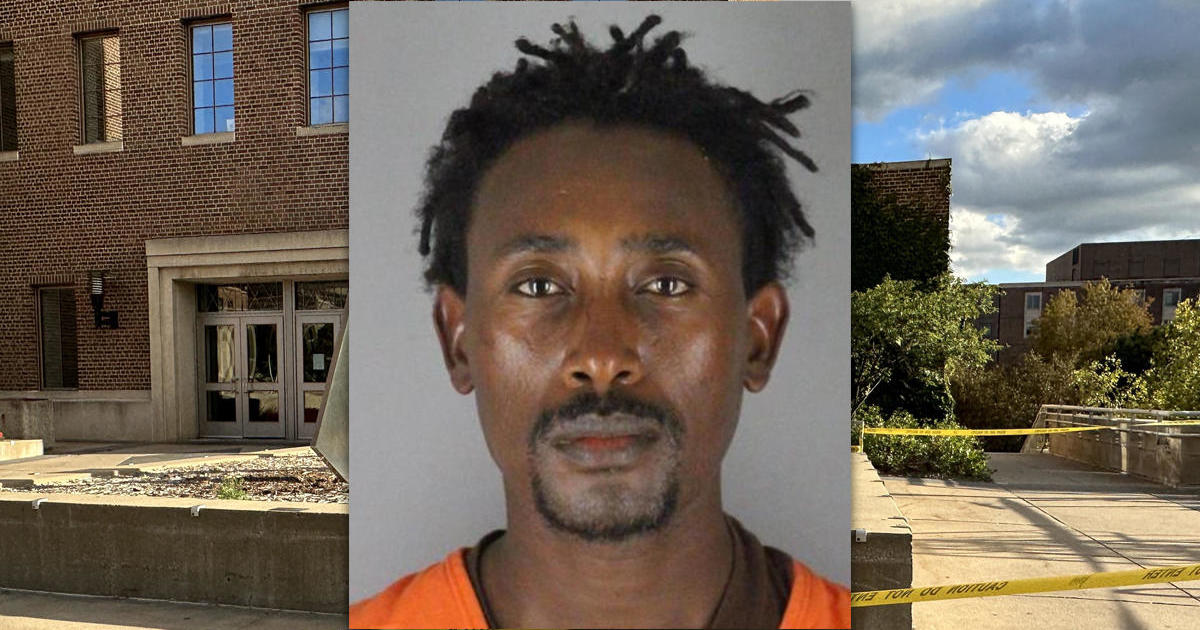 MINNEAPOLIS – A Minneapolis man faces felony charges due to a bomb threat he allegedly made after harassing women at the University of Minnesota’s Coffman Memorial Union Wednesday evening.

The Hennepin County Attorney’s Office says 36-year-old Ahmed Mohamed Umar is charged with one count of making threats of violence. The criminal complaint states Umar was reported to be “filming students” inside the union and “repeatedly attempting to enter a room, and refusing to leave.”

Police arrived and escorted him out of the building. They soon discovered Umar had an active warrant out for his arrest for failing to appear in Dakota County Court. When officers asked him if he was in possession of any weapons, Umar allegedly said, “I have a bomb,” then pointed to his backpack next to him on the ground.

Officers pulled Umar away from the building and began evacuating the area, as well as closing down nearby sidewalks and streets.

The Minneapolis Police Bomb Squad was called in and found no explosives inside his bag.

Witnesses say before police were called, Umar had approached a young woman and “asked to hug and kiss her.” She then joined other young women inside a study room, and Umar allegedly began filming them with his cellphone, commenting that the women were “fresh.”

Authorities say Umar has “been charged with trespassing more than 20 times in Minnesota within the past three years,” among other crimes. If convicted in this case, Umar could face up to three years in prison.

Coffman Memorial Union was closed for about two hours during the investigation. University officials confirmed Wednesday night that the threat wasn’t related to the several “swatting” incidents that happened earlier in the day involving schools in Minnesota and across the nation.

The WCCO Staff is a group of experienced journalists who bring you the content on WCCO.com.