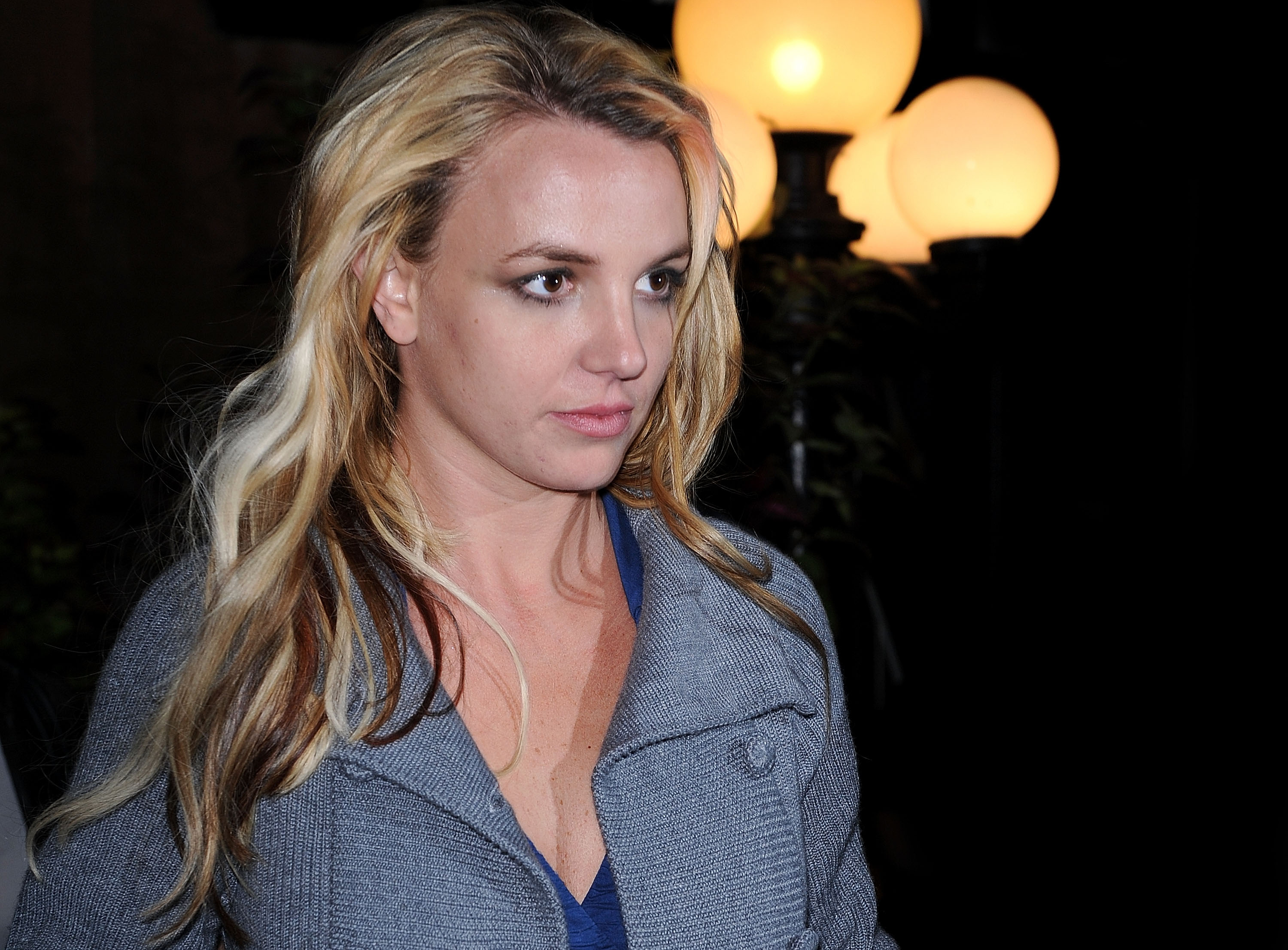 Fans of Britney Spears have long watched her every move on Instagram to try to determine her health, safety and state of mind. On Sunday, September 11, her state was undeniably angry.

The pop star, who recently changed the name of her Instagram to “Channel 8,” posted a photo of herself taken from behind, with a heart emoji covering her rear end. In the caption, she directed a message to her father and former conservator, Jamie Spears: “See this picture right here … kiss my G** damn mother f**king a** you f**king bast**d.” She ended the message with a peach emoji.

She also referenced a photo she didn’t like that she suggested her father had posted in order to make her look bad, saying, “Psss …and father the beautiful picture you guys put up of me in New York City for Pepsi making me cry looking 80 years old … see this picture right here.”

On November 12, 2021, Jamie Spears 13-year conservatorship of his daughter—which controlled both her estate and her person—was finally dissolved after a long fight on Britney’s part and with support from the #FreeBritney movement. She tweeted that day, ” “I think I’m gonna cry the rest of the day !!!! Best day ever.”

Since then, Britney has gotten pregnant and, in May, subsequently miscarried; married her longtime love, Sam Asghari, on June 9; and released a duet with Elton John, “Hold Me Closer” on August 26. Though the song received mixed critical reviews, it marked the superstar’s first new music since 2016 and debuted at No. 6 on Billboard‘s Hot 100.

Most recently, she’s been in the news for a public battle with her ex, Kevin Federline, who is father to her teenage sons, Jayden James and Sean Preston. Federline told 60 Minutes Australia that their children were embarrassed by their mom’s frequent nude posts on Instagram.

“Look, maybe that’s just another way she tries to express herself,” Federline said. “But that doesn’t take away from the fact of what it does to them. It’s tough. I can’t imagine how it feels to be a teenager having to go to high school.”

Spears responded on Instagram, writing, “It saddens me to hear that my ex-husband has decided to discuss the relationship between me and my children,” she posted on Saturday. “As we all know, raising teenage boys is never easy for anyone. It concerns me the reason is based on my Instagram. It was LONG before Instagram.”

Since the end of her conservatorship, Britney has frequently used Instagram as her platform of choice for sharing videos, photos and long often stream-of-conscious messages, rallying some fans and concerning others for her health and safety.

Her message to her dad on September 11 was preceded by a long missive that included news that the only video made during her conservatorship that she liked was for her track “Work Bitch,” ruminations on being short and an admission that “I’m pretty traumatized for life and yes I’m pissed f**k and now I won’t probably perform again because I’m stubborn and I will my point.”

Comments from followers on Sunday night’s posted ranged from “Queen” to “Britney, just want you to know that you are loved” and “Please get help” with a crying emoji.

Newsweek has reached out to representatives for Britney Spears and Jamie Spears for comment.