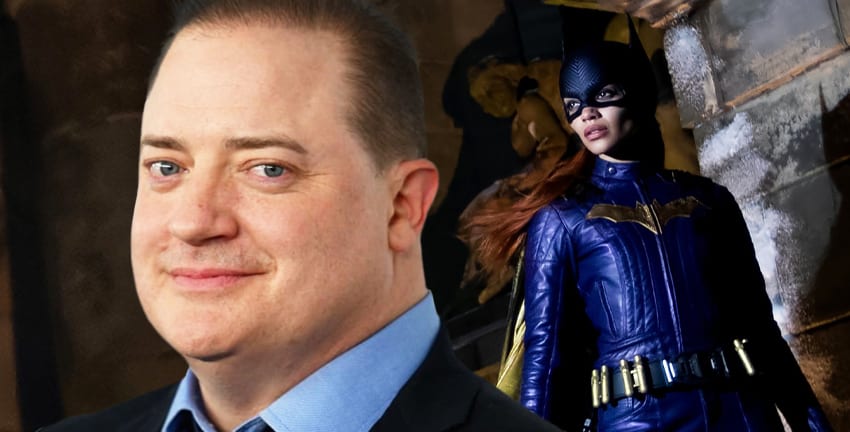 As a Brendan Fraser fan from way back, not only has it been great to see the actor make his return, but it’s lovely to see the overwhelmingly positive response he’s received. Although much of the attention has been focused on Darren Aronofsky’s The Whale, Brendan Fraser also starred alongside Leslie Grace in the Batgirl movie shelved by Warner Bros. Discovery last month.

While speaking with Variety, Brendan Fraser commented on the cancellation of Batgirl, which is something he was very disappointed by.

It’s disappointing. The fans really wanted to see this film made. Leslie Grace is a dynamo. The movie was shot and conceived for a smaller screen. In this age that we’ve come out of now between streaming service versus theatrical release, it wound up being the canary in the coal mine.

Brendan Fraser played Ted Carson in Batgirl, a disgruntled veteran who becomes the sociopathic pyromaniac known as Firefly. In addition to Leslie Grace and Brendan Fraser, the movie also featured Michael Keaton reprising the role of Bruce Wayne/Batman. Warner Bros. Discovery’s cancellation of the movie prompted quite the reaction, which studio CFO Gunnar Wiedenfels recently claimed was “blown out of proportion.” Will we ever get to see it one day? I suppose time will tell.

Brendan Fraser recently took home the Tribute Award at the Toronto International Film Festival, which was clearly quite an emotional moment, but he still joked with the audience. “Wow, this is new for me because normally I am the guy at the podium who hands these things out,” Fraser said. “I think that the last time I waited to hear my name called out loud to receive an award was in grade 4, and it was from the peewee bowling league.” The Whale will be released in theaters on December 9th.