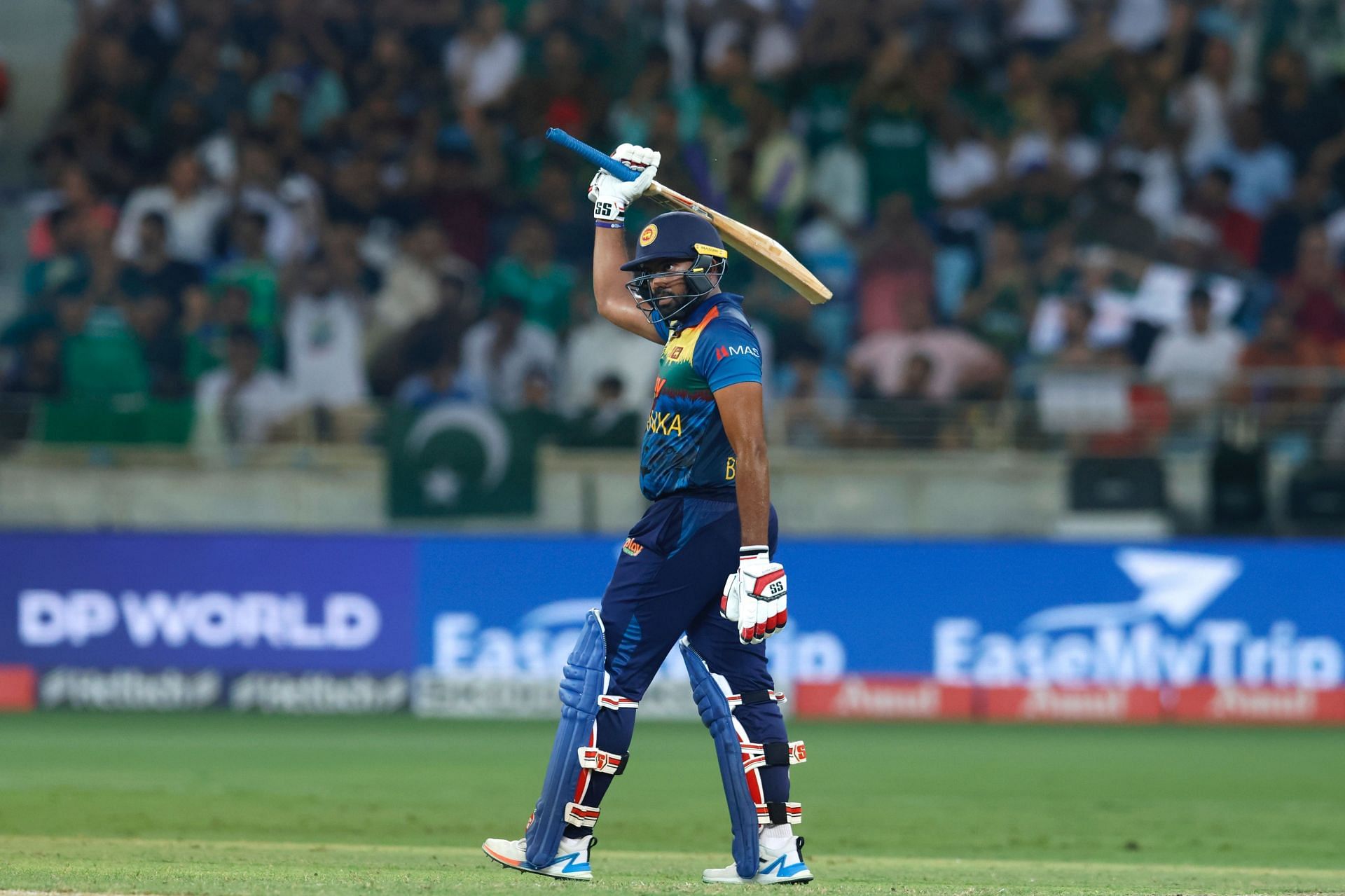 Gautam Gambhir has rated Bhanuka Rajapaksa’s knock in the Asia Cup 2022 final between Sri Lanka and Pakistan among the top five innings in T20 cricket.

Rajapaksa scored an unbeaten 71 off 45 deliveries as the Lankan Lions set a 171-run target for Babar Azam and Co. in Dubai on Sunday, September 11. Their bowlers then restricted the Men in Green to 147 to register a 23-run win.

During a post-match discussion on Star Sports, Gambhir was all praise for Rajapaksa’s knock, saying:

“Unbelievable because everything was against him and despite that, if you play so well, it shows that centuries don’t matter but the runs that win you the tournament matter.”

Gambhir placed the Sri Lankan southpaw’s knock on a high pedestal. He reasoned:

“Five batters were dismissed, Asia Cup final, no one had given them a chance and after that to take them to 170, you generally play high-risk cricket and to keep that aside and play low-risk cricket.”

Bhanuka Rajapaksa is the Player Of The Match of Asia Cup 2022 Final. An innings to remember for him for a very long time!

Bhanuka Rajapaksa is the Player Of The Match of Asia Cup 2022 Final. An innings to remember for him for a very long time! https://t.co/E0xlHtnRdJ

Sri Lanka were reduced to 58/5 in the ninth over after being asked to bat first. The 30-year-old left-hander then strung together half-century partnerships with Wanindu Hasaranga (36) and Chamika Karunaratne (14*) to help his side post a defendable score.

While praising the Punjab Kings (PBKS) batter for his improved showing against pace, Gambhir was particularly in awe of the last six he hit. The cricketer-turned-commentator said:

“Before this, it was said about Bhanuka that he plays spin well. But today the way he played against the fast bowling and three fast bowlers who bowl at a speed of more than 140 kph, he played till the end. The last six he hit over the covers, that is natural ability, no one can teach that.”

Rajapaksa struck six fours and three sixes during his unbeaten 71-run knock. He smoked the last ball of the Sri Lankan innings bowled by Naseem Shah over extra cover for a majestic maximum.