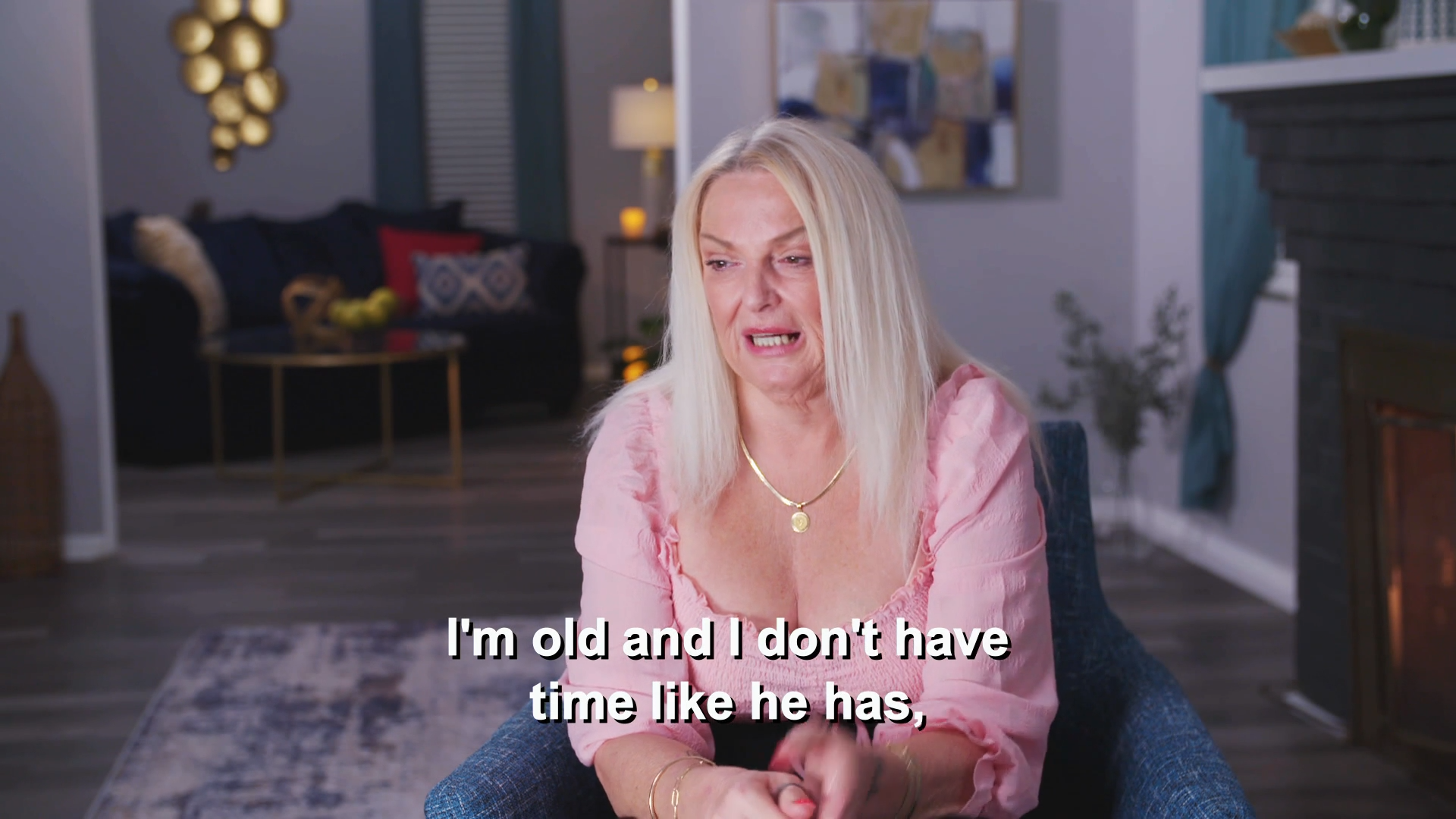 Angela Deem made her season debut on Season 7, Episode 3 of 90 Day Fiance: Happily Ever After? this weekend.

The longtime franchise villain is a familiar face for viewers. Her cackle is also recognizable as ever.

But this time, things are different. Despite being married to Michael Ilesanmi, they almost seem to be over.

It turns out that Angela doubts her husband’s true intentions. For apparently the first time, she wonders if he’s a scammer.

Angela Deem began her appearance on this season by doing yoga. It was her first class.

Despite her unorthodox choice of beverage, she seemed willing to try something new.

Allegedly, all of this is part of her health journey. Many wonder if she’s trying to pull one over on fans, making it seem like her bad behavior is all in the past.

Angela explains to the camera that things are bad with Michael, and not just because they’ve been apart for so long.

There is a distance between them. It feels like the “spark” is gone.

And, for reasons that become clear later during her footage, she wonders if he is cheating on her … and if he’s been using her for money.

Then again, Angela — who benefits greatly from her story with Michael — isn’t really one to talk.

(The cast does not make much money directly from the show, but Angela has been able to cash in on her fame in many ways)

See, she has found a new man. The two shower each other with compliments during their flirty video chats.

Billy once worked as a stripper, known as the “Thief of Hearts.” Now, he still dances.

He and Angela have shared dances on TikTok. Now, she is talking about visiting him in Canada.

Viewers know all too well that Angela would pitch a monumental fit if Michael did anything of the sort. What’s going on?

As it turns out, Angela is having something of a crisis of confidence about this marriage. She cries about it to the camera.

She is in her mid-50s. Michael is 33. She is panicking that she has spent too much time on — potentially — the wrong man.

Of course, all appearances aside, Angela isn’t old old. If she wants a new partner, she might have decades to find one.

Later, we see Angela speak to her attorney about her concerns.

She says that Michael has created an Instagram against her wishes. He has blocked her on it.

And, again, the spark is gone. He no longer asks to see her breasts. They don’t have sex over video chat like they once did.

This is the face of an attorney who is not paid enough for all of this.

Incidentally, he does explain to the camera that Angela is not alone. Many people misinterpret lawyers for counselors.

Very few do so as colorfully as Angela, we’re sure, but he was professional enough to not say that part.

Angela shows a screenshot of her phone in which she apparently sent Michael voicemails about his Instagram.

One can only imagine how toxic and cruel the audio was … which is likely why she did not send it in text form.

Michael, meanwhile, replied with an “offer” to take it down for $5,000. Obviously not happening. And obviously dysfunctional.

After sharing Michael’s iteration of the “for $8,000 a month, I will stop” meme, Angela hears something that startles her.

Her attorney notes that Michael’s visa paperwork is processing.

He could receive his visa to come to the US in the next few months. Or, he could receive it tomorrow. Angela has a decision to make before that happens.