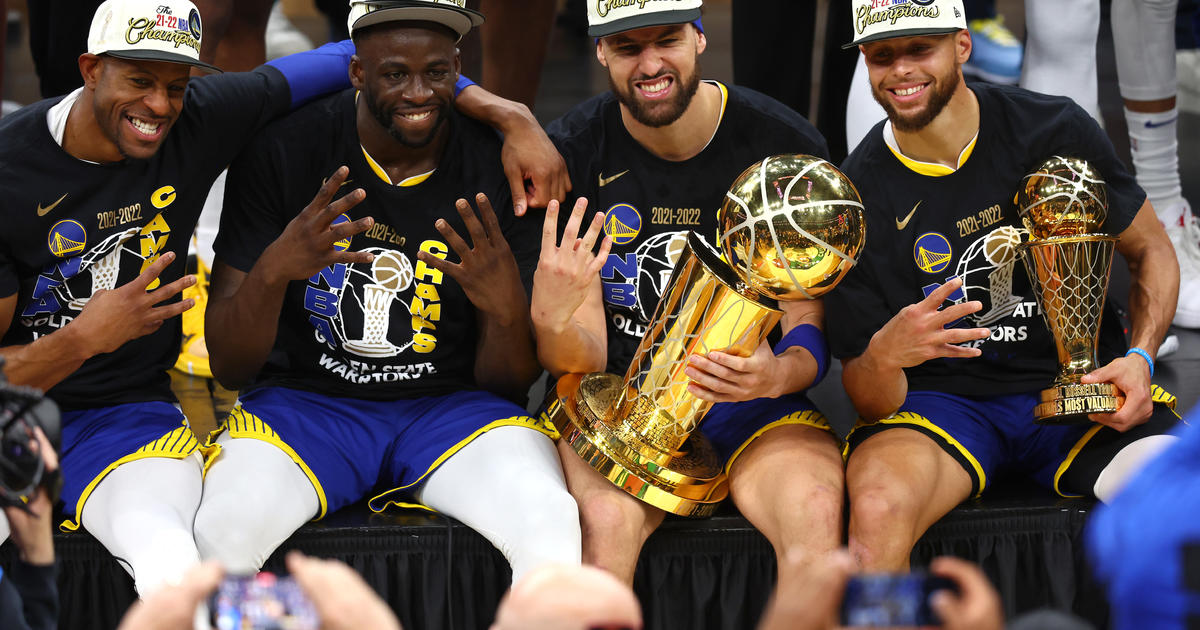 SAN FRANCISCO — On the eve of the start of training camp, veteran forward Andre Iguodala took to his podcast Friday, announcing he will be returning for the upcoming season.

Speaking on a special edition of his Point Forward podcast with Evan Turner, Iguodala cleared up one of the few lingering issues for the defending NBA champs.

“I myself will be returning for my 19th season,” he said. “I’m really looking to getting back with my guys on the court.”

Turner has been hanging out, doing the podcast with Iguodala, as the Warriors star considered his immediate course of action for the future. Meanwhile, the Warriors have left no doubt where they stood, keeping a roster position open and frequently stating they wanted Iguodala back.

When asked by Turner what factored into his decision, Iguodala replied: “I’m going to blame a few people.  Steph Curry is one person I’m going to blame…As a group, I’m blaming Draymond (Green), Steph and Klay (Thompson). Steve Kerr a little bit. Bob Myers. I think they all really showed me a lot of love.”

“They really helped me seen my presence outside of physically playing basketball, but also I really think Steve was a big culprit in terms of like (saying) ‘Listen we really need you on the court’ and Draymond was really big on that as well with the texts.”

He also talked the decision over with his wife and son.

“You know I was retired for the majority of the summer,” he said. “But my brothers kinda reeled me back in.”

Iguodala said he was really going to take in the special moments this year. Visiting popular attractions in cities on the road that he bypassed on earlier in his career.

“The last bus rides with the fellas, the last plane rides, but at the same time you know, I don’t know how to be one foot in and one foot out,” he said. “So in terms of competing, I’m going to be naturally myself.”

Iguodala has had a Hall of Fame career. He’s played in seven of the last eight NBA Finals. He’s won four titles all with the Warriors.

While he only appeared in just 31 games last season due to injury and his stats weren’t impress, his importance as a mentor and unofficial player-coach can’t be overlooked.